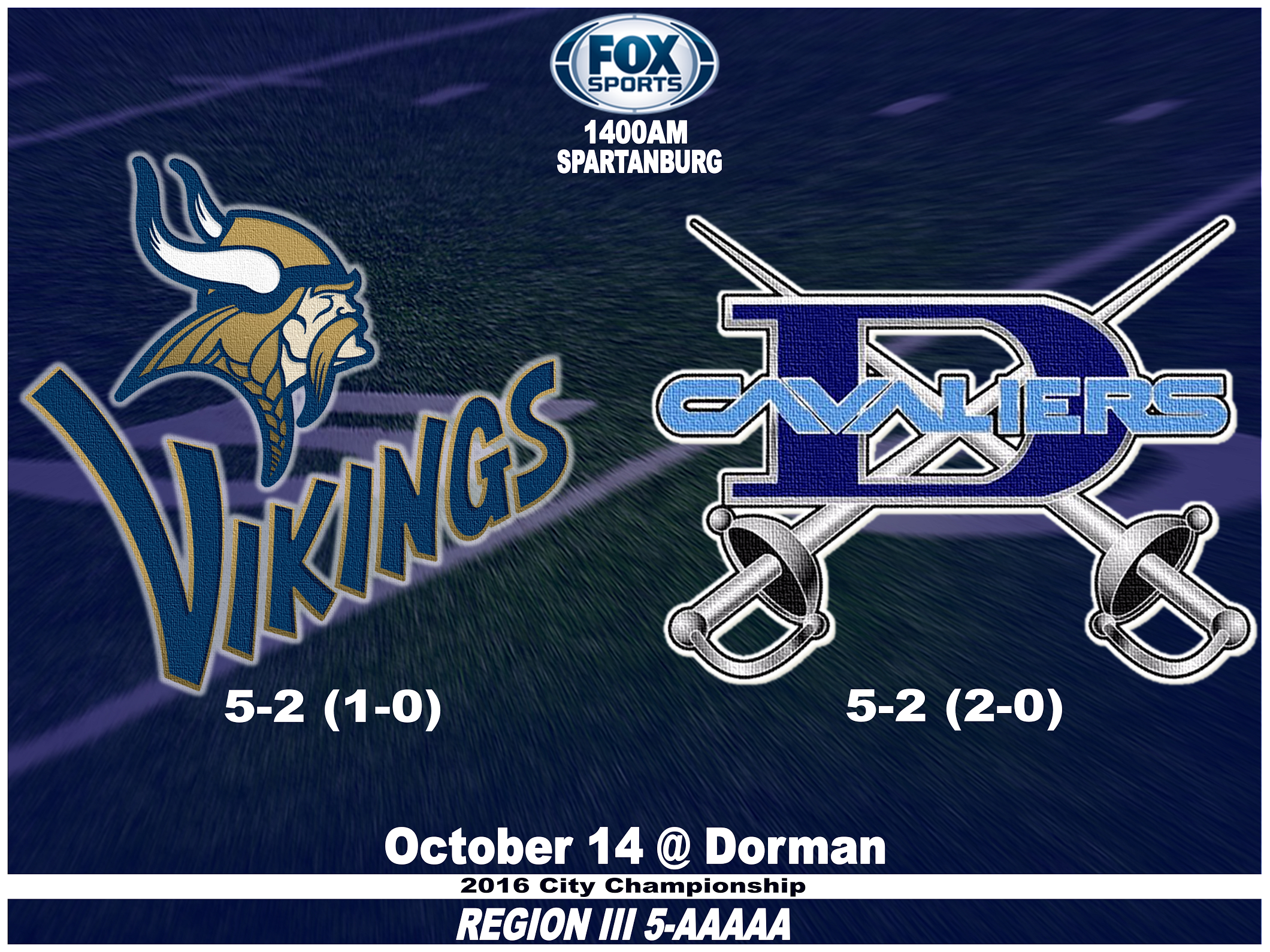 My first Spartanburg – Dorman game was so crowded, that I watched it from behind a tree at Gibbs Stadium because there was no room on the hill and I didn’t get to the game 45 minutes early, so there certainly weren’t any seats available. The Vikings won that day in 2003 35-26 in a great football game that was packed with crazy, loud, passionate fans.

Last season, Connor Shugart picked off Collin Hill with just under 50 seconds left in front of a crazy, loud, passionate group of fans which gave the Vikings another close win over the Cavaliers. Dorman won a lot of games in between those 2 events, but one thing remains the same when these two teams meet…the atmosphere is electric.

Dorman can wrap up Region III 5A with a win over the Vikings. Spartanburg would be the only undefeated team in the region with a victory but would still have 2 tough games remaining against Boiling Springs and at Gaffney. The schedule and small region size has made for a strange situation, but the Cavs and Vikings will play for a lot Friday night. Yes, the region of course, but every time Spartanburg and Dorman face off, there’s so much on the line. It’s a rivalry game, and simply put, it’s one of the best in the country at the high school level.

This rivalry has changed on and off the field over the years, but it whether it’s a down year for one or both teams, or region implications are on the line, the stadium will be packed, the players will be jacked up, and I can at least speak for one play by play man…keeping calm early in the call is always the biggest challenge when these 2 face off.

Dorman will need to get Jalen Fowler established on the ground early and often to force the Vikings to load the box. If that happens, the Cavaliers WRs will be able to have some one on one opportunities and they excel there.

Spartanburg will need to attack down the field early to open up holes for the run game. Spartanburg is at their best when they let their WRs use their athleticism to make plays down the field. If Spartanburg stays too comfortable around the line of scrimmage, that will play into the hands of Dorman’s strength on defense. The Cavs have struggled at times defending deep passes.

Whatever the game plans are, I can promise you this…both Dave Gutshall and Chris Miller will make excellent adjustments. I expect almost 2 completely different games, one in each half.

This is one of my favorite nights of the year…and Friday can’t get here soon enough.