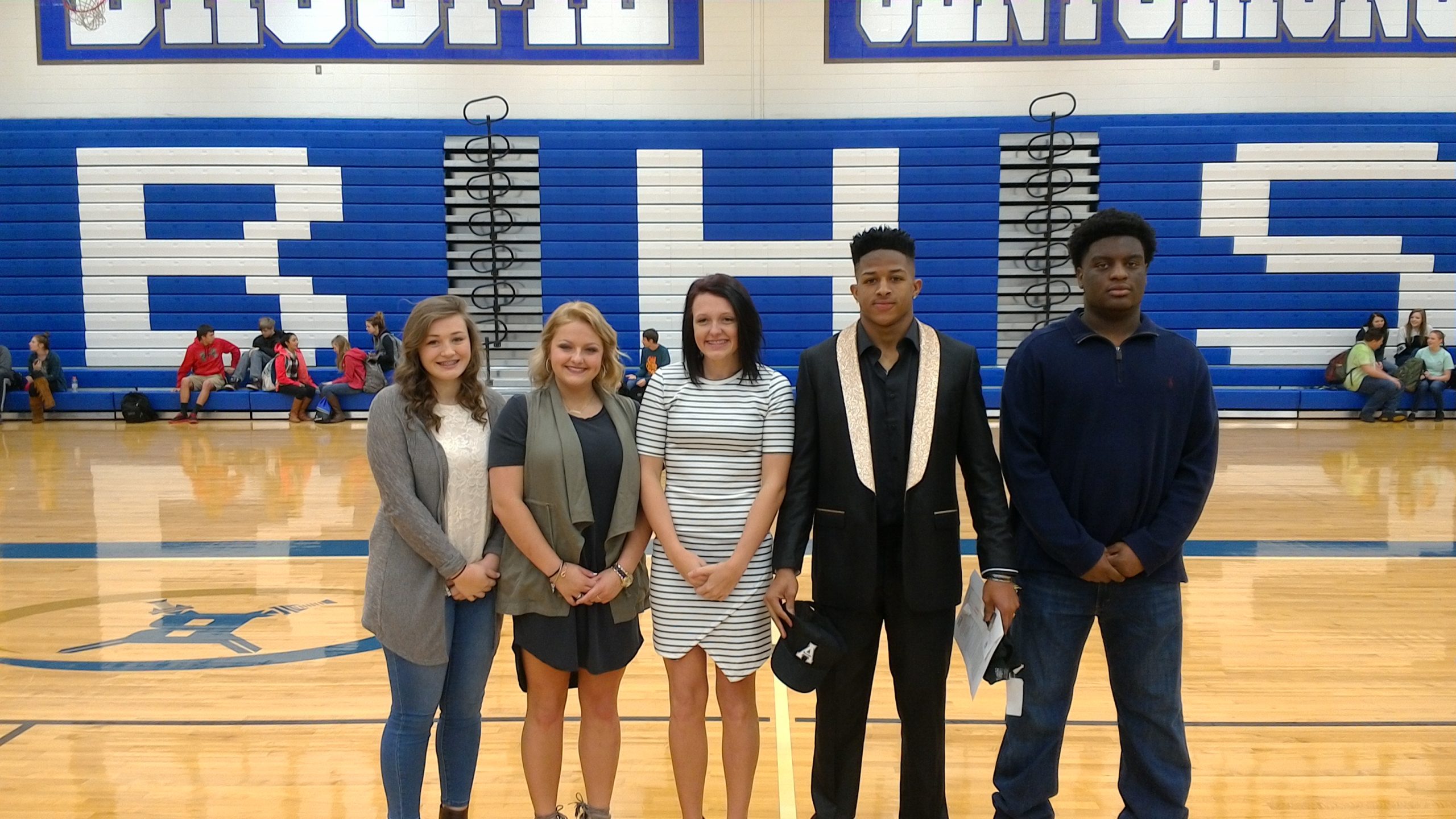 National Signing Day was a very important day for many people across the country. For five seniors at Broome High School, it was a day of celebrating years of hard work that culminated in a chance to continue playing the sport they love at the next level.

Alexis Arrington transferred to Broome for her sophomore year where she got to be a part of a very special girls soccer team. She played with a roster loaded with talent that went on to win the Centurions’ first ever region title in the sport.

Fast forward through a junior season where Arrington battled through injuries, she rebounded with a club team this offseason and earned the opportunity to sign her letter of intent with Spartanburg Methodist College.

For Arrington the process to choose SMC was “a very difficult process” that took a few months to work out. Ultimately, with several schools on her mind, she finally decided SMC offered more of what she was looking for in a school.

While they didn’t necessarily decide to play together at the collegiate level before searching for a university, once they both found out they could, it made their decision easier.

“I made (the decision) first then she did. We got offers. We didn’t know if we wanted to commit yet, but then (Powell) got an offer and then we just went together,” Phillips said.

Another factor for Powell’s decision was the size of USC Union. She felt it was perfect for her academic pursuits.

“It’s a small school so they have small classes. I feel like I can get more one-on-one with the teachers there, and I can get closer to more of the students there and athletes,” said Powell.

Anyone who has gone off to university experienced just how hard adjusting to college life can be. Powell and Phillips both believed they will benefit from having each other close by.

“I believe it will help me associate more with more people when I have someone else there with me. So maybe if she has friends I can hangout with her friends. If I have friends, she’s hanging out with mine,” Powell said.

Representing the football team, Ezekiel Stringer and D’Marco Jackson rounded out the Centurions to sign on Wednesday.

North Greenville University attracted Stringer when he went up for his visit. He really felt their program is headed in the right direction. Add in how tight knit the team was and Stringer knew he wanted to be a Crusader.

Before making his decision, Stringer was unsure of how his football life would proceed post high school. NGU put those concerns to rest.

“It was a lot of relief because beforehand I didn’t know what I was going to do, what school I was going to go to. I just felt like North Greenville was home for me,” said Stringer.

Signing his letter of intent wasn’t the end of Stringer’s work ahead. He knew that as he continues his career, his challenges will become tougher.

“Oh it’s going to be a lot tougher because moving up to the next level, everything gets harder as it goes,” Stringer said.

For Jackson, his verbal commitment did not end his recruiting journey. While having a senior year that put him in serious discussion for South Carolina’s Mr Football award, he suffered a season ending ACL injury.

For a lot of schools, that type of injury will give them pause on whether to continue to recruit an athlete no matter if a verbal commitment or offer was made. Luckily for Jackson, not only did he decide on the school that he felt was perfect for him, Appalachian State decided that Jackson’s injury didn’t negate their commitment to him.

“When I hurt my leg with the ACL, App St, they called me right after the game and said we’re going to stick right here with you through the whole thing,” Jackson explained.

That reassurance only served to confirm to Jackson his choice was the right one, when he was understandably concerned about his future. The Mountaineers even offered to have the surgery performed in Boone.

“They weren’t going to back out on me because of a hurt ACL. Then they offered to do my surgery up there. So it really tied me in with them, showing me they were going to be there for me even through the thick and thin,” Jackson said.

Jackson was already motivated to arrive in Boone ready to compete as hard as he could for a starting spot. The commitment App St showed him, though, has added even more incentive to give everything he has.

In addition to having the support of App St, Jackson’s coach at Broome, Jet Turner, instilled in him the mindset to press on through uncertain times exactly like his knee injury.

Gatorade Player of the Year
Bulldogs will continue careers in college