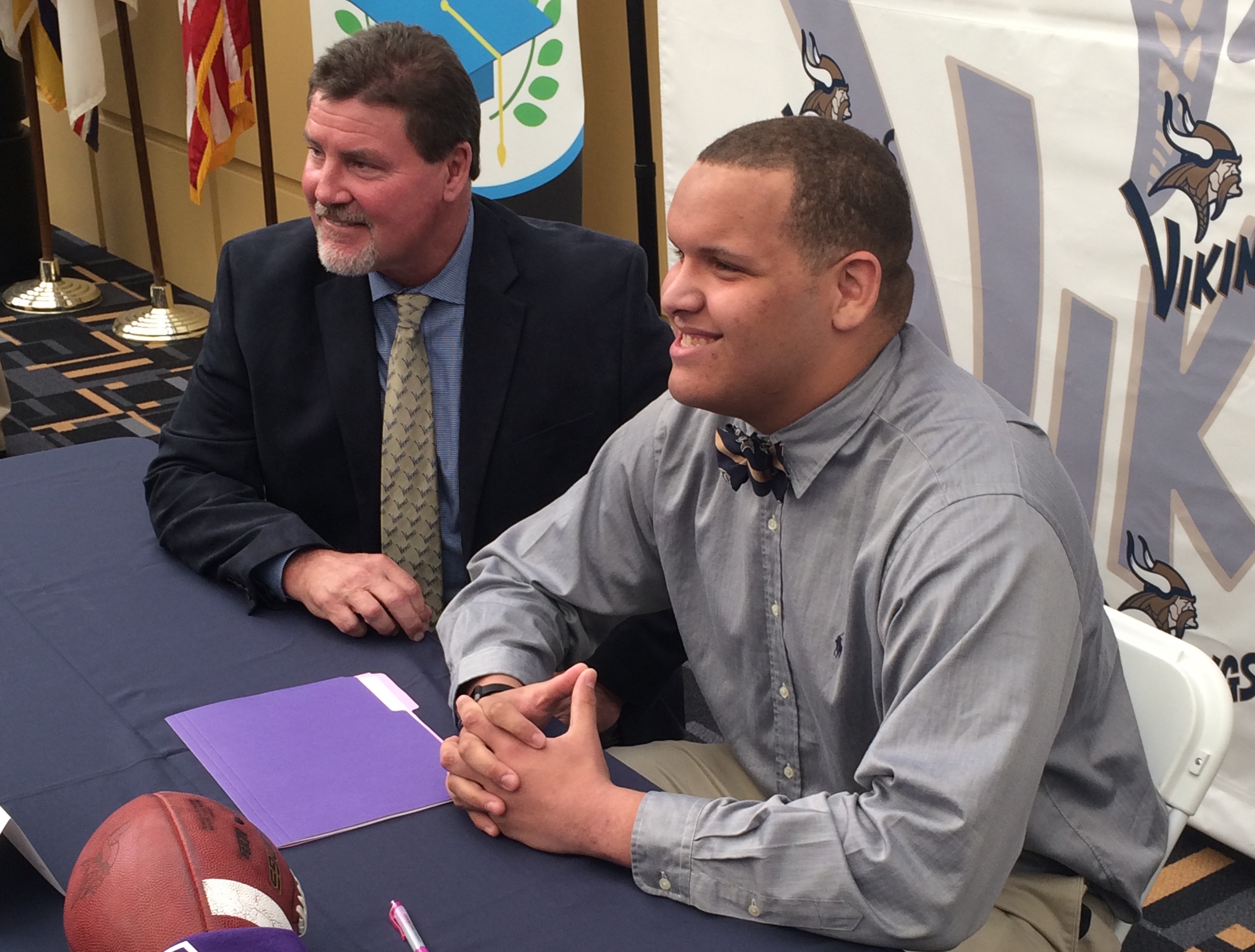 As a Shrine Bowl offensive lineman, Spartanburg’s Grady Thomas is used to attracting a lot of attention on the field.

He sure drew quite a crowd off the field on Wednesday.

“My goodness, Grady, look at all these folks,” Vikings’ athletic director Todd Staley said. “There are a lot of people excited to see you continue your career.”

Thomas is not only one of the Vikings’ most accomplished players, he’s one of Spartanburg’s best students, ranking in the top 12 percent of his senior class. He’s happy to be headed to Cullowhee to play for the Catamounts.

“Academically it suits me the best,” he said. “It also suits the way I play football. They have the same passion I have on and off the field. It’s the best school for me.”

Thomas is excited to begin and hopes to contribute quickly.

Thomas will major in physical therapy at Western Carolina. He looks forward to playing in the Southern Conference, particularly since his family will get to watch him play.

“My mom said she’d like to be able to go to every game,” he said. “I told her I’d do my best to make that happen.”