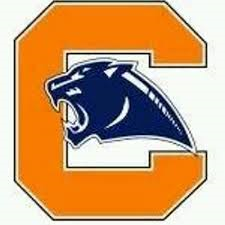 On Tuesday night the 3A playoff game between the second seeded Chapman Panthers and the third seeded Fairfield Central Griffins became a high scoring affair between the Panther’s Tyrell Oglesby and the Griffin’s Chandon Davis. When the final buzzer sounded it was Chapman who was able to walk away with a 86-75 victory and a trip to Seneca on Friday night.

The game was rather low scoring to start off as Chapman held a 17-12 lead at the end of the first quarter. In the second quarter though the Griffins picked up the pace as they outscored the Panthers 28-17 in the quarter behind ten points from Jalen Mazyck and nine points from Davis. The impressive second quarter scoring output led to the Griffins claiming a 40-34 lead over Chapman at halftime.

The third quarter saw both teams battle to a basic tie and Fairfield Central held a 58-55 lead heading into the fourth quarter. In the fourth quarter though it was all Panthers as they outscored the Griffins 31-17 in the quarter and came away with the 86-75 victory. After the game Chapman head coach Greg Wilson said about his team’s performance, “It really was a big win tonight. We’ve had three tough losses here at home to end the season and I just applaud our guys for having enough toughness to finish the game and for the effort plays in the fourth quarter. Those plays really made the difference.”

The matchup between Davis and Oglesby saw Davis finish with 25 points while the Panthers were led in scoring by Oglesby who had 30 points on Tuesday night. When asked about Oglesby’s impact Coach Wilson said, “I think his biggest attribute is just how hard he plays. He really rebounds the ball well and all of his plays are effort plays.”

The Panthers will continue their season Friday at number one seeded Seneca.