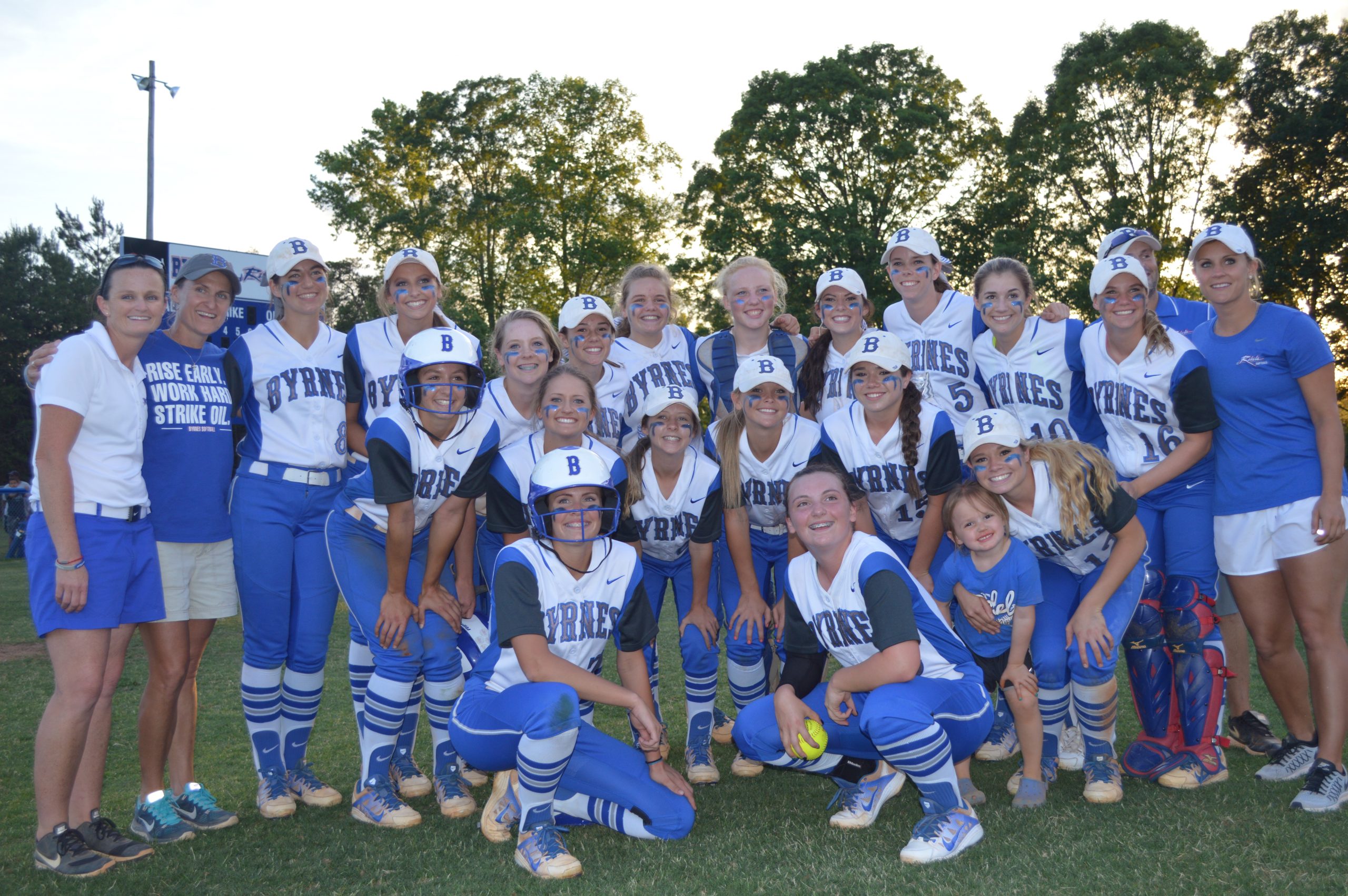 With softball season set to begin, Byrnes has found itself at the top of a very prestigious list.

MaxPreps is in the process of releasing its Fab 5 polls for each state, and Byrnes is at the top of the list for South Carolina.

The Rebels return the core of a team that went 30-4 a year ago, losing those four games by a combined five runs. Byrnes fell 3-2 and 2-1 to Stratford in the last two games of the 4A state title series to finish as state runner-up.

Seven starters and the entire pitching staff return from a team that recorded 17 shutouts and seven one-run defensive performances. Byrnes allowed 42 runs (29 earned) and averaged 10 runs per contest, hitting .408 as a team and recording 138 extra-base hits. Byrnes created havoc on the basepaths, swiping 108 bases. The Lady Rebels made just 24 errors and had a .955 fielding percentage.

The MaxPreps scouting report on the team is as follows:

“Key returnees are sophomore pitchers Kasey Widmyer (the USC-Upstate pledge was All-State, 13-2 with a 0.76 ERA, and averaged a strikeout per inning. She also batted .546), and Tatum Arboleda (the All-State pick batted .447 with 14 doubles, 22 RBIs and finished 17-2 with a 1.23 ERA). Other returnees of note are juniorsChrista Whitesides (All-Region choice who batted .384 with 28 runs), Lander University pledge Haven Pesce(All-Region pick batted .431 with 17 doubles, 46 RBIs, 48 runs scored) and senior Parker Birch (All-Region pick who batted .393 with a .466 on-base percentage, four homers, four triples, 12 doubles, 31 RBIs and 41 runs scored). Birch, who has signed with Erskine College, will be the starting shortstop for the fifth-straight season. Also back are senior Kristina Poe (Mississippi University for Women signee), freshman catcher Ada Grace Smith and junior outfielders Christa Whitesides and Kassie Rimel, both expected to commit to colleges in the near future.”

Following the Rebels on the list are Lugoff-Elgin at No. 2 and Fort Mill at No. 3. Union County and North Augusta round out the Top-5.