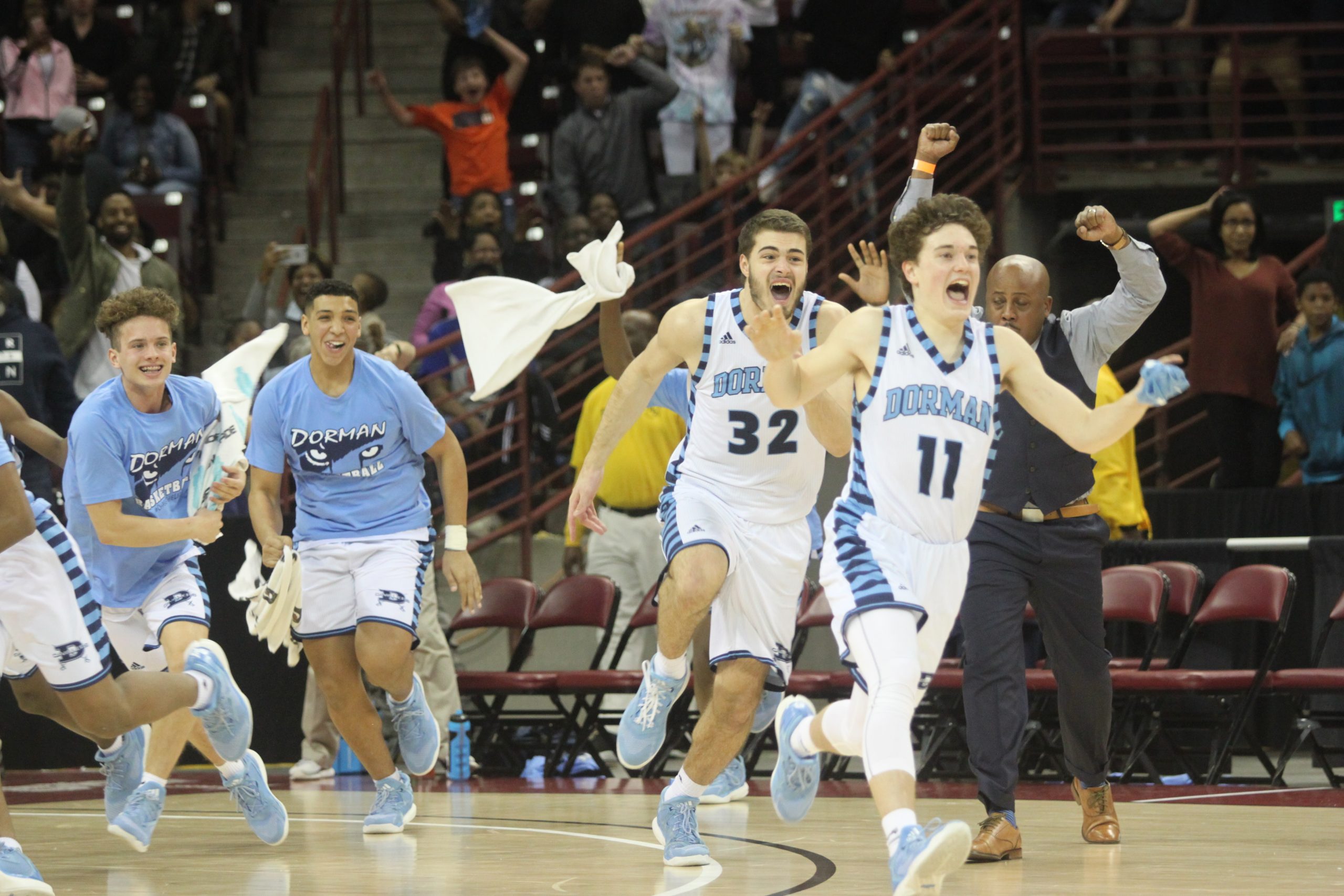 The shot that will be replayed in Dorman basketball history was Zach Butler’s best look of the night.

Harassed all over the during the 5A boys championship game by Blythewood’s tenacious defense, Dorman’s All-State senior guard attempted just six shots and scored a total of six points.

The last two came with 21 seconds left and staked Dorman to a 54-53 lead as the Cavaliers held on for a 55-53 victory and the school’s first-ever boys basketball title.

The play, a simple backdoor cut against a defensive overplay, provided the last of seven lead changes in a game that saw neither team lead by more than seven points. Called “Tomahawk”, the Cavaliers set the play up in a timeout.

“One of my assistants actually said let’s go Tomahawk, which is our backdoor play because they were playing a pressure defense,” Dorman coach Thomas Ryan said. “We were fortunate that it was there. Zach made a big play (from) a big pass for the game winner. It was huge.”

The lead changed hands four times in the last two minutes of the game, with Kameron Riley giving the Bengals a 51-50 lead for their first advantage since 9-5. Tyson McClain hit a layup to push the Cavaliers back in front with a layup before Keith Matthews scored to make it 53-52 and set the stage for Butler’s big shot. Tae Cannon secured his ninth defensive rebound of the night on Blythewood’s ensuing miss and knocked down one of two free throws for the final margin. Blythewood’s last offensive chance was a 3-pointer to win that bounced off the front of the rim.

Tyson McClain, who led all scorers with 13 points, had just two in the second half. His bucket down the stretch, though, pushed Dorman back in front at a crucial moment.

“We knew it was going to be a tough fight,” he said. “Blythewood is a very good team. We knew that they were going to come scrapping. We just had to prepare for that and fight with the same intensity.”

That intensity showed until the end, and as the Cavaliers celebrated around him, Ryan reflected on the moment.

“Those were two good basketball teams that played for 32 minutes,” he said. “We were just fortunate to make the right play at the right time, and then we had a great defensive rebound to seal it. I’m so proud of our kids. It was a great effort. I just thank the Lord for giving me the opportunity to be at Dorman. He’s blessed us in every way. He’s blessed us with 14 guys that you want to have on a team. The character of these guys is unbelievable.”