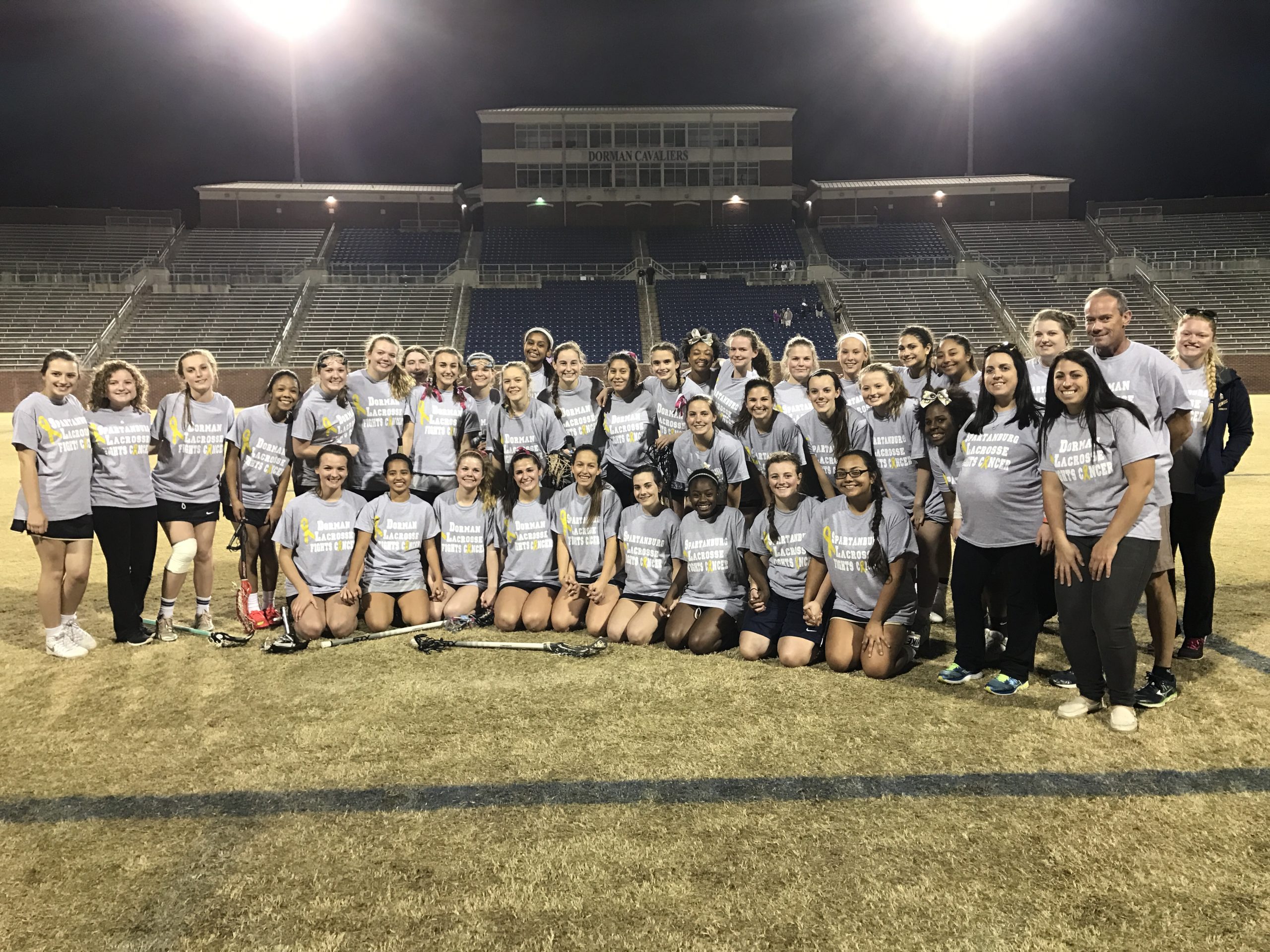 Lots of people in the world of South Carolina high school sports will tell you that Dorman and Spartanburg have the best rivalry there is.

You won’t get any argument from me. Every sport, every year, no matter how good or how bad either team is, Dorman-Spartanburg is appointment viewing.

Sometimes, though, it goes a little deeper. Sometimes, the rivalry on the field (or court, or diamond, or pitch) is as intense as always, but the common friendships in a town like Spartanburg trumps school ties.

Sometimes, your sport makes you family, regardless of your particular shade of blue.

Lacrosse is a perfect example. The sport’s community is strong but growing, and it seems sometimes like everybody knows everybody else. That’s particularly the case at Spartanburg and Dorman, where girls’ coaches Kelly Isaman and Racquel Prager played together at Limestone.

Their former teammate, Megan Smith is the Lacrosse coach at Converse College. She is a club coach as well, and knows a great many players from both Dorman and Spartanburg from that role.

As coaches and former teammates do, the women share information. Prager said that happens in every corner of the state.

“Everybody knows everybody and we’re always sending out practice plans and scouting reports,” she said. “It’s not just here. I’m from New York, and it’s from up there on down. The lacrosse family shares stuff.”

They sure do. Game plans. Practice strategies. Joy. Pain.

About that. Smith went to the doctor recently and a tumor was found behind her knee. The diagnosis came back as bone cancer. An operation looked to have removed it all, but a more recent scan showed a spot on her lung. Chemotherapy is required.

“The girls sold T-shirts, and they raised more than $650 to help with Megan’s treatment,” Prager said. “This rivalry is awesome. The girls really came together. It was their idea, and Spartanburg said absolutely without hesitation.”

The game score will show that Dorman won 14-10 behind four goals from Caitlyn Crocker and a hat trick each from Olivia Foltz and Courtney Hrubala. But the box score doesn’t show the importance of the game. For that, you’ll have to look at a photo taken just after the contest that shows about three dozen wide smiles and just as many “Fight Cancer” T-shirts.

Megan Smith is still in for a fight, but she’s got her lacrosse family behind her.