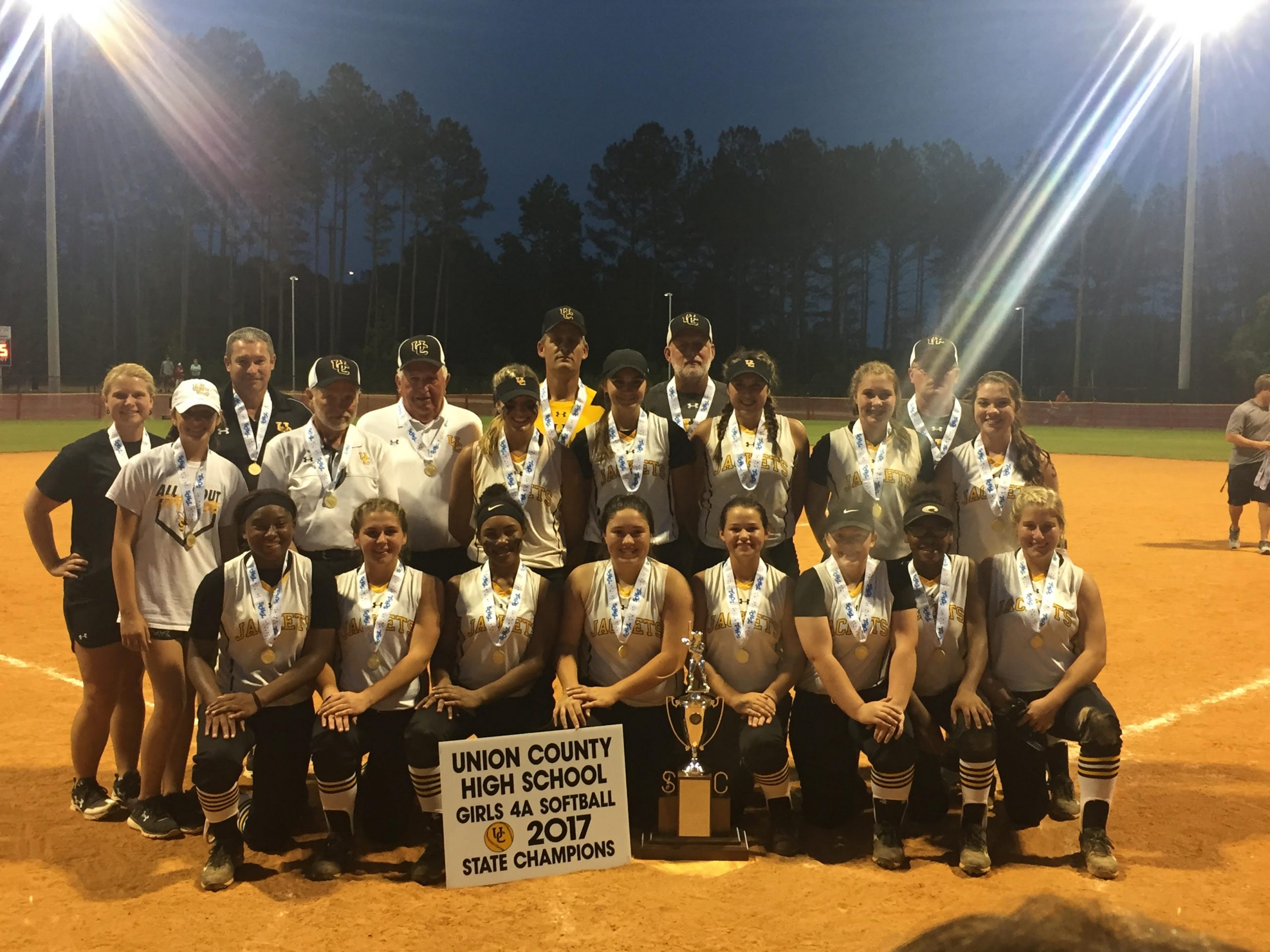 Bailey Betenbaugh pitched for the Lady Jackets and had another fantastic game. Betenbaugh surrendered two runs on only two hits in seven innings pitched for Union County.

Hartsville got on the board first in the top of the second when the leadoff batter for the Lady Red Foxes, Myra McDonald walked and then came around to score on a couple of errors by the Lady Jackets.

Hartsvilles 1-0 lead held until the bottom of the fourth when Abbie Valentine and Kristin Kicidis lead off the inning with back to back singles, were moved over by a Courtney Seymore sacrifice bunt, and then pinch runner Makala Grady tagged up and scored on a Rebecca Lee fly out that was caught in foul territory.

The score stayed tied at one until the top half of the seventh inning when McDonald walked again to leadoff the seventh.  McDonald then stole second and advanced to third, on a groundout back to Betenbaugh. The next batter grounded the ball to Ashley Vinson at 3rd who threw the ball home to try and put out the runner going home. Lady Jacket Catcher Abbie Valentine chased McDonald back to third where she slid in safely.  The ball was then thrown to second when the runner at first tried to advance to second. When the ball was thrown to second McDonald took off for home where she scored to give Hartsville a 2-1 lead.

The Lady Red Foxes took that 2-1 lead into the bottom of the seventh inning.  Rebecca Lee led off the inning with a single, and Coach Tommy Petty put in Ashanti Young to pinch run for Lee. The next Union County batter Naquandria Ray attempted to sacrifice the runner to second but the runner attempted to go from first to third and was thrown out at the bag at third.  Jazmyne Boyd then singled to put runners on first and second with one out. Katelyn Petty then singled to drive in Ray and tie the game at 2-2.  What happened next was like something from a movie. Tie game bottom of the final inning and the only senior on the team, Ashley Vinson walked up to the plate and hit a massive 3 run, walk-off homerun to give the Lady Jackets the win 5-2 and the Class AAAA State Title.

After the game Vinson stated, “ I was just looking for a base hit.” A base hit would have got it done for the Lady Jackets who would have still hoisted the trophy winning 3-2 but the homerun makes the story that much better.