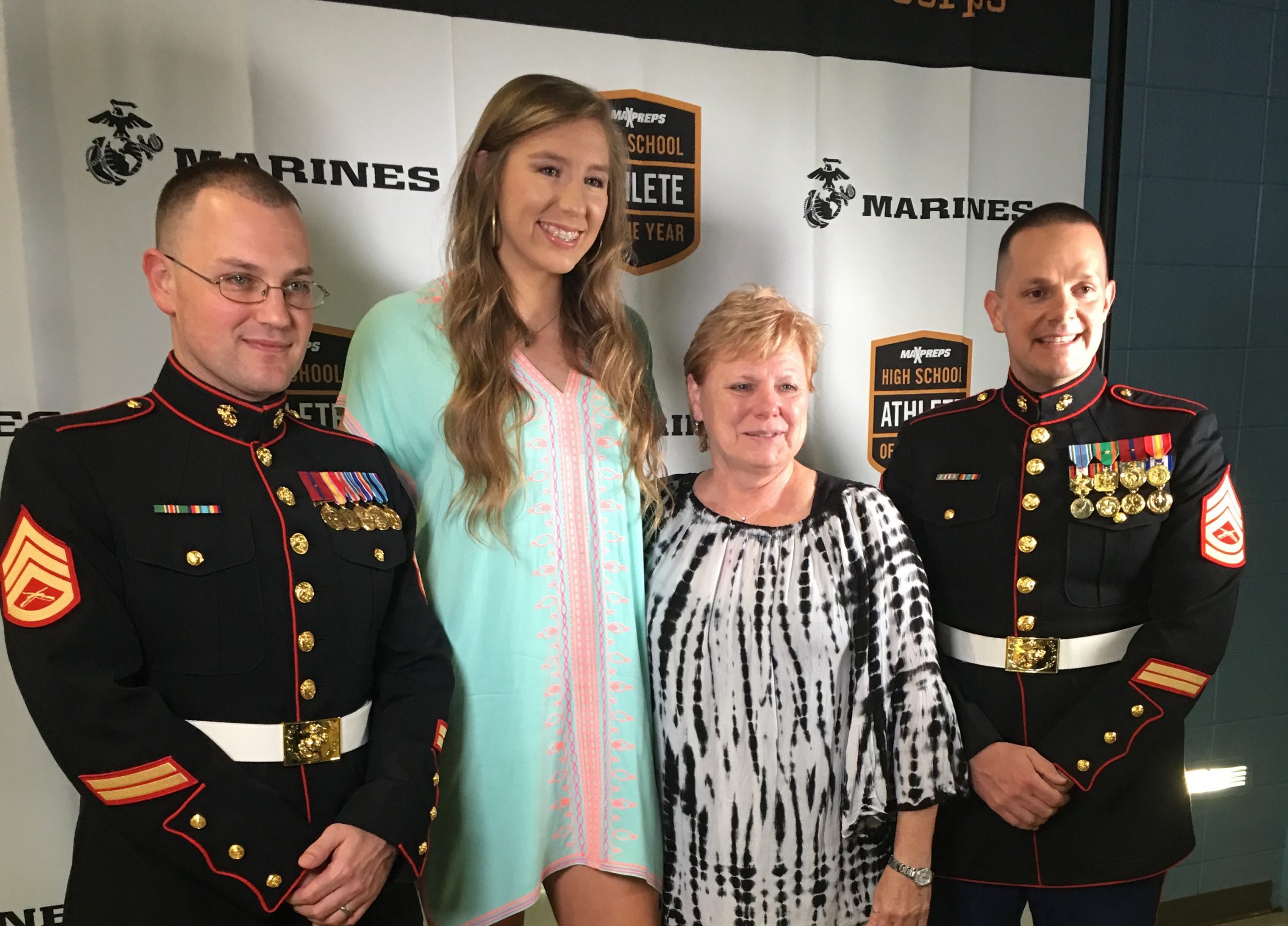 Dorman volleyball player Thayer Hall has been named the inaugural winner of the MaxPreps/U.S. Marine Corps Female Athlete of the Year Award.

“MaxPreps congratulates Thayer Hall on being named the High School Female Athlete of the Year,” said Andy Beal, Founder and President of MaxPreps. “High school sports are designed to build character and foster teamwork and a competitive spirit in our nation’s young people.  The MaxPreps High School Athlete of the Year Award represents those outstanding qualities that make not just great athletes, but more importantly fine citizens. MaxPreps is proud to honor this fine student-athlete in collaboration with the United States Marine Corps.”

“Thayer is one of the most fierce competitors you will ever find on the volleyball court. Her desire to win and play at the highest level is an inspiration to those who play and practice with her. She is truly the epitome of the well-rounded athlete: extraordinary talent and skill overshadowed only by her exemplary character and integrity,” said head volleyball coach Paula Kirkland. When asked what it means that Hall is receiving this award, Kirkland stated, “The Athlete of the Year award sums up how we all feel here at Dorman High School about Thayer. She is that athlete that not only represents our school at the highest-level skill wise, but also is a great teammate and classmate. She handles the attention and success with humility and grace, always giving credit to her Lord first and her teammates second. We are honored and blessed here at Dorman to have her represent our school.”

Hall has garnered much success playing volleyball in her high school career. She was named South Carolina’s Gatorade Volleyball Player of the Year two years in a row, High School Sports Report – Miss Volleyball three times in a row, and a USA Today All-American to name a few. She most recently was named the most valuable player of the U20 Women’s Volleyball Pan American Cup in Costa Rica, as the only non-collegiate player on the USA Women’s Junior National Team.

Hall’s off the court performance is just as impressive. She takes the time to attend practices of youth volleyball club teams in order to instruct and to inspire young volleyball players to go after their dreams and to boost their confidence. In addition to donating her time with youth volleyball, she volunteers locally on behalf of a soup kitchen, the Special Olympics, the Carolina Miracle League, and her church. In the classroom, she maintains a 4.3 GPA, is a member of the Beta Club and the National Honor Society, and volunteers her time to read to children at local elementary schools in her school district. In two years, Thayer will move on to play for the University of Florida.

“The United States Marine Corps, through the MaxPreps High School Athlete of the Year award is committed to recognizing one male and one female student athlete that embodies the fighting spirit which enables them to win battles and overcome challenges they face, both on and off the field. We’re proud to partner with MaxPreps in this powerful program showcasing student athletes that have a positive influence in their community” said Captain Sean Pangia.

MaxPreps picks one female and one male athlete each year to be named with the honor of High School Athlete of the Year, presented by the United States Marines Corps. MaxPreps sends out emails to all of their members of their site about nominating an athlete for the award. There are also links on MaxPreps.com for anyone to nominate a deserving athlete for this award. Nominations may be submitted by a coach, parent, peer, or teacher. MaxPreps then selects the most well-rounded athletes that match the qualities that are also found in the United States Marines Corps, like bravery, dedication, perseverance, personal sacrifice for others and being a positive influence in one’s community.