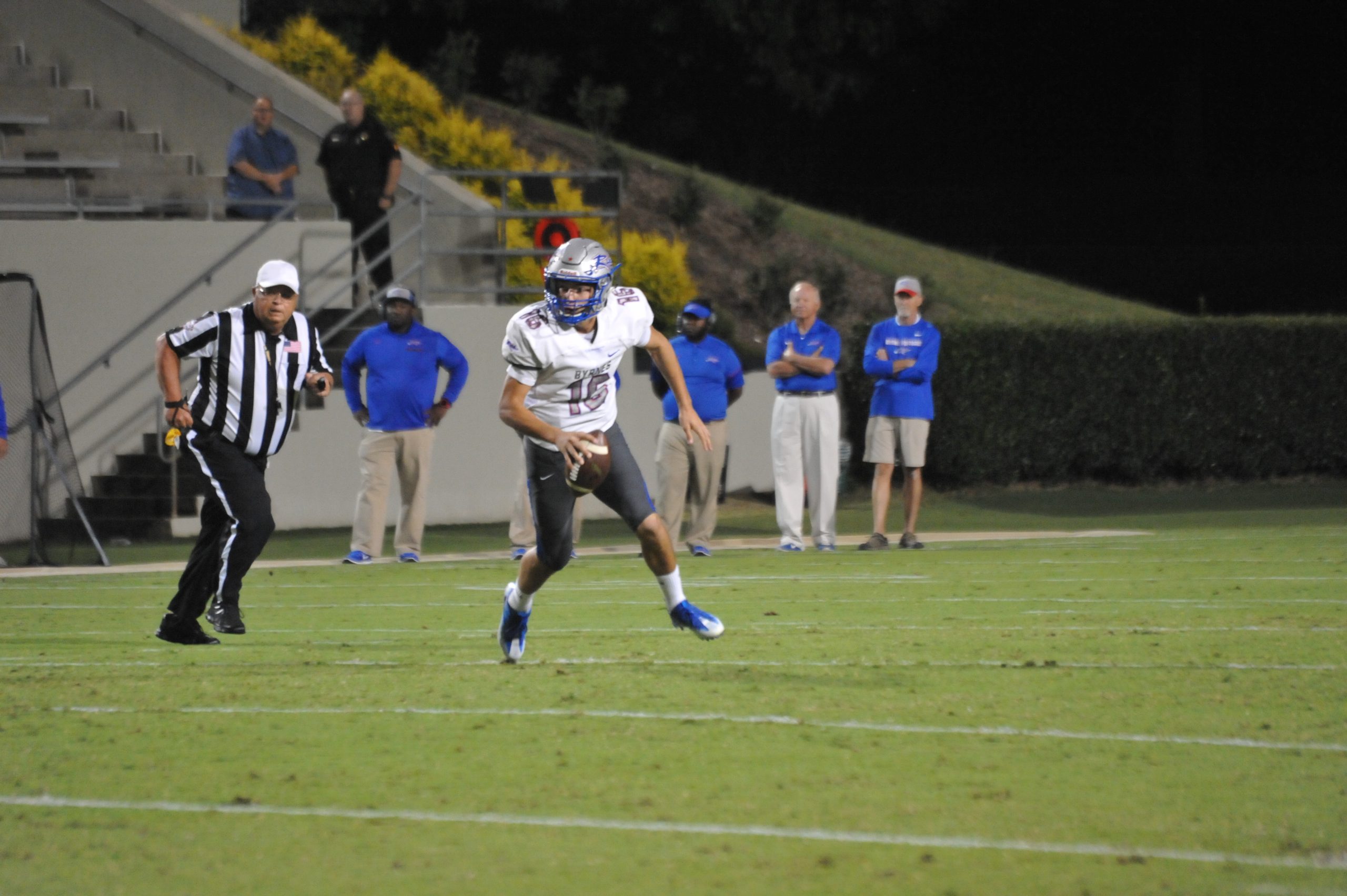 Wow, I sure did butcher the week zero picks. Some teams really surprised me in the first week of high school football action.  Some teams surprised me in a good way and some teams were surprisingly bad.  However, I will do my best not to overreact to what happened last Friday night.

Maybe this week I will do a better job.

Both of these teams were impressive last Friday night. Byrnes knocked off Myrtle Beach 51-0 and Greer knocked off Westside 42-14. Both of these teams were down last year, at least according to what their respective fan bases expect.  If Reggie Shaw has turned Byrnes around in one offseason I will be impressed.  I want to say that the Rebels are back, but I am hesitant to do so because I’m not sure Myrtle Beach is the same caliber of team that Byrnes will face going forward. In fact I’m sure they aren’t.  This weeks game against Greer will be a better test.  Greer, as usual has a very dynamic rushing attack, featuring two very good running backs in Dre Williams and Qua White. Last week against Westside Williams finished just shy of 150 yards while White gained almost 70 yards rushing and almost 40 receiving.  But they are going to run into a defense that last week allowed the 9th ranked 3A team to gain 189 yards of total offense, while the Rebels offense amassed 450+ yards.  I want to say the Rebels are back that will make football so much more fun around here.

Broom proved me wrong last week. They seemed to have adapted to Coach Fleming’s system very well as they were able to put 47 points on the board against Coach Bill Owens’ Chesnee Eagles.  Brendan Taylor was terrific, rushing for 232 yards on 21 carries.  He also threw for 130 yards and accounted for six total touchdowns.  Christ Church isn’t the Christ Church of old. I think Broome wins this one too.

Chapman didn’t really surprise me last week as they played about like I expected them too in the season opener.  Still some things Coach Hodge will have his team clean up before the meat of the schedule hits but otherwise they were pretty good. These two teams have played each other a lot recently including twice last year, and I don’t think Seneca will have an answer for DJ Twitty and Colton Bailey.

Union lost to Chapman last week 35-20. The Jackets turned the ball over three times including two fumbles that led to easy scores for Chapman.  The Jackets honestly didn’t look as bad as I thought they would starting a sophomore QB. Inexperience is not something you take to the reservation. Especially against a Gaffney team that is going to be angry about losing last week to TL Hanna. I think Gaffney will rebound if QB Tyshun Sarratt is healthy. I don’t think this one will be close.

Vikings had a rough night last Friday. Between the loss and having players ejected for throwing punches it wasn’t a good look for the Vikings.  As I’m writing this the High School league is deciding if their should be further punishment for players involved.  My guess is players who threw punches will miss significant time.  This TL Hanna team that just beat Gaffney would be tough to beat at full strength, much less with players out.

The Cardinals have a new offensive system and a new QB. A QB that just became the starter a couple of weeks ago after a player left the team.  Blue Ridge isn’t very good and got blown out by BHP last Friday.  But they will find a way to get it done against Landrum.

The Cavs held their own for most of the game against Fort Dorchester. They defense just ran out of gas and the offense just couldn’t seem to get moving.  Northwestern looked very bad against South Pointe, albeit South Pointe may be the best team in any classification.  I think if Dorman can find a way to move the ball and just let their defense rest a little they will win Friday.

I’m hearing that Boiling Springs won’t be a full strength Friday night.  I’m also hearing from some folks that this Ashley Ridge team may be very good.  Going with what I’ve being told about BS being short a few players and the fact that they are already replacing so many starters from last year they will be at a disadvantage.