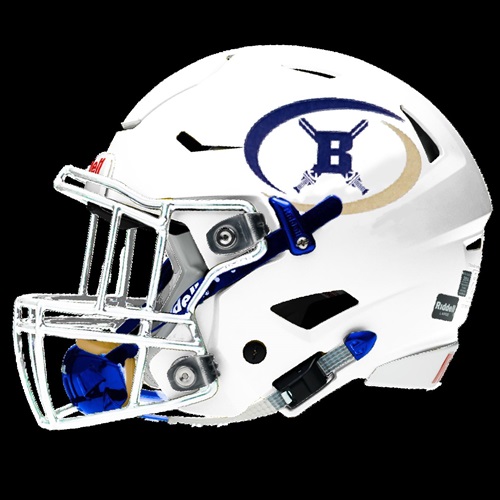 Can anyone stop Chapman’s offense?

The defending 3A champions have looked unstoppable offensively averaging 50.7 PPG on their way to a 3-0 start. This shouldn’t come as a surprise to anyone, as they returned star quarterback Colton Bailey, record setting running back DJ Twitty, as well as a pair of excellent receivers in Patrick Phongstat and Richard Tucker. The question heading into the season was along the offensive line, but despite being undersized they have done a phenomenal job protecting the QB; and opening holes in the running game.  This balance has been the key to the Panthers’ early success, causing headaches for opposing defensive coordinators. This week Chapman heads to Chesnee to take on an Eagles squad that has scored over 100 points in back to back victories. They may need that many points to outscore the Panthers this Friday. Defending Chapman is a pick your poison scenario, stack the box and they can beat you over the top. Play zone and Colton Bailey will pick you apart. Play man coverage and the speedy receivers will embarrass your secondary. The only way I see anyone slowing down this offense is with a big defensive line that can consistently get penetration. I don’t think Chesnee can do it this week, and I look for the Panthers to remain unbeaten.

How do the Bulldogs respond to their first loss of the season?

Last week Boiling Springs suffered a tough 29-20 loss to a good T.L. Hanna team. The Yellow Jackets earned the victory as they wore down the Bulldogs with a punishing rushing attack. Things don’t get much easier this week as they play host to the Rock Hill Bearcats. The Bearcats aren’t as good as they have been in years past, but they won’t exactly be a pushover either. It’ll be interesting to see how this inexperienced Bulldog team will respond to their first loss of the season. I feel Boiling Springs is the more talented team in this game, but the Bearcats have had two weeks to prepare and should be relatively healthy after a bye last week.  If the Bulldogs can control the line of scrimmage on defense, they will come out with a victory. I feel Coach Tate has developed a winning culture in Boiling Springs, and I foresee them having no trouble bouncing back from a defeat.

Another test for the Rebels

The Byrnes Rebels are 3-0. Last Friday they had their first close game of the season, a come from behind win over Don Bosco Prep from New Jersey. The win had a little bit of everything you want to see as a Rebels fan. Byrnes delivered big defensive stops, clutch quarterback play and more than one game changing plays on special teams. Coach Shaw may have something special brewing in Duncan but there are still some doubters out there. A convincing win in District 3 Stadium over Northwestern should go a long way in convincing these doubters that the Byrnes Rebels are once again an elite team. The Trojans have looked good since their season opening loss to powerhouse South Pointe. Northwestern’s offense should be tough to slow down having topped 40 points in each of their last two games. If the Rebels can force some turnovers or get some big plays from special teams again, don’t be surprised if they remain the only undefeated team in Region III-5A.

After struggling to find any kind of consistency on offense in their first two games, Spartanburg looked great on that side of the ball last week. It looks as though Keonte Cartledge will be the quarterback going forward after passing for 288 yards and 3 touchdowns in last week’s 39-25 win over Etowah. The offensive line looked much better after most of the starters were back from suspension, opening up holes that allowed Zykamren Robinson to rush for 223 yards and 3 touchdowns en route to being named our Fox Sports 1400 Player of the Week. With a quarterback in place and healthy Robinson to complement home run threats Damyjai Foster and Romaine Kelly on the outside, they look like the Vikings you’re used to seeing under Coach Chris Miller. If Spartanburg can continue to find that kind of balance, they are going to be tough to prepare for by the time region play rolls around.

So far this year the Centurions haven’t been challenged. I don’t expect that to change this week as Coach Lynn Fleming’s is a heavy favorite against Indian Land (1-2). The biggest task this week is to not get caught looking ahead. Next week Broome travels to Byrnes, and after last year’s upset victory over the Rebels this one has been circled on everyone’s calendar. There’s a good chance both teams will enter next week’s game undefeated, but the Centurions must first take care of business this Friday against the Warriors.