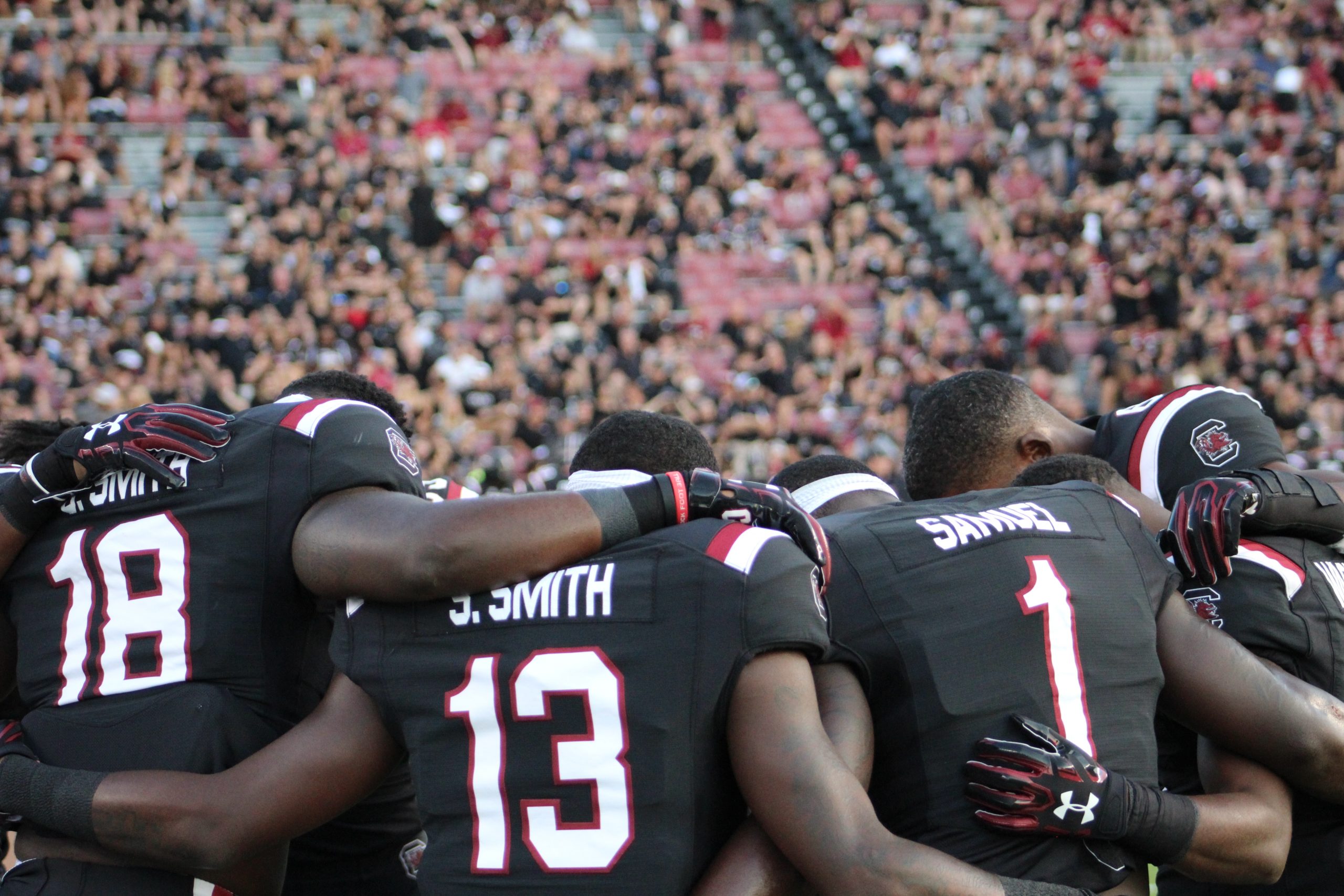 Despite scoring on the first play from scrimmage and two early turnovers on Saturday night, the South Carolina Gamecocks recorded their first loss of the season with a 23-13 loss to the Kentucky Wildcats.  The loss is the fourth loss in a row South Carolina has suffered to the Wildcats.

Jake Bentley was 24-36 passing for 304 yards and two touchdowns as well as two interceptions.  The rushing game was nonexistent for the Gamecocks as Rico Dowdle was the team’s leading rusher with eight carries for only twenty-three yards.  In the receiving game Deebo Samuel led the way again for the Gamecocks hauling in a team-high five catches for 122 yards including a 68-yard touchdown to start the game.     Union County’s Shi Smith caught one pass for twenty-five yards, and was targeted another time by Jake Bentley but the pass, thrown into double coverage, was intercepted.

The Gamecock defense made some plays on Saturday including an interception from linebacker Skai Moore and a fumble that was recovered by freshman Jamyest Williams.  But with the game on the line late in the fourth quarter with a chance to get the ball back down 7 points, the defense allowed the Kentucky quarterback to break containment and run 54 yards and set up a chip shot field goal that put the Wildcats up two scores, putting the game out of reach for Carolina.

To add injury to insult the Gamecocks saw some significant pieces of their team go down with injuries on Saturday. None of those injuries bigger than that of star wide receiver Deebo Samuel.  The junior out of Chapman High School had already returned two kickoffs for touchdowns this season, while also catching fifteen passes for 250 yards and three touchdowns.  Coach Will Muschamp initially reported that Samuel had suffered a broken leg and would be out for the remainder of the 2017 season, but later Saturday night Samuel tweeted that he had an ankle fracture and only expects to miss five to six weeks.

With Deebo missing extended time for South Carolina this season, the Gamecocks will look to younger receivers to step up and take his place.  One of those receivers that will need to step up to fill the void will be Shi Smith. Shi is said to be the fastest player on the team, and his explosiveness could be exactly what is needed to help fill that gap.   The other true freshman receiver OrTre Smith could also have a big impact on this team, he caught his first career pass on Saturday night, a nine yard touchdown from Jake Bentley. It was announced on Tuesday that Rashad Fenton will take Samuels spot as a kick returner. Fenton did return a kickoff for a touchdown in 2015 against LSU. I thought this is a place we’re Shi Smith could have stepped up and made a difference. Smith a considered to be the fastest player on this Gamecock team. Smith returned kickoffs as well as punts at Union County High School.

The Gamecocks are also going to have to get more creative with their play calling.  The offense was very predictable, especially in the run game.  For the Gamecocks to find success this season they are going to have to find a way to run the football.  Teams are never going to respect the Gamecocks run pass option because Jake Bentley is almost never going to keep the football.  Coach Will Muschamp lost his job at Florida mainly because the Gators could never find success or consistency on the offensive side of the football.  His last year at Florida Kurt Roper was his offensive coordinator.  Good coaches will change their strategy based on the talent that they have.

The Gamecocks will be back in action on Saturday as they will host Louisiana Tech at 3:30.  The Bulldogs are coached by former South Carolina assistant coach Skip Holtz.  LA Tech is 2-1 on the season with wins over Northwestern State and Western Kentucky.  Their lone loss on the season was a 57-21 loss to Mississippi State in week two.

Player of the Week
Wofford Playoff Games to Air Here