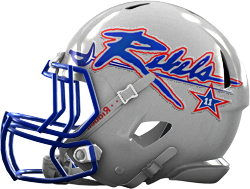 It really is hard to believe that it is already region time.  Seems like only yesterday it was week zero and we were all full of anticipation for what the season might bring.  Well after six weeks we have learned a lot about our local teams.  Not the games count for real. Each week will be full of story lines and each game will hold special playoff significance. Who will make the playoffs? Who will miss the playoffs? Can Byrnes go from the cellar of 3 5A to the top? Who will come out on top of region 3 3A? Who will take over the reigns of 1 2A.  We will find out over the next several weeks! Region Time is HERE!!!!!!

Spartanburg at Byrnes-Game of the Week

Since game three of the season the Vikings offense has really been rolling.  Defense and special teams have carried Byrnes.  That being said I don’t know if Byrnes has matched up with a team that has the offensive weapons that the Vikings will have on Friday night. On the other hand I don’t think Spartanburg has matched up with a defense as good as this Rebel Strike Force Defense.  I’m going to give Byrnes the edge because the game is being played at Nixon Field.

Bulldogs won the region last year. Dorman finished third.  I think this game may end up deciding who doesn’t make the playoffs.  Dorman has played well as of late .  Najee Thompson is suspended this week for Boiling Springs after being ejected last week for an illegal hit versus Union. That alone puts the Bulldogs at a disadvantage, but coupled with the fact that the Dorman defensive line is a bad matchup for the Boiling Springs offensive line, I think Dorman will pull this one out.

Gaffney rebounds after getting upset by Northwestern.

Broome’s backup quarterback has had a few weeks to prepare and should be good to go this week versus a Mid Carolina team that has yet to win a game. I will take Broome Big

The Panthers offense will be way to much for Clinton.  The Red Devils will also have a very hard time moving the ball against what has become a very stout Panther offense.

The Bulldogs are the defending region champions, and will be looking to reclaim that title.  Phil Strickland is still the coach so the Bulldogs have a chance to do just that.  Woodruff is banged up on offense and that’s not good for a team that relies solely on offense. I don’t think the Wolverines will be able to score enough to keep up with Newberry.

Landrum is improving each and every week.  They just cannot seem to find the end zone. That will be a problem against a Chesnee offense that finds the end zone often.  I think Reagan will have another big game for the Eagles.

Union has one QB out with a ankle and another in the concussion protocol. That is not good news for a team that has had trouble scoring this season already.  Eastside has scored 41 point or more in each of their first 5 games en-route to  a 5-0 start.  The Eagles have also not allowed more that 14 points in any of their first 5 games.  I hate to say it but I think the Yellow Jackets are staring down the barrel of an 0-7 start.

Player of the Week
5 Things to Watch Week 7