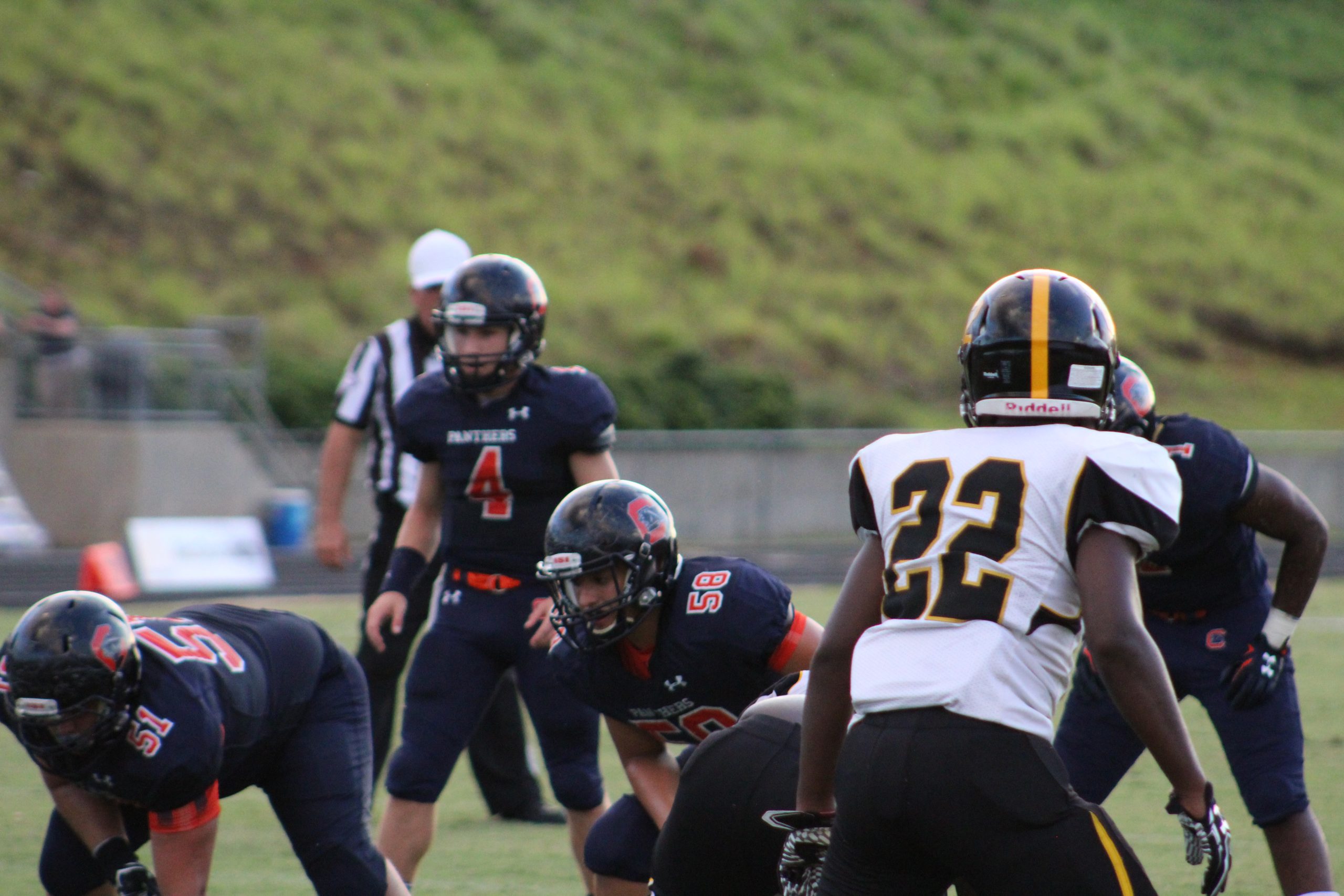 Game of the Week

One of the biggest games of the year will take place Thursday night in Inman. The top ranked Chapman Panthers will host the third ranked Newberry Bulldogs. A win for the Bulldogs would clinch the Region III-3A title, while a win for the Panthers would put them in position to clinch the region with a victory over Broome next week. This game has everything a football fan could possibly want. Both teams have a South Carolina Mr. Football finalist in Newberry running back Amir Abrams and Chapman quarterback Colton Bailey. Both teams are led by coaches who have won state titles in Mark Hodge and Phil Strickland. And of course most importantly, both teams enter this game undefeated. Newberry will try to use it’s punishing running game to wear down the Panther defense and control the time of possession. Chapman will counter with their spread offense that comes in averaging over 50 points a game. Chapman isn’t just a quick strike offense as they too can run the ball and eat up the clock, as senior running back DJ Twitty is just as effective running between the tackles as he is catching passes out of the backfield. I believe this game will be decided by turnovers and special teams. Neither team can afford mistakes to give the opposition good field position, as both teams are very effective when inside the red zone. I expect this one to be an instant classic, and whoever comes out on top will have home field advantage in the playoffs, and we will most likely see a rematch of this game in the upper state championship game.

Another rivalry game in Region III-5A

Another area game with massive playoff implications will be played Friday at the Reservation, as the Gaffney Indians will host the Byrnes Rebels. Byrnes needs a win to stay alive for the region title, and the Indians need a win to stay in position to host a playoff game. This game will pit strength against strength as Gaffney’s talented offense will try to put up points against the Rebels’ stingy defense. Byrnes linebacker KJ Jones and company will try to contain Gaffney’s balanced offense led by dual-threat quarterback Tyshun Sarratt. The Indians are 4-0 at the Reservation this season, but points will be much harder to come by as the Rebels come in allowing just over 10 points a game. I believe this will be another close game between these two schools and it will be interesting to see what halftime adjustments will be made by the coaching staffs. The winner will officially clinch a spot in the 5A playoffs.

How does Spartanburg rebound from last week’s loss?

Last week the Vikings lost to crosstown rival Dorman 33-21. Spartanburg led entering the fourth quarter but couldn’t slow down the Dorman offense late as the defense appeared to wear down against the powerful Cavalier offensive line. This Friday Spartanburg faces a desperate Boiling Springs team, who needs a win and some help, to keep the Bulldogs postseason hopes alive. Earlier this season, the Vikings responded to two early losses by winning five straight. Boiling Springs meanwhile, enters this game having lost three straight after starting the season 4-1. I fully expect Spartanburg to play well and not have any trouble putting last week’s loss behind them, while Boiling Springs has to play this game with a win or go home mentality. The Bulldogs are good defensively, but I think their second half struggles continue and Boiling Springs will miss the playoffs just one year after playing for the state championship.

Last season the Broome Centurions were cruising along looking like a lock for the postseason until losing start RB/LB D’Marco Jackson. This season looked very similar in the early going as Coach Lynn Fleming had the offense rolling in the first few weeks. Then they lost starting quarterback Brendan Taylor for the year. Instead of fading the Centurions rallied together and have clinched a spot in the playoffs. A win over Clinton could set up the Centurions to possibly host a playoff game, and if Chapman wins over Newberry, they could be playing for a region title next week. Broome has overcome injuries this year, mostly thanks to a dominant offensive line that have created holes leading to a big year from running back Jarius Jeter. If they can limit turnovers, and play good third down defense, I expect Broome to come out with a win, and set up a showdown with Chapman, possibly for the region III-3A title.

The Chesnee Eagles have been inconsistent through their first eight games of the season. They’ve looked great on offense some weeks (42 points against Woodruff) and they have looked not so good on other occasions (0 points against Chapman). The defense has been on both extremes as well with 0 points allowed against West Oak, and then 42 points allowed last week against Blacksburg. But despite all that the Eagles remain in the hunt for the region title. This Friday they travel to Greenville to take on St. Joseph’s. A win tonight would be huge for Coach Owens’ team, as they try to find some consistency before heading into the postseason. I expect Chesnee to look healthy and motivated after coming off of their bye week. Quarterback Kyler Reagan has played well recently, and I wouldn’t be surprised if they got another big game from him this week. If Chesnee can string together two wins to finish out the regular season, they should be feeling very confident as they head into the 2A playoffs.