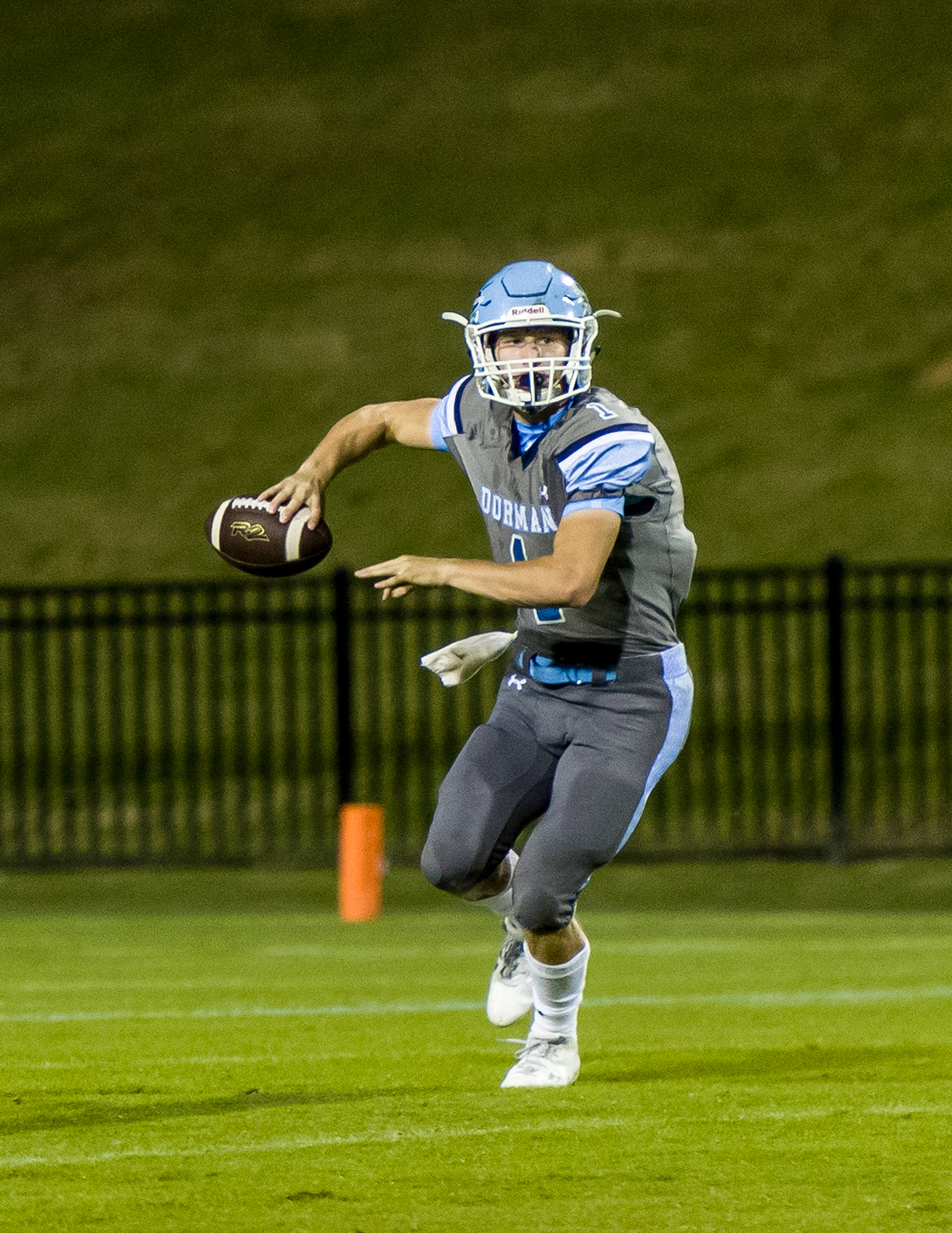 It is really hard to believe the month of November is already here.  November is my favorite month of the year for several reasons. My birthday is in November (although the older I become the less important this is). Thanksgiving, possibly my favorite holiday, is this month. College Football games usually get better in the month of November, for example Carolina/Clemson is the month.  But, the thing that probably gets me more excited than all of that is the high school football playoffs! Win or go home. Every game could be your last. All the cliché things you can say about the playoffs boils down to this: its time for the best football games of the year!

Walhalla just had their first winning season in twenty-two years.  Coach Johnson has done a great job of turning this program around in only two seasons.  He has transformed this Wing-T team into a spread team.  They are very confident in their special teams, with a kicker that can make consistently from 60.  That being said this 9-2 team is untested.  They have yet to play a team of Broome’s caliber.  I think Broome will be able to move the ball on the ground against this team.

Westside is down this year.  The Rams typically are tops in their region but this year has been a struggle. The Rams lost four games including two games to lower classification teams in Greer and South Aiken (both 4A playoff teams).  Westside also lost to Spartanburg back in September 47-11.  The Vikings offense has struggled the last few weeks and this could be a game where they can get back on track before they get into the tougher games down the road. I look for the Viking defense to step up and really have a big game this week.

The Caviler winning streak is at 8 games.  It will go to 9 this week. Woodmont is 2-8 on the season with wins over Wade Hampton and JL Mann.  We really need a better playoff system that puts the best teams in the playoff instead of just 4 teams from each region, but that’s another article.

The Hanna Yellow Jackets are 10-0 overall, 4-0 in their region, and 3-0 in region 3 5A.  Byrnes struggled with a good running team in Dorman last week.  Hanna is another very good running team. Quarterback Alex Meredith, a junior, has really taken to this new system, his third in three years.  This Hanna team is good. The health of KJ Jones will be big for Byrnes in this game.

Panthers will continue to roll.

The Eagles have been better on the road this season then they have been at home, so maybe getting the three seed was good for them.  However, Southside Christian is a pretty good ball team.  The Sabres are 9-1 with their lone loss coming to the Abbeville Panthers.  A common opponent for these two teams was the Blacksburg Wildcats. Southside Christian beat Blacksburg 17-14 while Chesnee lost to them 42-23.  SSC has played well this season on the defensive side of the ball.

I also look for BHP to beat Union and the Gaffney Indians to continue their hot streak and knock off Easley and stay unbeaten at the Reservation this season.