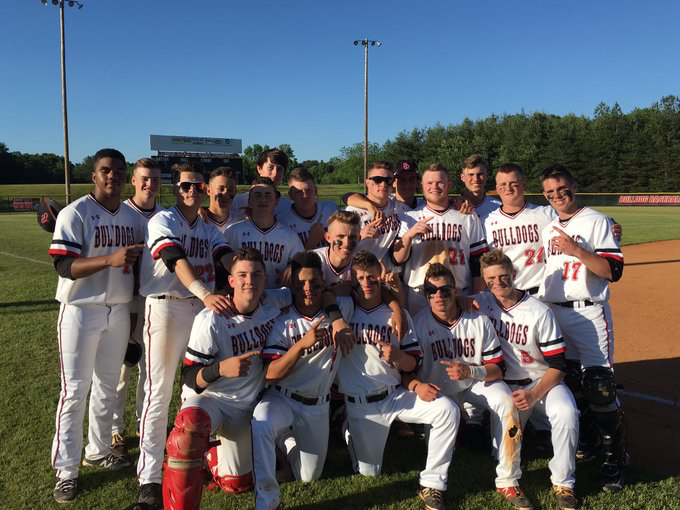 As the regular season has come to an end for local baseball & softball
teams, several area teams are looking to make a playoff push on the
diamond. In softball, the Lady Rebels of Byrnes High School ended the
season losing just one game and putting together another historical
season and set the Rebel faithful up for another deep run towards
state. Kasey Widmyer, starting pitcher for the Rebels led the team to
another region championship this season with a 7-0 region record.
Byrnes isn’t the only softball team in the upstate that has had a
magical run this year.

The Woodruff Wolverines have now won the region back to back seasons.
Will Lanford looks to lead his team to a deep playoff run led by the
powerful lineup his girls provide. Offense has been the strong point
this season for Woodruff & they look to keep the bats hot when the
playoffs begin. Offense hasn’t been the only strong point for
Woodruff. Littlefield & Patton, both pitchers for the Wolverines, help
lead Woodruff to a perfect 10-0 record in region play.

On the opposite end of the county, the Landrum Cardinals are also
setup to make a deep run in the playoffs recording a perfect slate in
region play. Last month, the 76 game hit streak of Sarah Price came to
an end, but the Cardinals have yet to slow down. Casey Green led this
team to another region championship and returning all of their
starters, the Cardinals are poised to make a run as well.

The success has also translated to the baseball field this year for
many area teams. Chesnee’s Scott Wease feels that his team is a team
that could make a lot of noise come post season. Scott was interviewed
on the Saturday Sports Report on April 22nd and expressed how special
this season has been. “We are a team that is dangerous in many ways. I
feel that we have the talent and the experience to make a run this
year”, says Wease. The Eagles are trying to get revenge after being
eliminated in last years post season by Fox Creek, who went on to win
the state championship. The arm of Nate Lamb, Clemson commit, could
give the Eagles a legitimate chance of hoisting the trophy this
season. Southside Christian takes a trip to Chesnee this week to start
the playoffs.

The regular season did not end the way Steve Fusaro wanted it to, as
the Chapman Panthers lost in the tie breaker for the region
championship on Saturday at Woodruff as they fell to Mid-Carolina.
Chapman had a spectacular regular season despite falling short in
Saturday’s game. Chapman finishes 2nd in the region and will face
Crescent at home on Tuesday.

The Dorman Cavaliers wrapped up the regular season with a clean sweep
over the Byrnes Rebels; eliminating the Rebels from the playoff
contention for the 2nd straight season. Dorman, led by the dominant
arm of Tanner McCallister, looks to do build on their region
championship season. The Cavaliers draw Woodmont in the first round of
the playoffs. The Bulldogs of Boiling Springs finish in 2nd place in
the region, after at one time sitting with a 1-4 region record. The
Bulldogs draw the most difficult playoff straw, having to face TL
Hanna & Northwestern in their district. Gaffney finishes 3rd in the
region after sweeping the Spartanburg Vikings who finished 4th in the
region. Gaffney will go to Easley & Spartanburg will travel to
Greenville to face a young JL Mann team who won the region by
defeating TL Hanna on the 20th of April.

Other notable games that regard local teams; Greer travels to BHP on
Tuesday night and Broome, who snuck into the playoffs, will face a
tough Pendleton team on Tuesday.

These high school baseball games are scheduled for Tuesday night,
unless they are postponed due to bad weather. For a full list of the
playoff games, visit our article on SpartanburgSportsRadio.com.