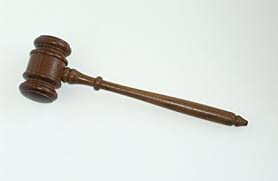 A lawsuit was filed on May 21st in Richland County by three Spartanburg County School Districts, and two districts outside Spartanburg County, against the South Carolina High School League and Union County School District.  The lawsuit seeks to overturn the earlier decision by the Appellate Panel of the South Carolina High School League that moved Union County High School from class 4A down to class 3A, placing them in region three 3A.

Union County won a 4-3 Appellate Panel decision back in August when they appealed the High School League’s decision to keep them in 4A for at least the next two years.  Union County argued that the amount of travel time to and from events while they were in region two 4A, a mostly Greenville County region, was causing a hardship for their students.  Union claimed that students also missed valuable instructional time due to having to leave school early on occasions to make the long trip to places like Blue Ridge, Eastside, and Greer. Union argued that being in region two or region three 3A would be a better fit for them as it would make travel easier and less burdensome financially as most schools in those regions are within less than forty-five minutes from Union County High School and don’t require driving a long distance on I-85 during busy hours.

The districts filing the lawsuit, Spartanburg Districts 1,2,4, Greenwood District 50, and Laurens District 56, argue that placing Union into region three 3A is unfair because Union County High School is larger than all other schools in this region.  According to the numbers used to determine classifications Union County High School is around 300 students larger than the second largest school in the region.  Union County was around 300 students smaller than Eastside High School which was a team in Union’s previous region.  The Plaintiff Districts argue that the decision of the appellate panel should be overturned in part because, in their opinion, due process was not followed.  The districts argue that they should have been, but were not, notified of Union’s appeal, and that they should have been given an opportunity to argue against Union’s appeal.

The lawsuit asks for the decision to be vacated and for the court to declare The South Carolina High School League and the Appellate Panel are public bodies.  Declaring these two groups as public bodies would in turn make them subject to the rules of other governing bodies in the state   as defined in the Administrative Procedures Act, and will make the subject to, “ the same standards of due process, fundamental fairness, and judicial review of similar South Carolina Government Agencies.”

The Plaintiffs did not ask for the entire reclassification to be thrown out, they just asked for an injunction to keep the league from moving Union County to Region three 3A. So now we wait on the decision of the court.