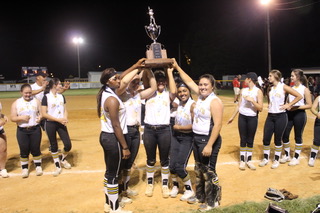 The word dynasty comes from the Greek word dynasthai, which means “to be able” or “to have
power.” Historically the word dynasty has been used to refer to a succession of rulers of usually
a country that come from the same line of descent. The Merriam-Webster Dictionary also
defines the word dynasty as a powerful group or family that maintains its position for a
considerable period of time.

The earliest example of the word dynasty being used to refer to a sports team(s) was in a 1905
article in The Washington Post, which referred to “John T. Brush’s baseball dynasties.” Brush
owned the Reds and later the New York Giants and built them into dominate teams in
professional baseball. Since that time the word dynasty has been thrown around a lot when
referring to very successful sports franchises. The New York Yankees have been called a
dynasty in many different decades because of their tremendous success and winning a record
twenty-seven World Series. Other notable sports dynasties include, the 1980 Lakers and
Celtics, the Chicago Bulls of the 90’s, the Patriots of today and the last sixteen years, and Duke
Basketball under Coach K just to name a few. Locally we think of teams like Byrnes and the run
that football team went on in the early 2000’s. An argument could be made for the Lockhart
Baseball teams of the 70’s that won at one point 37 games in a row and several state titles, and
Union Football of the 1990’s and early 2000’s. None of these teams were as dominate though
as the Sims High Football team of the 1950’s who went ninety-six games without a loss and won
numerous championships under Coach James F. Moorer.

I think it is now safe to say we can apply that dynasty tag to the Union County High School
Softball team. With their win last Tuesday night the Lady Jackets claimed back to back 4A State
Championships and their fourth title in just five years. The Lady Jackets have been truly
dominate over the last few years at both the 3A and 4A level. Coach Tommy Petty has elevated
the program to a truly prestigious place, as Union County Softball is recognized as a softball
power all over the State of South Carolina. One sign of a great high school program, is players
continuing their softball careers at the next level, and many Lady Jackets are doing that now
and several of the girls graduating this year and next will play softball in college.

As Union County continues to graduate and send really good softball players to the next level, it
seems like every year they continue to reload. This years team will graduate five seniors, all of
whom started for the Jackets this season. That means the Lady Jackets will have to replace
five out of nine starters next year will have to be replaced, and thats a tall order. However if you
look down the pipe for the Yellow Jackets the future continues to look bright. Bailey
Betenbaugh the reigning Gatorade State Player of the Year returns for her senior season, and
her dominance is the circle for the Jackets will continue to impress. Also this season the Junior
Varsity team only lost two games on their way to winning the region crown.

Union County has always had success in softball. Union High School won the 4A state title in
the 1979-80 season and then won back to back titles in 4A in the 82-83 and the 83-84 seasons.
Union High also finished runner-up in the 90-91 season. So historically the success has been
there. I know that I have said this before a couple of times, but a lot of the success of softball in
this town has to be attributed to a strong youth softball program. The Union County Dixie Girls
Softball league has done a really good job teaching the girls of Union County how to play the
game of softball since its inception in 1983 under the leadership of Mike “Brokearm” Cohen. As
the number of wins and titles continue to grow for the Lady Jackets it is important to remember
all these coaches who helped these girls fall in love with the game of softball at a young age.

Union County Softball is a dynasty. If we go back to the Greek word, dynasthai, the Jackets are
able, and the definitely have power as one of the elite programs in this state. From the looks of
things it looks like they plan to maintain their position as a top program for a while to come.
Union County, South Carolina is a softball town, and we are proud of it.
Congratulations to Coach Petty, the entire coaching staff and all the girls for another
tremendous season of Lady Jacket Softball. Can’t wait til next year!