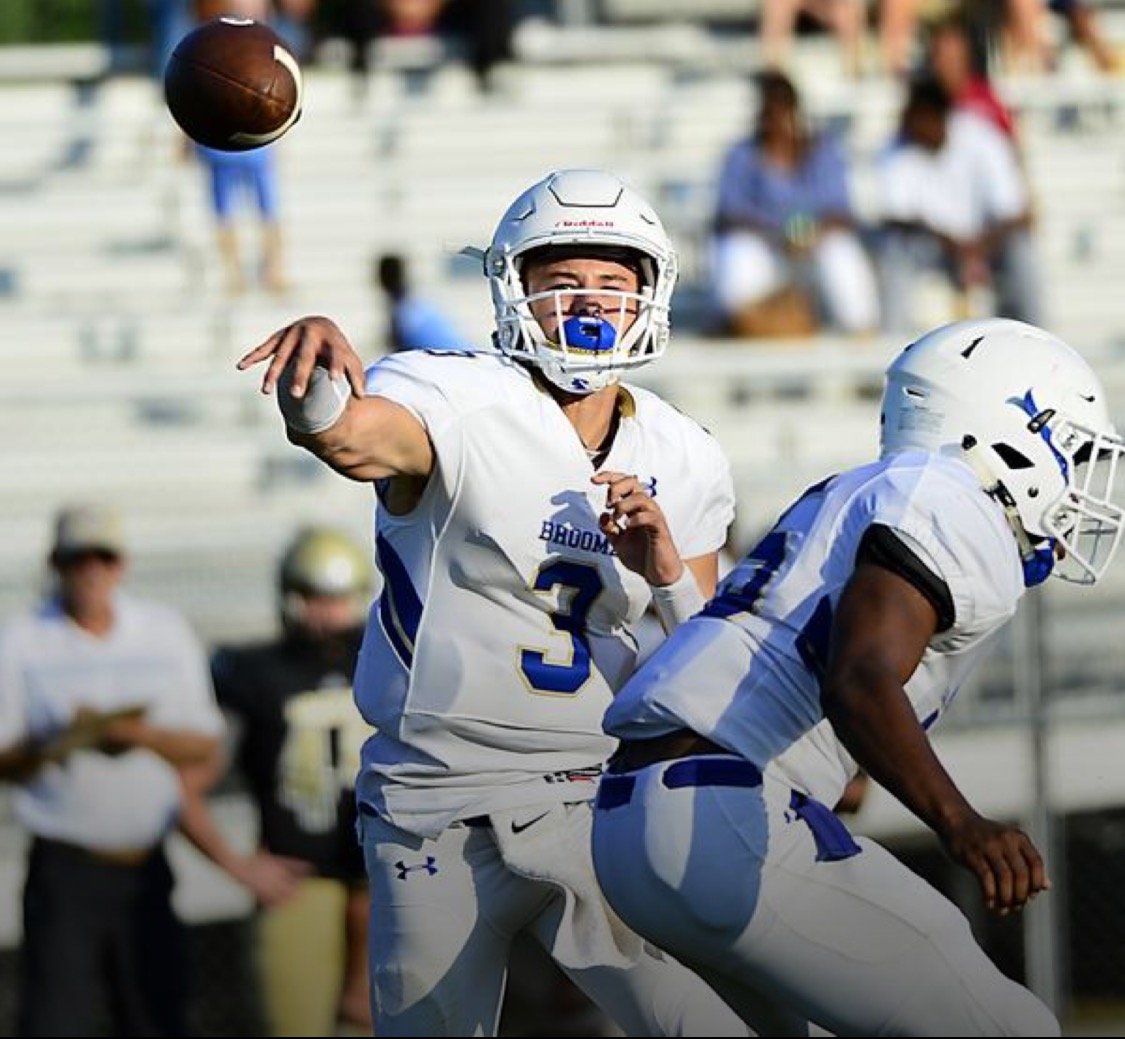 Each week this season, I will be taking a look at all the games featuring teams in the 3A and 2A classifications in Spartanburg County and the surrounding areas. And now that we have reached the middle of August, realignment is done and it’s finally time to take a look at the upcoming High School football season.

I’ll start by taking a look at the only 2A team in our listening area, the Landrum Cardinals. Head coach Jason Farmer is optimistic heading into this fall, as for the first time in his tenure at Landrum, he has a team loaded with experience. Quarterback Michael Clark returns under center behind an offensive line full of upperclassmen. The Cardinals have 20 seniors on the roster and due to a rash of injuries the past few seasons, all of them have starting experience. After several close losses last year, Landrum hopes this veteran led team will be able close out games in the 4th quarter and get a few more wins in hopes of making the postseason. Blacksburg is the favorite in the region, but I expect the Cardinals to take a big step forward this season and finish with a winning record and earn a playoff birth. Coach Farmer will know more about his team after opening with a 4A team in Blue Ridge.

In the 3A classification there are now two different regions in our listening area. Region II-3A looks wide open this year as the two time defending upper state champion Chapman Panthers must replace record setting legends all over the field. While Coach Mark Hodge is confident his team will be well prepared to continue their recent dominance (28-2 over the past 2 seasons), the other teams in the region are hopeful that the Panthers regress towards the rest of the pack. The new starters will be on full display Friday, and get a stiff test in Week 0, opening on the road at Union County (more on the Jackets below).

Coach Bill Owens and the Chesnee Eagles have dealt with some injuries in the offseason but are expecting be in the mix for a postseason birth come October. Senior Malik Busby is expected to be a two way starter, and must be accounted for by the opponent at all times. The Eagles will be without All-Region senior quarterback Kyler Reagan when they kick off their season with a home game against Woodruff (more on them later) as Reagan is recovering from an injury sustained during baseball season. Chesnee will need to find a rhythm on offense early and gain some confidence if they want to score with the Wolverines and their potent offense.

With Carolina and Southside not looking like powerhouses, I believe the team to keep an eye on in this region is the Broome Centurions. Broome had a very good season a year ago in Coach Lynn Fleming’s debut at the school as they advanced to the playoffs after missing out the previous year. Quarterback Brenden Taylor is back for his senior season after missing most of last year with a knee injury. He is a highly ranked dual threat quarterback who will be surrounded by tons of speed at the skill positions. Ja’Qun “Worm” Wilkins, a state champion track star, will line up all over the field for Broome and will be a difference maker on offense, defense and special teams for the Centurions this fall. Broome is fully healthy and opens the year with a home game against the Central Eagles, and I expect coach Fleming’s squad to score early and often on the Eagles defense this Friday.

Union County makes their debut in Region III-3A (despite much controversy) this Friday by opening with the Chapman Panthers. New head coach Brian Thompson will look to lead the Yellow Jackets back to the playoffs after an early exit last season. Despite being the biggest school in 3A, playing in a region with Newberry is never easy, and Coach Thompson will have one of the tougher debuts in recent memory, as he will try to get his defense to slow down the Panthers fast paced offense led by new starting quarterback Mikele Colasurdo.

Also in the region, former Union County coach Bradley Adams has taken over the job at Woodruff. The Wolverines were decimated by injuries a year ago, but there is hope for a turnaround. Quarterback Keegan Halloran is back and is expected to be one of the favorites for Player of the Year. Also all the injuries from last year forced several underclassmen into playing time, Coach Adams is optimistic this experience will pay dividends this season, especially in tough road games like the opener against Chesnee. It’ll be interesting to see what the play calling for Woodruff looks like this week, as Adams normally has teams that rely heavily on the run game, but has walked into a situation with an experienced quarterback with a great arm. This week’s game should come down to the wire, and look for Halloran to make a big play late with his arm or maybe even his legs, to give the Wolverines the edge.