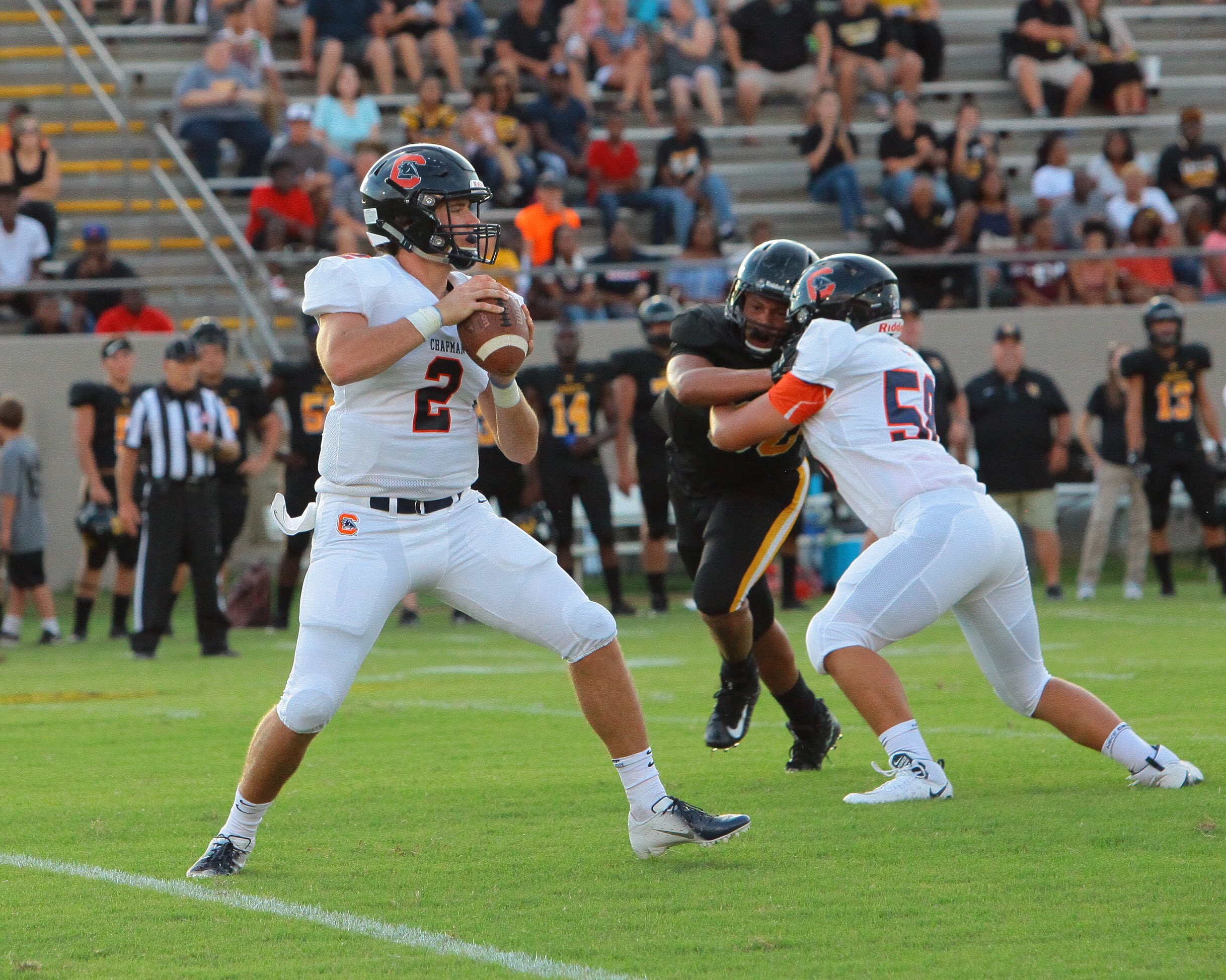 What We Learned in Week 1

Week 1 of the high school football season featured some exciting matchups such as Broome vs Woodruff, Greer vs Spartanburg, and Byrnes vs Northwestern. It was also the opening week for a few teams in our area such as Gaffney and Boiling Springs, but let’s take a look at a few things that we learned from this past week.

The Woodruff Wolverines improved to 2-0 after defeating a really good Broome Centurions team 48-12. This was our Burrito Hub Game of the Week, as this was expected to be an entertaining close football game, but Woodruff had other plans.

The Wolverines jumped out a to an early lead and simply never looked back. Once again, they were led by their rushing attack. In week 0 against Chesnee, the Wolverines ran for over 300 yards. Jonathan Alexander had 98 of those yards last week, and against Broome he had 14 carries for 97 yards and five rushing touchdowns. That’s right, five touchdowns helping Woodruff pull away from Broome!

This game was definitively the biggest surprise of the week. I viewed Broome as a powerhouse in 3A and with this win, Woodruff showed they are a team that will be making a lot of noise in the 3A rank.

Greer Top 10 In the State

In the statewide broadcaster top ten poll, Greer is not among the top 10. Well, I think it’s time they should be as the Yellow Jackets picked up a huge 37-17 win over the Spartanburg Vikings. The Vikings were ranked 8th in the poll this past week, and are likely to move down or possibly out of the top 10 altogether.

In last week’s What We Learned Article, I said watch out for Greer, they played Byrnes tough and had them on the ropes. They had some killer turnovers that the Rebels were able to capitalize on the Yellow Jackets mistakes and pulled out a 13 point win.

Greer did not make those mistakes this week and their Senior Quarterback Trey Houston was brilliant. Greer’s running back Dre Williams was the focal point this week with his strong performance last week. For the most part, Spartanburg did slow him down. He had just one monster run, so it was Houston who stepped up and made several big plays.

Once again this Greer team is a team that you do not want to see on your schedule, they truly are an all-around football team.

Byrnes Is A Team With Great Depth

Byrnes is now 2-0 with a 41-21 victory over Northwestern. The injury bug has hit the Rebels pretty hard in the early going of the season. Their quarterback Lawrence Scott has missed time due to a rib injury. Jalen Miller has a leg injury and will miss several weeks. And last week in the win against Greer, Rahji Harris suffered an ankle injury and will miss 4-6 weeks.

Despite these injuries, Byrnes has had guys step in and help produce. In week zero, BJ Peak started for Scott at the QB position and had over 300 yards. Early on guys have been able to come in and help this Byrnes team stay afloat, so it will be interesting to see if they can continue to find ways to win with several key players on the shelf.

The Gaffney Indians opened their season against Greenwood on Friday Night. Greenwood is a solid first test for this Indians team, remember Greenwood knocked out a very good TL Hanna team last year in the playoffs. The Indians are my pick to win 5A region 2 and they were impressive in their opening game defeating Greenwood 28-7.

The Gaffney defense led the way in this win holding Greenwood to -82 of total offense. That’s not a typo folks they forced Greenwood to go backwards all night, they even forced two safeties. A lot of excitement about this Gaffney team and with a defense like that I now know why.

What Happened??
Player of the Week