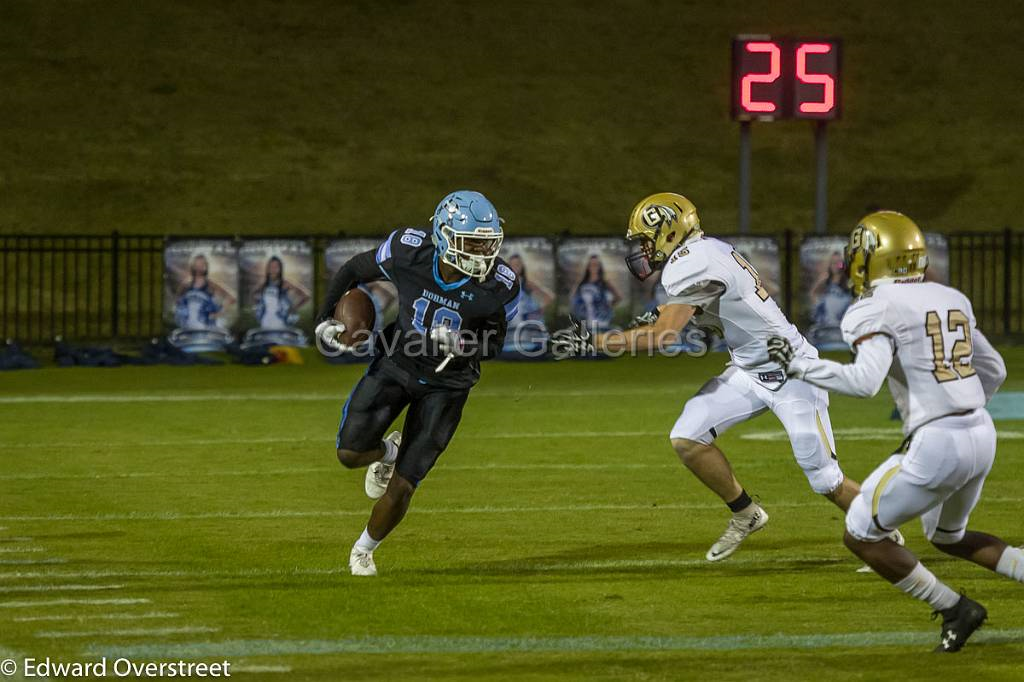 Good to have football back on Friday this week were it belongs!! My Friday night was so boring last week.  Several teams have the week off this week, and a couple of our teams are playing each other, but there are some quality games this week!

Gaffney at Byrnes-Game of the week

Byrnes was able to knock of Spartanburg last week, while the Gaffney Indians defeated Mauldin.  The winner of this game will move to 2-0 in region play and will have a great start toward making the playoffs.  Both teams have good defenses.  I saw Gaffney a couple of weeks ago and it takes there offense a while to get going but once it does they are good too.  I think this game has the potential to be very close but I am going to take the Indians.  If the Rebel fans can get loud and make Nixon Field a good home field advantage for Byrnes it could change the outcome.

I thought Dorman would beat Hillcrest last week worse than they did.  A lot of folks this week have been saying they aren’t sure Dorman is all that good.  I disagree. To me last weeks close score says more about Hillcrest than Dorman.  Coming into this year I thought Hillcrest was a team that could sneak into the playoffs leaving one of the Spartanburg schools out. I think we may have underestimated the Rams.  I think they are good enough to finish second or third.  Boiling Springs has a solid defense but I think they will have trouble hanging with the big guys up front for Dorman. I think Dorman wins comfortably.

Landrum got a big win last week against rival Chesnee.  The first win in some time versus the Eagles.  The Cardinals are rolling right now and that won’t change this week.  It has been a while since West Oak has beaten anyone and that streak will continue against this good Landrum team.

The Vikings are starting to get healthier in time for the meat of the region season.  I think the Spartanburg Defense played a pretty good game last Friday but the lack of offense production stifled the Vikings again.  Hillcrest is good. They gave Dorman all they wanted last week.  Some different looks are coming from the Vikings offense this week but I don’t think it will be enough to beat Hillcrest.

I’ve also got Wren over Broome, Blacksburg over Chesnee, Chapman over Eastside.

5A Preview
What We Learned From Week 5