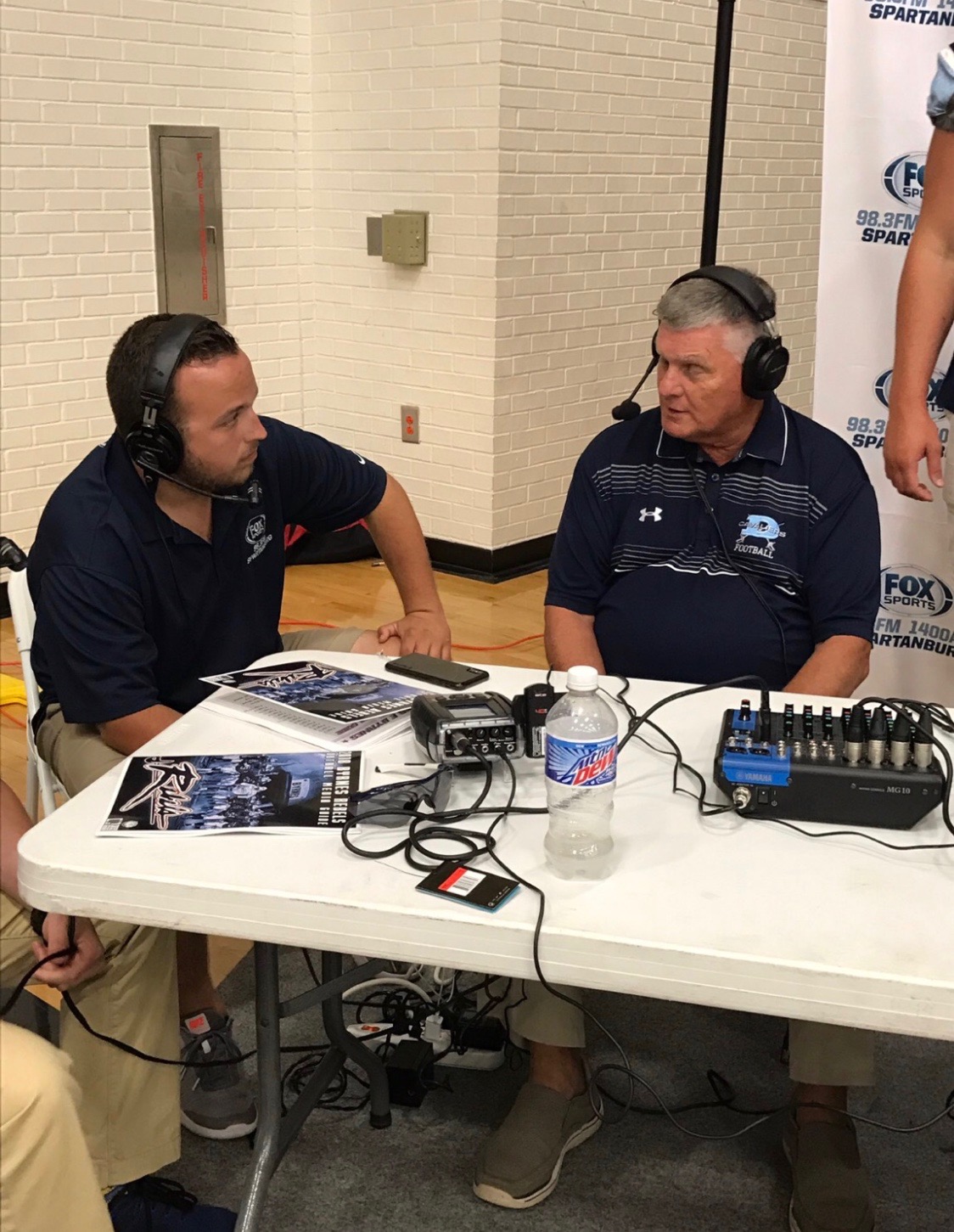 The High School Football season is flying by as we are about halfway through the regular season. The playoffs have been pushed back a week so each team will get a bye week after their regular season finishes up.

We will start with the Greer Yellowjackets in the 4A world. Greer is coming off of a BYE week and now are on the road at Greenville. Greenville should not be judged based on their names, because much like Hillcrest & Greer, Greenville is an outlier when it comes to Greenville County Football. Greenville graduated their star QB from last season, but have re-loaded and are once again in contention for the region championship. Greer is fresh and rested coming off a bye and I think this will be a close game. Greer’s athleticism’s and speed offensively will give Greenville trouble defensively. Ethan Alexander and the Greer secondary will be the best defense the Red Raiders  have seen all season. This should be a close game, but I like Greer to pull away in the second half. Yellowjackets win.

Now let’s go to the Game of the Week. The big rivalry between the Spartanburg Vikings & the Dorman Cavaliers. Spartanburg has dominated this series and especially within the past several years. The Vikings are coming off a win over Hillcrest where the Spartanburg defense played well while the Viking run game got going for the first time this season led by star RB Zykamren Robinson. Spartanburg also got their first chance to see Zae Foster who showed a lot of potential. Spartanburg may be finding some pieces to put together to start winning, but the task is larger than ever this Friday as they travel to Dorman. The Cavaliers are coming off of a route of Boiling Springs where they dominated in every facet of the game. Coach Gutshall called it the best game they have played all season. The Cavaliers are a well-oiled machine and Spartanburg still has some issues that Dorman will exploit. This game could be close in the 1st half but I like Dorman to pull away with the run game and offensive line in the second by wearing down the Spartanburg defense. Cavaliers win.

Boiling Springs coming off of a loss to Dorman looks to bounce back and get their first win at home this season as Mauldin comes to town. The Bulldogs are 1-1 in region play and this game vs Mauldin is big; being a region game. Boiling Springs has lost 3 football games; losses coming to Dorman, Dutch Fork, & Chapman. So while the Bulldogs have played a tough schedule, the improvement needs to be shown this week against the Mavericks. The Bulldogs have struggled to consistently run the football when playing a tough defense; only compiling 34 yards last week against Dorman on the ground. Aaron Thomas has seen very good defenses in his first season at QB, and improvement from him is also big to expect this week. Defensively, the Bulldogs have to be able to put more pressure on opposing offensive lines and clog the gaps. Running game is crucial this week for the Bulldogs against Mauldin as this Mauldin team has athletes and speed that may match up well for the Mavericks. I think this is a fairly even matchup and except it to be a very close game. Mauldin is running a somewhat new offense, relying heavily on the run game out of option sets but can also open it up and spread it out. I like Mauldin to pull the upset on the road and take down the Bulldogs. Mavericks win.

The Byrnes Rebels are on the road this week at the Reservation. Not the Reservation in Gaffney, but instead at the one in Greer. Riverside is a team that does not have the all around talent to matchup with teams in Spartanburg County. With Phil Smith leaving Riverside to join the Spartanburg Vikings coaching staff, Riverside once again looks to find a way to produce success on the football field. Byrnes will matchup well against Riverside in every aspect of the game. The Rebels will have a big night on the ground as well as through the air. I like Byrnes to roll by 45+. Rebels win.

The last game we will preview this week is Hillcrest at Gaffney. Hillcrest is coming off of a loss to Spartanburg while Gaffney is coming off of a loss to Byrnes. Both of these teams desperately need this win to climb back up in the region standings as well as getting some momentum for the rest of the region slate. Hillcrest has shown this year that they can compete with these Spartanburg County schools, but have yet to seal the deal. Obviously Gaffney isn’t in Spartanburg County, but this is still going to be a tough test for the Rams. Gaffney had a lot of holes exploited this past week at Byrnes and needs the offensive line to step up tremendously this week to give Peanut Kirby the holes he needs to get a rushing attack going for the Indians. The Indians will need to play one of their best games yet, especially on the defensive side of the ball. Hillcrest will have to find a way to matchup with Gaffney’s speed. I like Dan Jones & the Indians to bounce back this week in a very close football game at the Reservation. Indians win.

If you have opinions or disagreements on these picks, feel free to tweet me anytime @TheColeBryson and be sure to listen to the Saturday Sports Report this Saturday from 7-10am on 98.3 FM as we will be live from Mcdonalds of Greer where we will be joined by several Greer Football players.

3A/2A Preview
Player of the Week