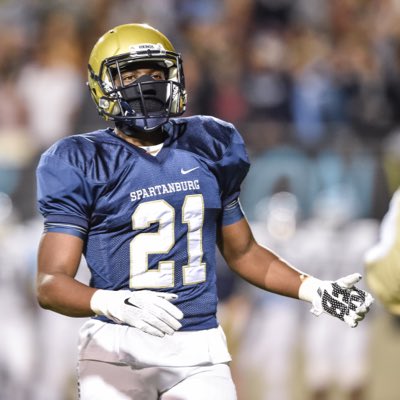 One week closer to the State Championship. There are several huge matchups this week in the Upstate of South Carolina.

Boiling Springs travels to Spartanburg to try to get its 3rd region win of the season. Spartanburg is 1-2 in region play and desperately needs a win against Boiling Springs. Spartanburg comes into this game after a loss to Dorman where the Vikings were 2 points shy of victory. Over the last two weeks, the Vikings have found an identity on offense and last week was credited to the stellar performance by Keonte Cartledge. Besides Dutch Fork, the Viking defense may be the 2nd best defense the Bulldogs have seen this season. This is a very intriguing game and for several reasons. I think the Spartanburg defense will give the offense of Boiling Springs trouble. Travis Miller has a good gameplay for this matchup, but the bullet has to hit the target. Aaron Thomas needs to be as clutch as he ever has and the running game for the Bulldogs is going to have to improve as it has not been good against good teams this season. I like Spartanburg to limit the Bulldog offense and now the game hinges on the Bulldog defense to if they can stop the Viking offense. If Boiling Springs can hold the Viking offense to a low scoring game, this game will be close. If the Viking offense gets in rhythm, I like the Vikings to take care of business at home. Vikings win by 10.

Dorman travels to Gaffney this Friday night in another crucial region game. Dorman comes off of a win over Spartanburg but in a game where Spartanburg was able to exploit the secondary for the Cavaliers. I think this is another close game especially if Gaffney can successfully throw the football. It is also crucial for Kirby to provide the Indians with run support, something they have not had a lot of this season. Gaffney has the athletes to matchup with Dorman, but they do not have the size. I think Dorman breaks off a few big runs early but the Indians keep it close in a game where Gaffney’s defense just cannot stop Thomas Morgan & the Cavaliers. Matthew Powell didn’t have a great game abasing Spartanburg until the final drive, and he won’t have to play a great game this week as the run game will feast. Dorman wins by two scores.

Mauldin is a very interesting team in this region. The Mavericks have a region win over Riverside and are coming off of a loss to Boiling Springs. Mauldin is an athletic football team that can spread the field but Byrnes is too much for the Mavericks. People will be surprised this year with the line of the Mavericks. On both sides of the ball, Mauldin has the size to give their offense and defense a boost during this tough region stretch. Mauldin, however, will not have an answer for the Rebels. The run game for Byrnes with Harris will be tough to stop in the second half and Byrnes will have a successful night through the air. This game will not be close and the Rebels roll to Victory at Nixon.

The last game on the slate is the big one in 4A. The matchup we have been waiting on all year long, the Greer Yellow Jackets traveling to Travelers Rest to take on the Devil Dogs. Travels Rest comes off of a loss to Eastside, but can still compete in this region. This is a very good football team that has a lot of weapons offensively. However, Greer is all around a prettier package. This game will be close in the first half and Greer will pull away in the second half due to the turnovers from TR. I really like the Devil Dogs this season, but Greer is a little better. I really think Greer will win the region this season and this is for the region, though still early in the stretch of region games. Greer outpours Travelers Rest and wins by two scores.