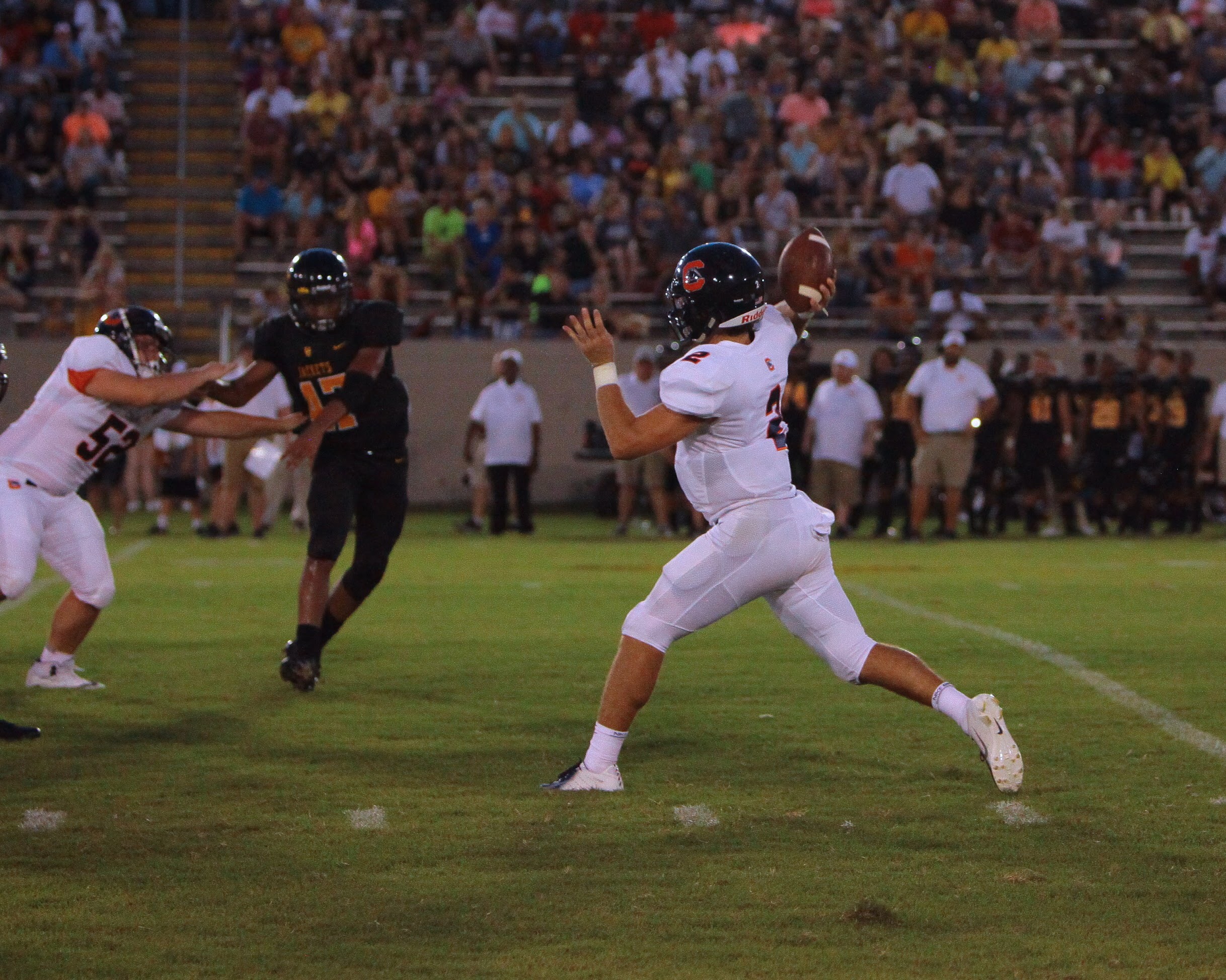 Week nine of the season is here.  It has really flown by.  Friday some teams will have the opportunity to lock up region titles , some will have the chance to improve playoff seeding, while others are still trying to earn a spot in the playoffs.  The playoff picture is still not very clear in some classifications, but it should clear up a lot this week.

Chapman at Southside-Burrito Hub Game of the Week

The Panthers had a bye week last week which game them a chance to get healthy before this big game with Southside.  The Tigers are 6-2 overall and 2-0 in region play.  There two loses this season came to Eastside and Jefferson (GA).  Southside has some good running backs including Braydon Bennett who is a very talented runner.  Winner of this game will be the region champion.  This is a big game for both teams, I like Chapman to get it done.  The Panthers have been in a ton of big games the last couple of years and it never seems to phase them.  The Panther defense has really stepped up the last half of this season and I think they will do it again.

Senior night for the Cardinals. They are on an impressive winning streak of five games and have been dominate in most of those games.  Blacksburg is the two time defending region champions and they want to claim a third consecutive title, but they already have one loss in the region.  I think Landrum will have a big game Friday night.  Turner Ussery has been really good for the Cardinals including an impressive performance last week that saw him carry the ball twenty-one times for 268 yards and two touchdowns, and he didn’t even play in the fourth quarter.  Look for the Cardinals to continue rolling toward that region title.

The Jackets can claim the region 3-3A title with a win over Newberry Friday night.  Newberry is 4-4 on the season and 2-1 in region play.  As usual the Bulldogs are a big physical team that is very well coached.  Head Coach Phil Strickland isn’t one of the winningest coaches in South Carolina High School Football history for no reason, he always has his team prepared to play.  Union County’s running game has been one of the best in the state in recent weeks.  T.T. Kershaw and Kesean Glover have been really good running the football.  Kershaw got a little banged up last week but may still play this week for Union County.  With that offensive line even if they have to go to the backup the Jackets should still be able to get it done.  Newberry has always been a thorn in the side of the Jackets dating back to 2002 when Union went 14-1 in route to a 3rd state title in 4 years. The lone loss…..Newberry. (I may still be a little upset by that).

Spartanburg will beat Riverside in the final game at Gibbs Stadium.

Dorman should have no trouble with Mauldin.

Byrnes will get back on track after last weeks loss to Dorman by knocking off Hillcrest.

Greer will claim their region title by beating Eastside.  I think Greer may be my favorite to make the title game in 4A.

Broome will get back on the winning side of things against Carolina.

Woodruff should have no trouble with Mid-Carolina

Both Boiling Springs and Gaffney are still alive for the region 2-5A title.  Boiling Springs has played really good the last couple of weeks.  Both of these defenses are really good.  I think this game may come down to who can capitalize on a mistake by the other team.  If you get a turnover then you have to get points off of that turnover.  Field portion could be crucial in a game like this.