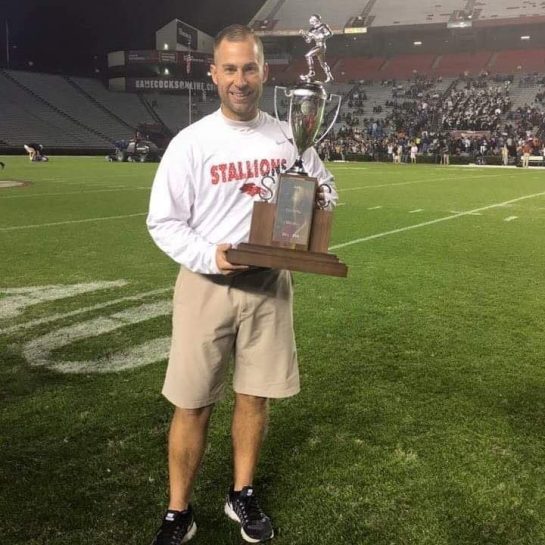 While serving as offensive coordinator at South Pointe, McManus helped lead the Stallions to four consecutive state football championships, as the offense set many school records, including many passing and yardage records. McManus is known for running an air-raid style passing offense, with with a west coast run game. His offense will run at multiple tempos, with multiple formations, and many substitutions. McManus describes his offense as “Quarterback driven” as well as, “Quarterback friendly.”

McManus is excited for the opportunity to work at Spartanburg High School and be a part of the District 7 family, “I couldn’t be more excited about working with and learning from the wonderful people of Spartanburg District 7. The new school shows a tremendous commitment to academics and athletics.”

McManus also stated, “I am ecstatic to work under a hall of fame head coach in Chris Miller. I cannot wait to learn from him and the current staff and coach football at the highest classification in the state of South Carolina.”