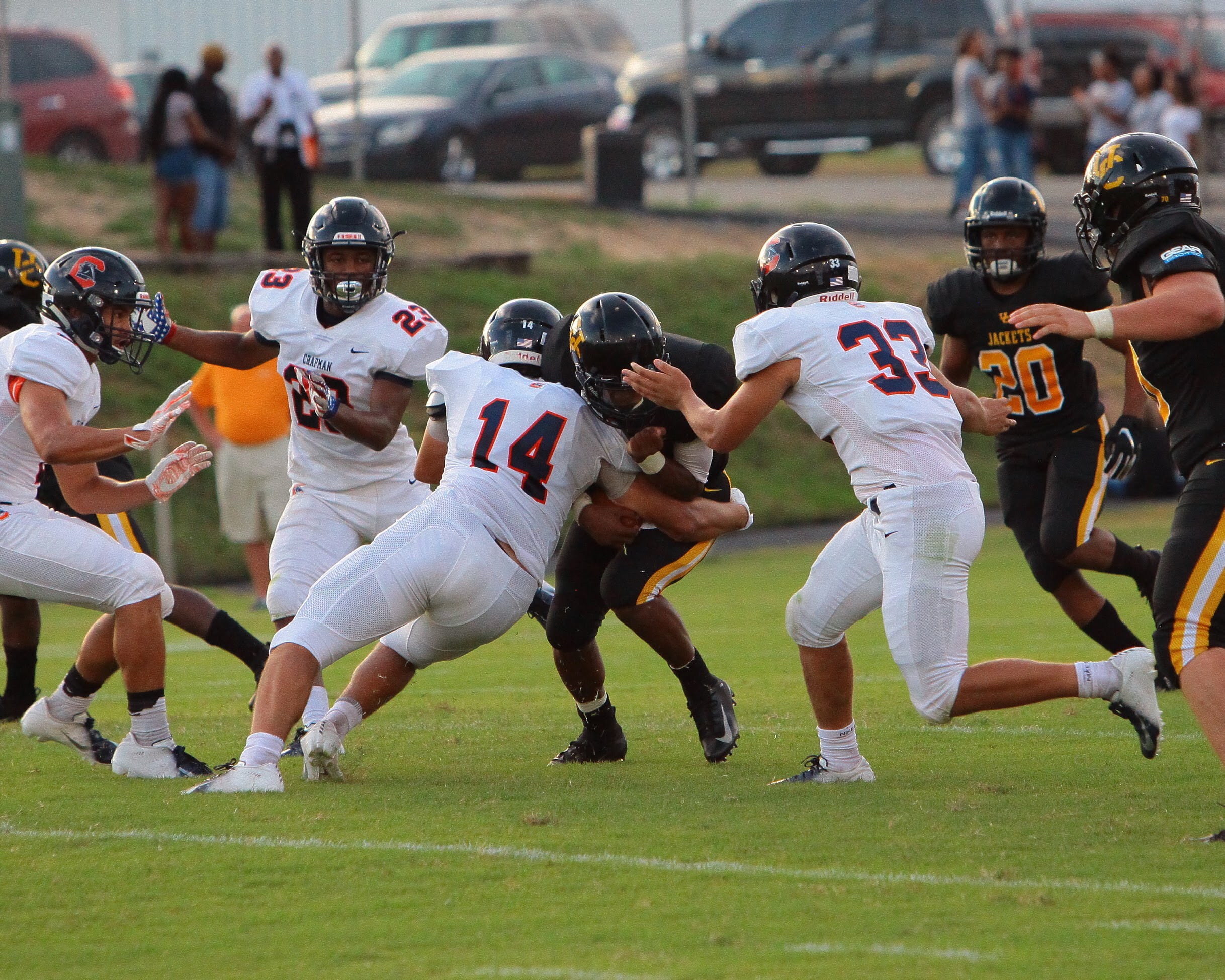 Game day is almost here so it’s finally time to take a look at what we have coming up this Friday in Week 0 with our area 3A/2A teams.

I’ll begin with this week’s Fox Sports Spartanburg Game of the Week which is Union at Chapman. Both teams are the early season favorites to win their respective regions, and this one also has a bit of a revenge factor as the Yellow Jackets ended the Panthers season last November. Chapman brings back several starters on offense and I expect this team to be able to move the ball against everyone, and Union is no exception. The Jackets should also have some success against the Panthers defense, and I look for Union quarterback Kesean Glover to have a great game running the football. The question is how much success he will have in the passing game. Chapman has a talented secondary that has a knack for forcing turnovers, and I think this will be the difference in what I expect to be a very entertaining ballgame.  In the end I think Mikele Colasurdo has too many weapons at his disposal, and the Panthers will pull away late. Last year these teams met for a second time in the playoffs and I don’t see any reason this year would be any different.

Another team with high aspirations for the year is the Broome Centurions. Last year Coach Lynn Fleming’s team was again hit with injuries, but when healthy at the end of the year they won a playoff game against an 8 win Woodruff team, and then took Chapman to the brink before falling short. This year the Centurions return more than half of their starters, but will be debuting a new quarterback in K.J. Morgan. He has played well in scrimmages and I expect that to rollover into the season opener on the road at Central. I look for Broome to use a potent rushing attack to wear down the defense and come away with an impressive road win to open the season. Look for senior linebacker C.J. Littlejohn to have a big game on the defensive side of the ball to lead the Centurions.

Coach Clay Lewis will have a tough challenge in his first game for the Chesnee Eagles as they open on the road against the Woodruff Wolverines. Both teams have questions at the quarterback spot, and both teams are expected to play multiple players at the position in Week 0. Chesnee will run a triple option offense, and if they find a quarterback who can make good decisions they can keep this game close for longer than the Wolverines would like. However, in the end I think Woodruff will control both lines of scrimmage and pull away in the second half, forcing Coach Lewis to wait at least one more week for his first victory.

In 2A the Landrum Cardinals will start off the year with a road contest at 4A Blue Ridge. Last season Coach Farmer led his team to a win over the Tigers and I expect the same result in 2019. The Cardinals’ defense should be stingy again, and I think senior running back Cam Wilson is poised for a big game this Friday against a defense that struggled to stop anyone a season ago. Coach Jason Farmer will have his team prepared, and I believe junior quarterback Cooper Gentry will do more than enough to lead his team to a road win to open the year.

Turn on the lights and get ready for kickoff. High School Football is back!