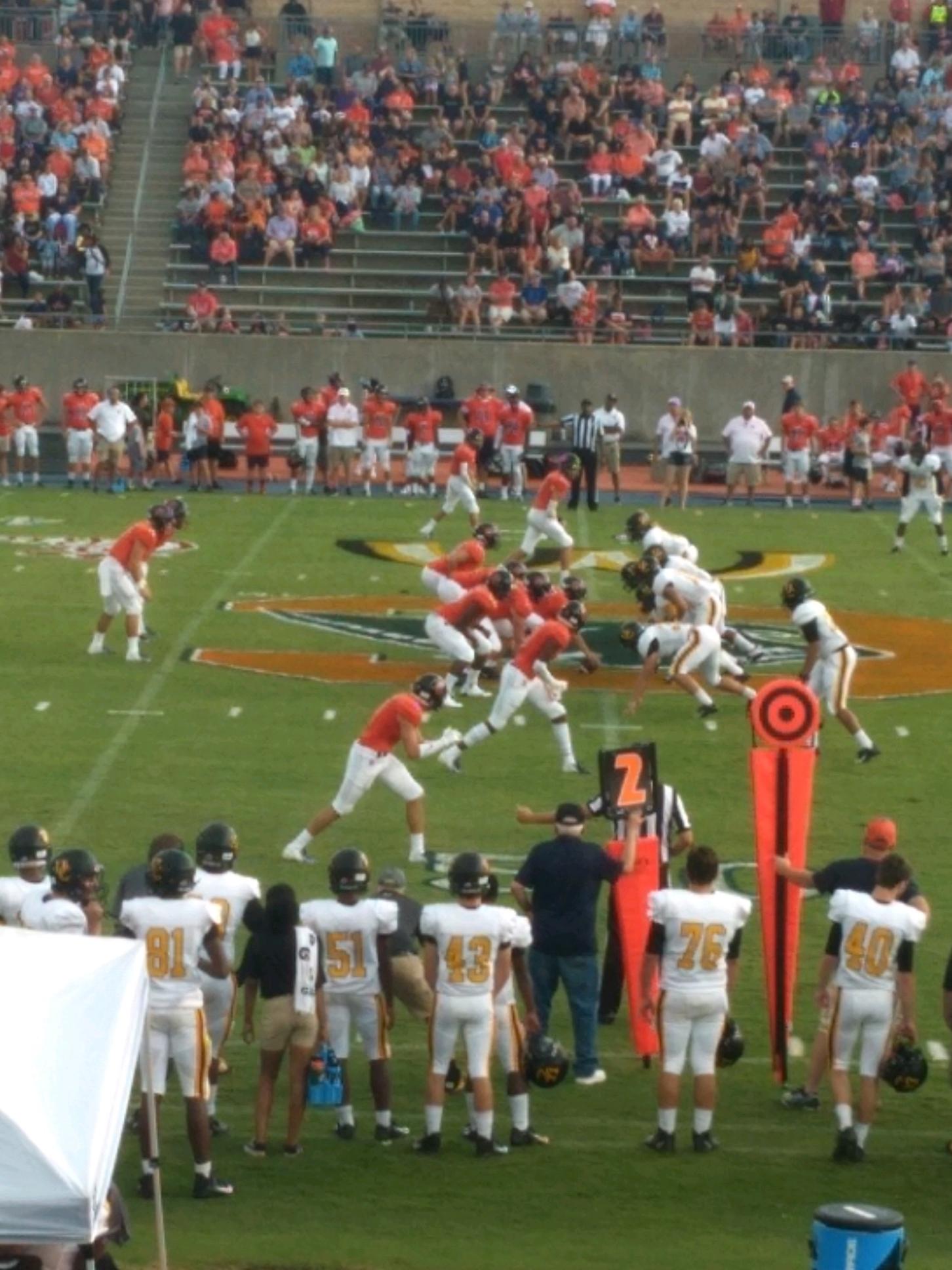 By Chris Doski
Week 0 of the High School Football season is in the books, and it featured some eye opening results along with huge individual performances.
In our TCB Towing Game of the Week, the Chapman Panthers were able to outlast the Union County Yellow Jackets, 52-37. Union made things interesting in the fourth after falling behind 38-7. The Jackets got to within 8 in the final 4 minutes before Mikele Colusardo ran in for the final score of the game to give Chapman the 15 point win. Colusardo finished with three touchdown passes in addition to the rushing touchdown late in the fourth. Senior Running Back Dante Smith had a strong night as he rushed for three scores. KeSean Glover had a terrific all around game for the Jackets.
In Fort Mill, the Spartanburg Vikings fell in their season opener to the Nation Ford Falcons, 20-6. Running Back Nathan Mahaffey was the vocal point of the Falcon offense and kept getting crucial first down after crucial first down as the game went on. Henry Bishop scored all six of the Vikings points on a pair of field goals from 32 and 39 yards out.
The Byrnes Rebels hit the road and took care of the Greer Yellow Jackets, 33-8. Quarterback Lawrence Scott led the charge for the Rebel offense as he threw for three touchdowns while running back Rahjai Harris had a score of his own. Izzy Rhodes had the lone score of the game for Greer on a touchdown run in the second quarter.
In Roebuck, it was all Dorman Cavaliers right from the beginning as Quarterback Hayden Lee tossed three touchdown passes as the Cavaliers routed Wade Hampton, 58-7. Halfback Chance Black had two touchdowns for Dorman.
The Blue Ridge Tigers were impressive in their season opener as they beat the Landrum Cardinals, 35-14. Cooper Gentry had a couple of long touchdown passes for Jason Farmer’s team, who saw a good Blue Ridge offense score four of their five touchdowns in the second half.
A solid game took place between the Chesnee Eagles and the Woodruff Wolverines Friday night in Woodruff as the Wolverines were able to win 28-20. Chandler Sorensen had two rushing touchdowns for Woodruff. Camden Burns, Jacob Kimbrell and Alijah Means each found the endzone for the Eagles.
A low scoring, grind it out game happened between the Broome Centurions and Central as Lynn Fleming’s team was able to squeak out a 20-14 road victory. CJ Littlejohn and KJ Morgan each scored touchdowns offensively for Broome while Markus Lindsay was awesome defensively as he had two interceptions, including one that resulted in a pick six.
*Be sure to tune in to Fox Sports 1400AM, 98.3FM and via our app for details on Week 1 and what lies ahead.