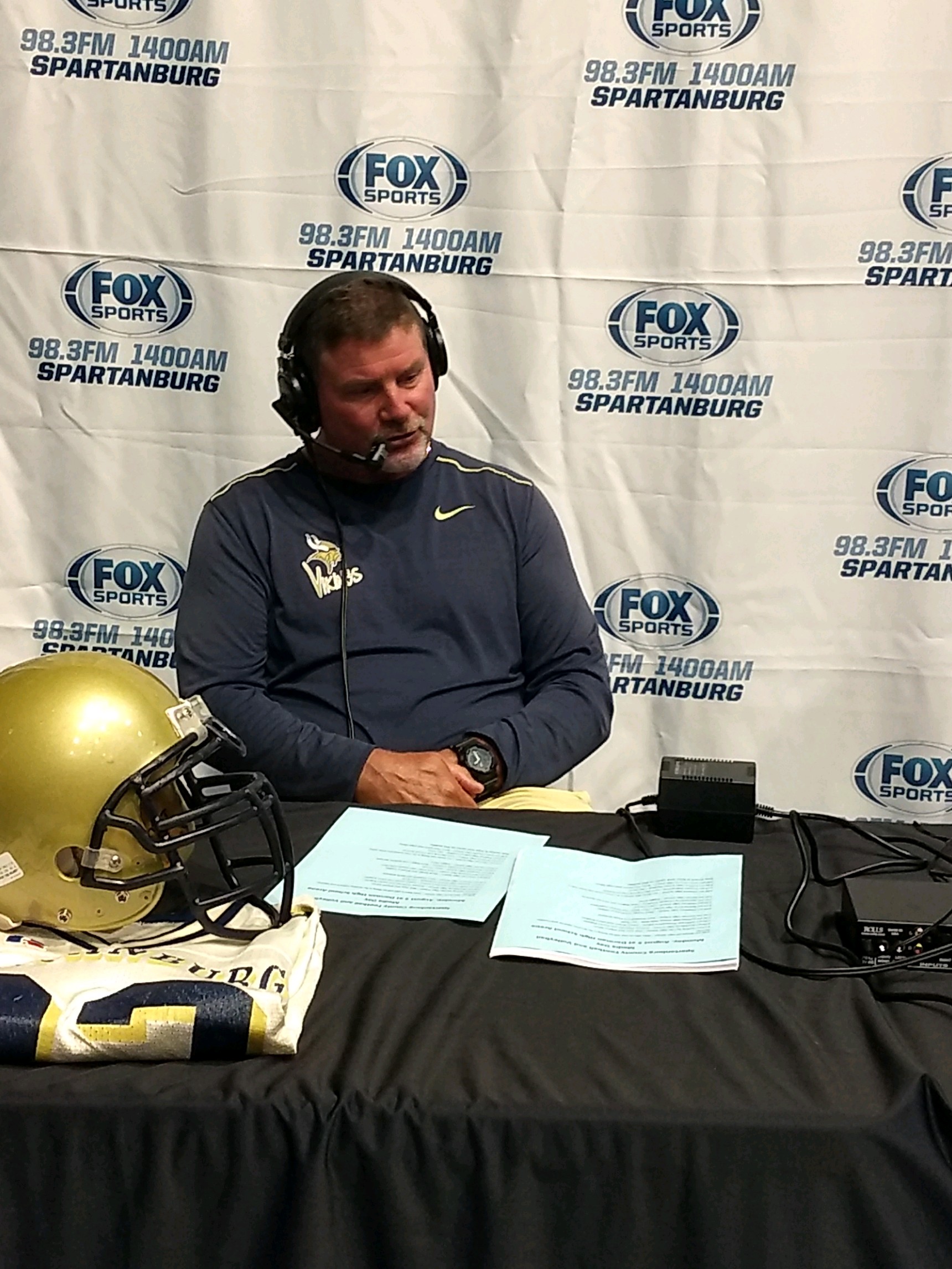 Week 6 of the High School football season is the first week that every region is starting region play. Let’s take a look at the matchups from Friday Night.

We are certainly spoiled in this area for some great high school football games, but there is no doubt in my mind the best game of the season last year was Dorman and Spartanburg. What a game that was and hopefully we can get another thriller this year.

Spartanburg opened their new stadium with a 17-14 victory over Hillcrest, which was a huge win in a lot of ways for the Vikings. Dorman picked up their second win in region play to improve to 2-0 with a 38-0 win over Boiling Springs.

Spartanburg in a few games this year has shown some flashes of how good they can be on offense. They jumped out to a 17-0 lead over Hillcrest and they were rolling, but like in the Greer game, the offensive stalled and allowed Hillcrest to hang around the game and closed the gap to 17-14. The Vikings defense was able to shut the door and hold on to the lead.

The Vikings against Dorman can not afford to stall out, Dorman is way too good, to not put pressure on them by putting up points. If Vikings offense does stall then this could be a long night for them against the Cavaliers.

This is an important game for both teams as Gaffney is looking to bounce back after being blown out at home last week against the Byrnes Rebels last week. And Hillcrest is trying to avoid going 0-3 inside the region.

Gaffney has suffered several injuries and it certainly has an effect on their performance, they survived an upset two weeks ago against Mauldin and they simply got outplayed last week to Byrnes.

I think Gaffney needs a bounce-back win and win that is convincing where they dominate on both sides of the ball to get some confidence back this week. I see Gaffney doing this and having a comfortable victory.

This game is important for both teams as they are both 1-1 inside the region. I look at this region and the teams I see competing for the fourth seed are Boiling Springs, Hillcrest, Maudlin, and Spartanburg, so when these teams meet each other they need to win it to put themselves ahead.

Mauldin has been very competitive so far with their region games they nearly had an upset over the Gaffney Indians a few weeks ago. I see this game as being close all the way through it.

I think Mauldin jumps out to a lead but the Bulldogs defense keeping them in the game, the only question is can the Bulldogs offense make enough plays to move ahead?

The Byrnes Rebels aren’t just good they are scary good, what they did on the road last week against Gaffney was impressive.

Rahjai Harris was so good last week showing he is a true workhorse by carrying the ball 32 times for 300 yards and three touchdowns. This Rebels team has been so good on both sides of the ball and to me are the favorites to win this region.

Riverside has not been able to make a game in this region competitive yet and I believe that is going to be the case again this week and see the Rebels winning big.

The Yellow Jackets have had a tough time during their non-region schedule but all that doesn’t matter now as they are getting into region play for the games that actually matter.

We have seen teams like the Union County Yellow Jackets last year, who played a brutal non-region schedule and how it prepared them for their region play and Union went on to have great success. So maybe the same thing will happen for Greer.

Greer has been solid on defense but with their young quarterback on offense, they have struggled to put up points. They had their bye week last week and an extra week to prepare for Greenville let’s see if that extra time helps them in this one.