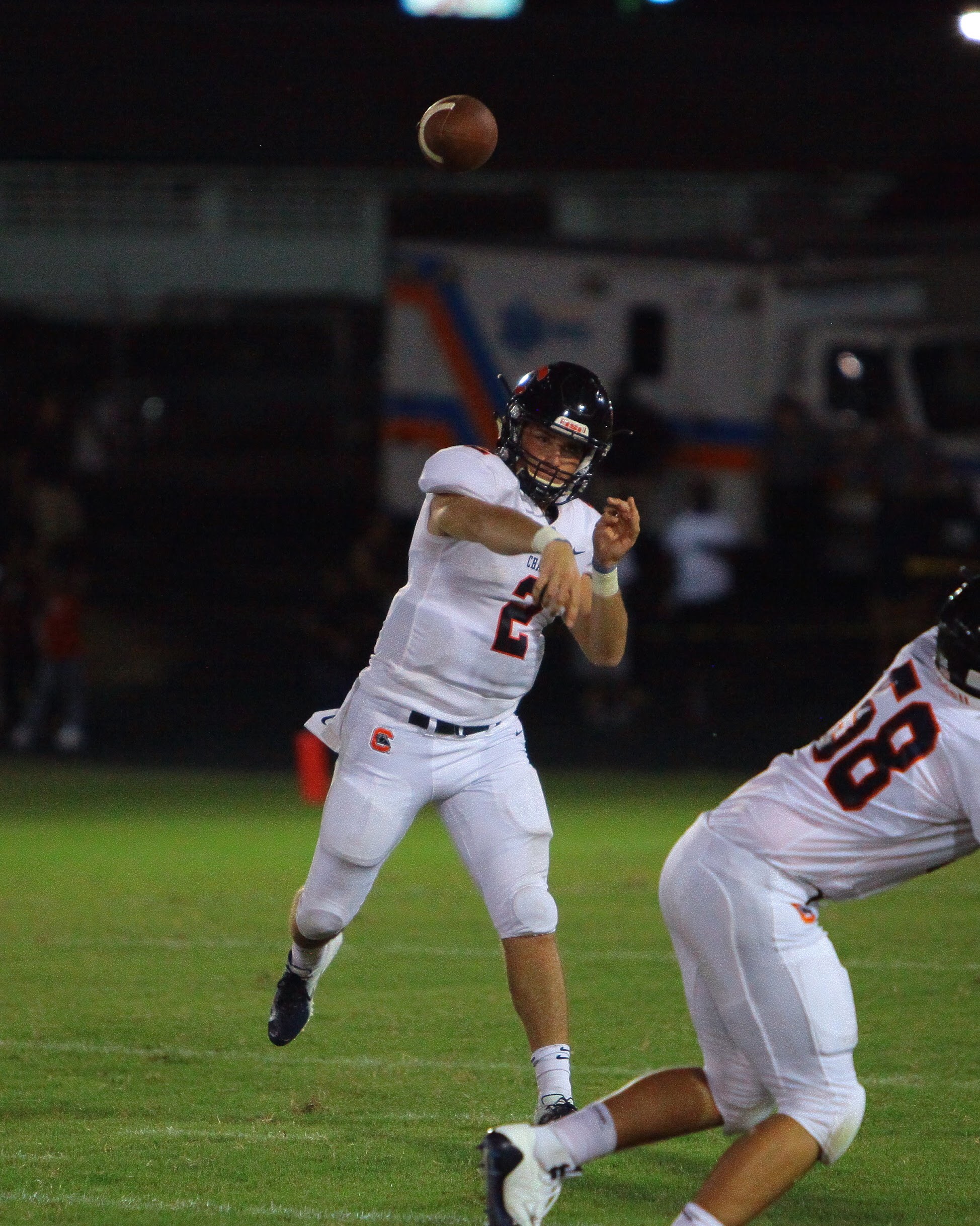 By Chris Doski
What a week 7 of the High School Football season we had here in the Upstate. In our TCB Towing Game of the Week, Junior Owens was once again phenomenal for Union County as the Jackets took down the Woodruff Wolverines, 48-28 at Union County Stadium on Friday. Owens finished the game with 285 yards rushing on 35 carries and found the end zone four times. The Union defense made a couple of big stops when they needed to and scored 20 unanswered points in the second half against a good Woodruff team. With the win, Union County is in the driver’s seat for the top spot in Region 3, 3A.
What a game it was in Boiling Springs on Friday night. In three overtimes, the Bulldogs were able to outlast Spartanburg, 44-37. Jalen Dodd finished 15 for 21 through the air with 214 yds and 6 touchdowns in the win. Shaqur Anderson Mullins was solid for the Vikings as he finished with four rushing touchdowns.
In Roebuck, the Dorman Cavaliers continued to impress as they beat Gaffney, 34-10. Kendall Norman, Hayden Lee, Chance Black and Jayvon Cohen were all making big plays of the offensive side of the ball for Dorman, who have a big road showdown with unbeaten Byrnes in Week 8.
There was plenty of drama in the Broome-Chesnee showdown Friday night in Broome. After the Eagles forced a fumble late, Chesnee went down and scored on the final play of regulation, before they were flagged fifteen yards for spiking the ball in the endzone. After being backed up due to the penalty, the two point try was picked off and the Centurions were able to prevail, 28-26. CJ LittleJohn led the Broome offense as he had 15 carries for 106 yards and two touchdowns.
St. Joseph’s showed Landrum just how good of a team they are as they downed the Cardinals, 49-28. Rashad Luckey led the St. Joe’s offense with 25 rushes for 164 yards and four touchdowns. Landrum Quarterback Cooper Gentry went 11-14 for 102 yards and a touchdown while running ten times for 54 yards and another score.
The Chapman Panthers wasted no time taking it to Carolina on Friday night as Noah Twitty returned the opening kick 75 yards to the house as Chapman dominated in their 64-0 victory.
The Byrnes Rebels showed no signs of overlooking Mauldin Friday before their huge showdown in Week 8 with Dorman, as Byrnes rolled to a 43-0 win. Rahjai Harris rushed for 115 yards and two touchdowns.
With many guys out in week 7, Greer gave it all they had against a one loss Travelers Rest team at home, but in the end it fell just short to TR, 21-14.