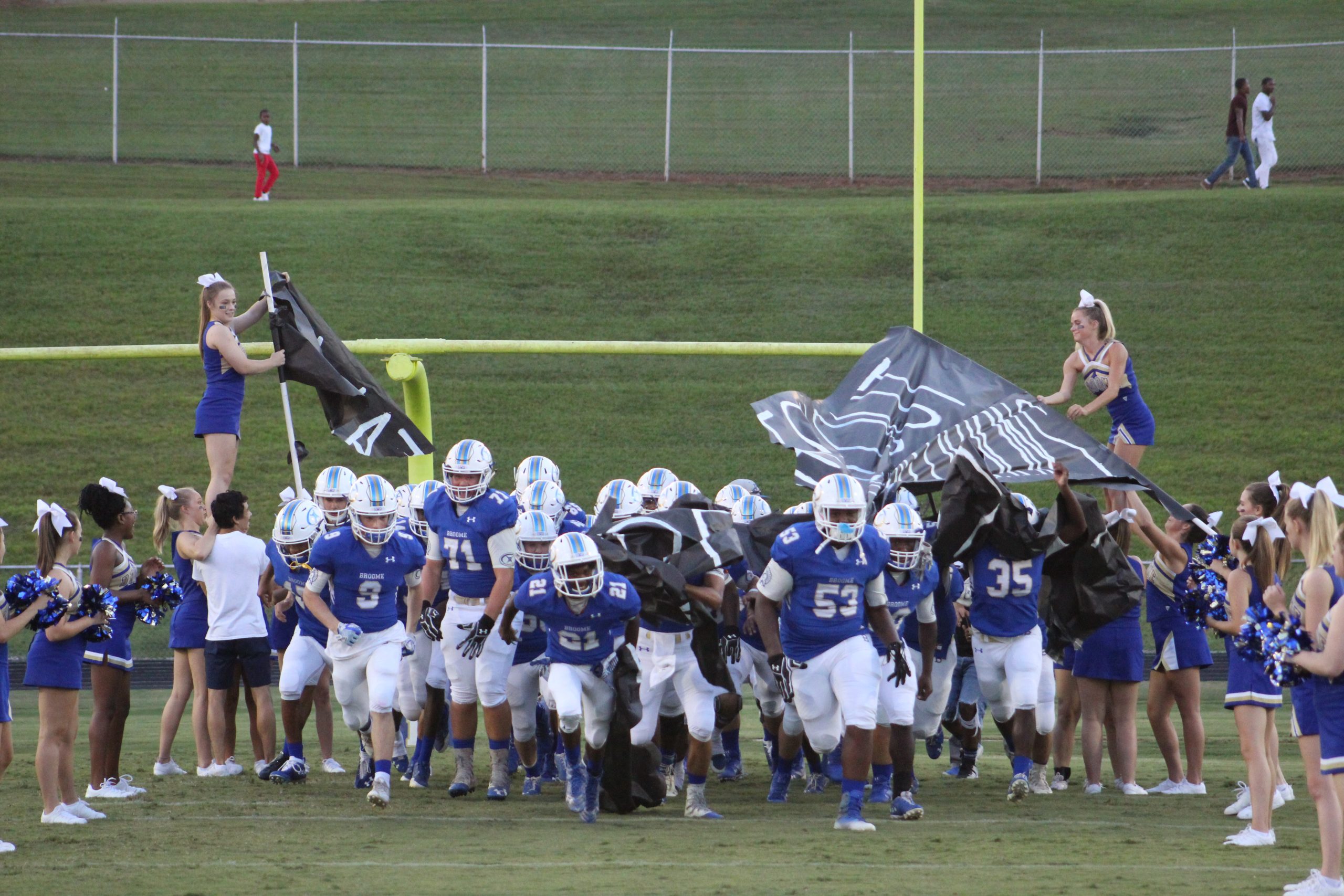 Week 8 was filled with terrific, down to the wire games all across the Upstate on Friday night. Our TCB Towing Game of the Week in Duncan lived up to the hype as the Dorman Cavaliers were able to knock off previously unbeaten Byrnes, 35-33. Jayvon Cohen’s touchdown reception in the fourth quarter put Dorman up by nine, 35-26. The Rebels were able to answer to get the game to within two, but were unsuccessful on the ensuing onside kick attempt before Hayden Lee ran for a first down and the clock ran out on Byrnes. Rahjai Harris and Lawerence Scott were solid for the Rebels as Scott threw for three touchdowns and Harris ran for 167 yards and a score.
The Boiling Springs Bulldogs for a second consecutive week picked up a huge region victory as they went on the road and took down Hillcrest, 30-20. The first quarter featured plenty of fireworks as the two teams were tied at 20 after 1. The Bulldog defense stepped up huge as they had five takeaways while Kentavious Epps was solid on the ground with three touchdown runs for Boiling Springs, who will head to Gaffney in week 9.
What a game it was at the new Spartanburg Viking Stadium as Mauldin was able to win in overtime on Jordan Franklin’s ten yard run, after Henry Bishop put one through the uprights. Seth Smith had a good night for the Vikings as he threw for three touchdowns. The Vikings look to bounce back in a big way in week 9 when they travel to Riverside.
Junior Owens made another strong case to be our Fox Sports Player of the Week as he ran for three touchdowns in Union County’s 56-21 road win over Mid Carolina. The win was the fifth in a row for Brian Thompson’s team.
Greer was able to pick up their second win on the season as they dominated from the get go in Berea in the 59-0 victory. The Yellow Jackets blocked three punts and saw Hollis Crosby, Isaiah Foster and Miller DeArmond have big nights offensively.
Woodruff Quarterback BJ Bailey had a good night for the Wolverine offense as he threw a couple touchdown passes and ran for another en route to the 26-0 shutout win over Emerald.
Christ Church went on the road and picked up an impressive 17-14 come from behind, overtime victory over the Landrum Cardinals. Silas Phillips got the scoring started for Landrum as he ran 69 yards to the endzone. Cooper Gentry found LC Williams across the middle to make it 14-0 Cardinals before Christ Church stormed back in the second half. Ryan Johnsen threw his second fourth quarter touchdown pass to Jack Sanford with a 1:08 left in regulation to tie it up at 14. The Cardinals fumbled going into the endzone on the overtime’s first series before the Cavs booted the game ending field goal.
The Broome Centurions picked up a big win over a good Southside team on Friday, 14-13. The Centurions saw Dylan Ramirez connect with KJ Morgan for Broome’s first score before CJ Little John ran one in from a yard out.
The Chesnee Eagles were able have their way with Carolina in week 8 as Chesnee won, 45-14. The Eagle offense got rolling in the first quarter as they put up 31 points. Rodney Alexander and Jacob Aparis were tough to stop on the ground for Carolina’s defense.
The Gaffney Indians got back to their winning ways as they blew out Riverside, 57-7. The Indians now turn their attention to region foe, Boiling Springs, in week 9.