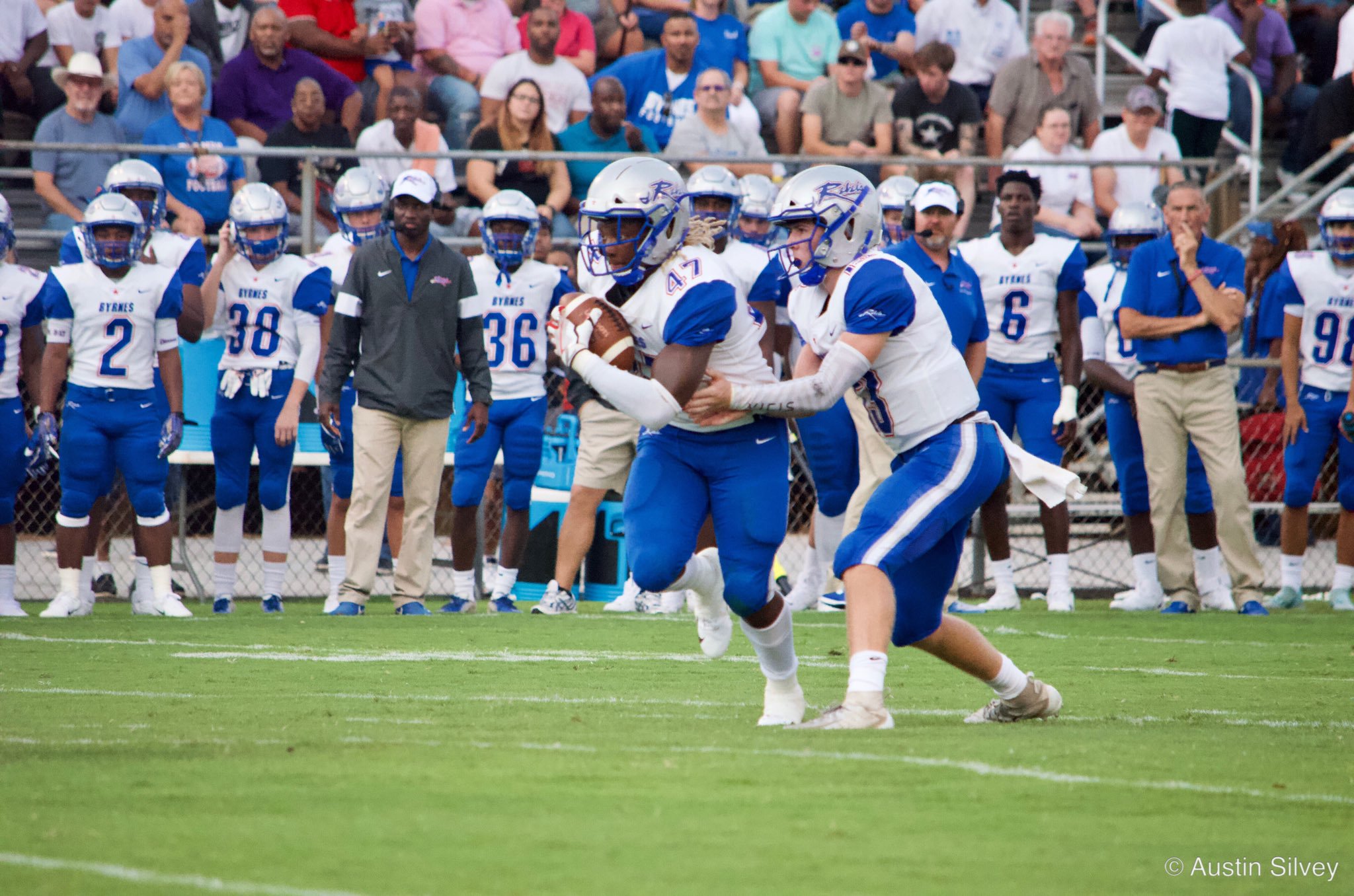 Round one of the high school football playoffs will begin at 7;30 on Friday Night. Let’s take a look at the matchups for teams in our area from the 5A and 4A ranks.

Dorman, for the most part, cruised through the regular season as they came into this game unbeaten. There weren’t too many weakness that was shown from this Dorman team. Many of the games several of their reserves had valuable playing time because the Cavaliers were able to jump out to big leads.

Greenwood comes into this game with a 6-4 record and put together a solid season, but the reality is if the Dorman Cavaliers are on their game, it will be a tough game for Greenwood to pull off an upset. I look for the Cavaliers to get a strong performance by their Quarterback Hayden Lee and win this game big.

The Byrnes Rebels are entering the playoffs as the two seed and their only loss came to the Dorman Cavaliers in a close game. Nation Ford is entering the game with a 6-4 record and has proven to be a tough challenge.

Nation Ford is a team that has some size up front and they like to use that size to their advantage by running the football. They have a Senior Running Back Nathan Mahaffey who is an extremely talented back who is having a strong senior year. He has carried the ball 249 times this season for 1,527 and 11 touchdowns.

For the Rebels, if they can stop the run, which they are pretty good at doing and make Nation Ford try to beat them through the air, then it will be a long day for Nation Ford. This another game where if the Rebels are on their game Nation Ford will have a hard time keeping up, look for the Rebels to win comfortably.

Gaffney has looked really good the last couple of weeks of the regular season and I believe that momentum will carry over into the game this week. Although Gaffney is a three seed in the playoffs I believe they are still a very dangerous team that is capable of going on a big run.

They did have a few disappointing losses on the season, but at the same time, those three losses came against some really good football teams. I see the Indians moving on to the second round to play either Sumter or Woodmont.

The Bulldogs will be on the road to take on a very good Clover team, who went unbeaten and won their region this season. The Bulldogs, on the other hand, had to go through a roller-coaster season to make the playoffs.

If you look at what the Bulldogs had to overcome this season and still make the playoffs is quite impressive. The question with them is can their offense keep up with their defense, and in the recent weeks, their offense has been able to put some points up and keep them in ball games.

But this week against Clover is another big challenge for them, but the good news is that the Bulldogs are already battled-tested and have played several strong teams like Clover. I think the key to upset this week for Boiling Springs is to start fast early, which should take the crowd out of the game a little bit and if they can hang around late in the game they are capable of making that one big play to win it.

The Greer Yellow Jackets had to do some work in order to make the playoffs this year, by having to win their final game against Blue Ridge. All season the Yellow Jackets have been really impressive on defense but they have had some offensive struggles. Injuries certainly played a role in the reason why.

But Hollis Crosby starting at Quarterback we started to see the Yellow Jackets find some offense in the past several weeks. They have a tall task here in the first round of the playoffs having to take on a powerhouse in South Pointe. Now, South Pointe may be a little bit more down this year than we have seen in the past but they are still a scary good football team.

A few weeks ago I said if Greer can find some offense they can be a dangerous team came playoffs time and now that they have gotten their offense going they are going to be a tough out. I expect them to compete in this game against South Pointe and I do believe they will have their opportunities to pull off an upset.

Player of the Week
Weekend Recap