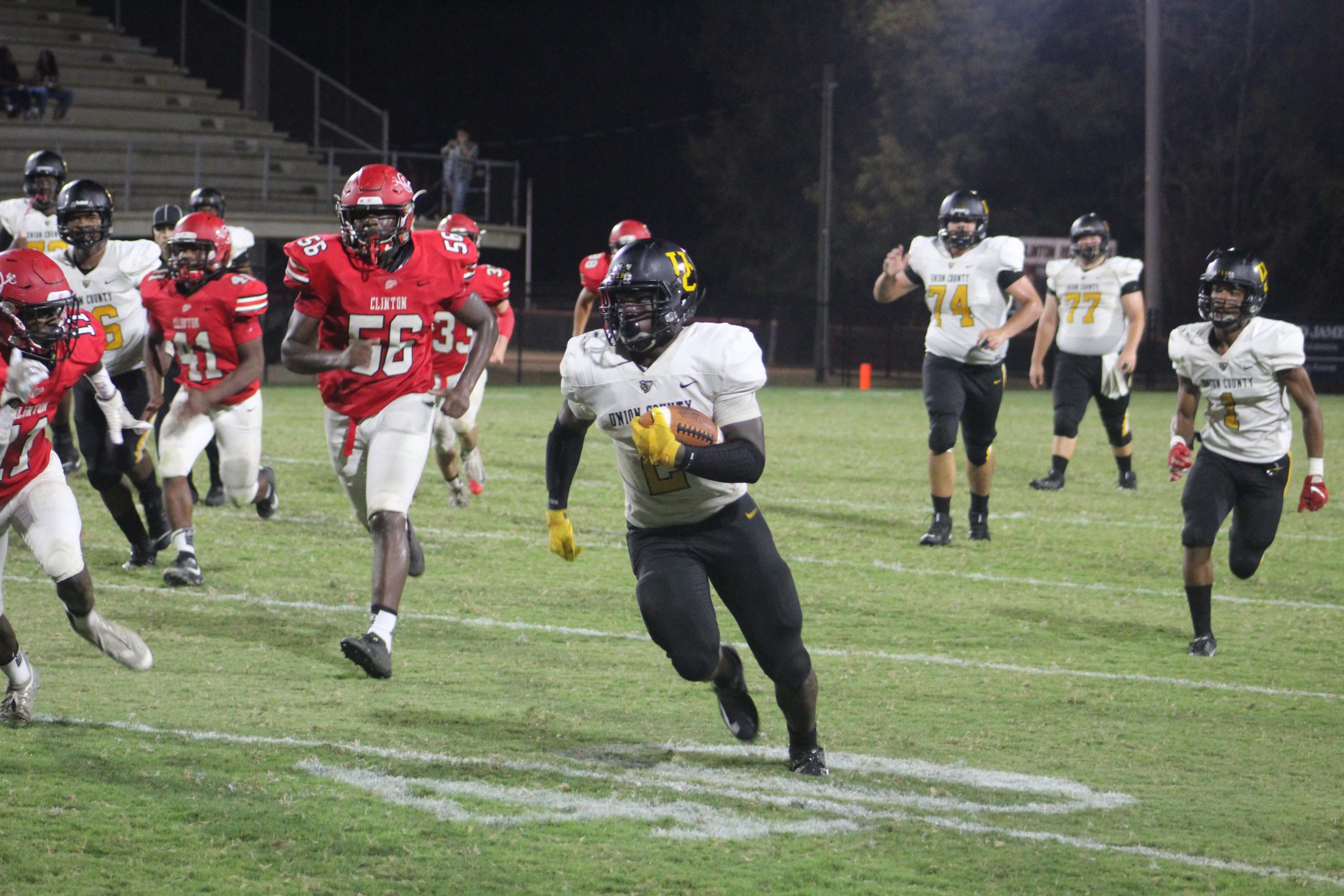 3A Round Three Playoffs Preview

By Alex Smith
Three area teams remain alive in the 3A Upper State bracket. Here’s a look at what they have coming up on Friday.
I’ll begin with the big game going on in Inman, where the undefeated Chapman Panthers will host the Woodruff Wolverines. The Panthers advanced last week with an impressive 52-14 win over Newberry. Mr. Football finalist Mikele Colasurdo and the offense proved unstoppable once again jumping out to a 42-0 lead and cruising to their 12th win of the season.
This week should be a much more difficult test as they take on a Wolverine team that put up a fight in the first meeting, and is playing much better football at this point in the season. Last week Coach Bradley Adams’ squad forced 4 interceptions for the second straight game, and routed a good Pendleton team 52-6. The first time these two teams met, Chapman grabbed the lead early before the Wolverines rallied late and cut the lead to two scores.
I think Chapman is the better team in this game, but can’t afford to have penalties and turnovers against a Wolverine team that has made a living capitalizing on opponents mistakes in the playoffs. I think Woodruff will look to come out and run the football and eat up some clock on their offensive drives, doing their best to keep the explosive Chapman offense on the sideline.
Many teams have tried this approach, but so far, none have succeeded. I think this has a chance to be a great game, but once again I don’t think anyone can stop the Chapman Panthers right now. Woodruff will give it a run, but I see the Panthers walking away with a two score win at home to move on to the Upper State Championship.
The other game in the upstate this week is Camden at Union County. last week Union County came away with their ninth straight win, a 53-28 victory over Chesnee in round two. The Bulldogs got here by defeating Broome 39-7. Yellow Jacket quarterback Kesean Glover was excellent once again in round 2, finishing the game with over a 100 yards passing and rushing. He exited the game with an injury, but all signs point to him being healthy for this week’s game. That’s good news for Union, as they’ll need the one-two punch of Glover and running back Junior Owens against a Camden team that has lost only one game all season.
The Bulldogs have a powerful offense that comes in averaging nearly 450 yards per game, with over 300 of that coming on the ground. To me this game comes down to which ever team tackles better. Both teams will move the ball and put up points, but the defense that does a better job of limiting the big plays of 20+ yards will come out on top. I think Union can win this game if the defense can play well on first downs and force Camden in to some longer yardage situations.
Next week we will have at least one area 3A team playing with a chance to go to Columbia. Can’t wait.