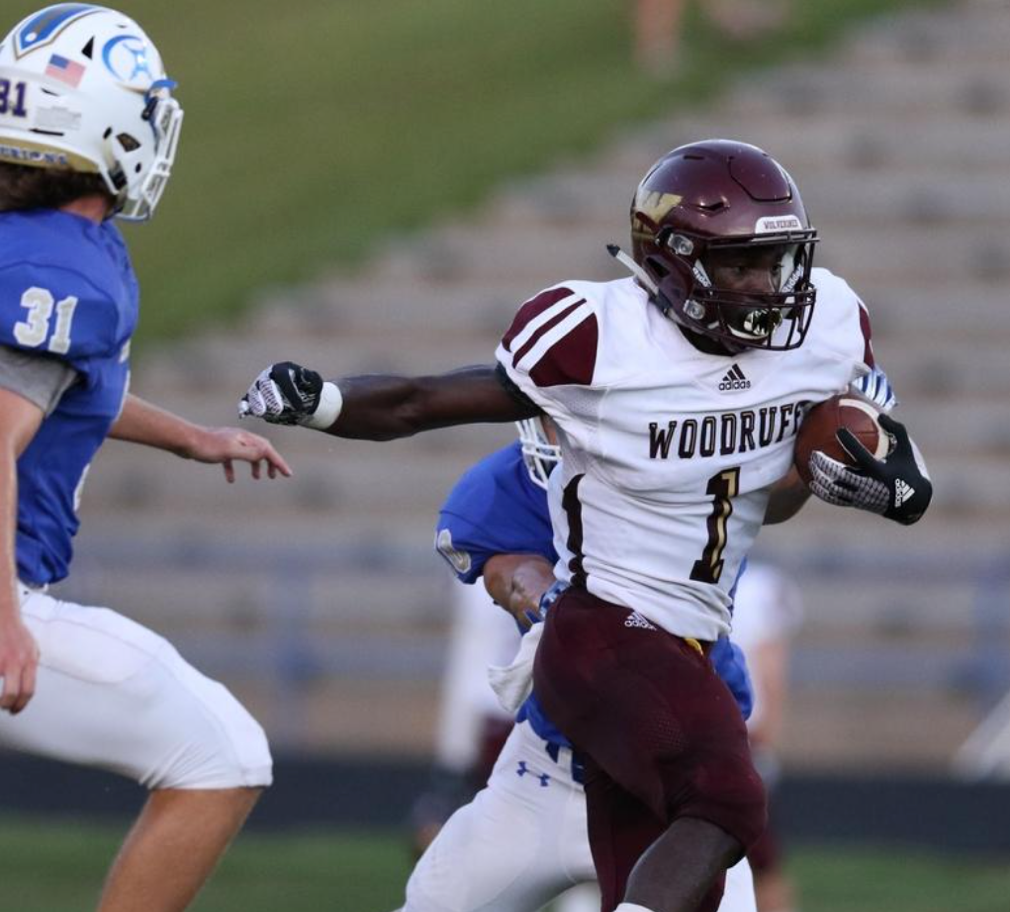 Clover is a mystery this season, having lost WR Jalen Lane and QB Gabe Carroll. So far they’re 1-1, but 1-0 in the region, having knocked off Fort Mill 21-14 last week.

This game is a must-win for the Bulldogs if they want to make the playoffs. Should they win, they’d be tied for 2nd in the region. Clover’s offense has struggled & their strength on D is their secondary. If BS is to win, they’ll have to do it by mixing it up & finding a way to get the ball in Caden Sullivan’s hands. Caden makes a big play somehow that swings this one.

Gaffney is on cloud 9 after a thrilling 1 point win over Dorman but they can’t afford to rest on their laurels. They’ll face a Nation Ford team that is still very talented, in spite of being dominated by Boiling Springs last week. However, Gaffney has a strong D line that will haunt the young sophomore QB from NF, as well as a tough & capable QB in Undre Lindsey. I don’t think they should have much trouble so long as Undre stays healthy.

Greer was off due to Covid cases at BHP last week. They’ll be itching to get back at it and get to 1-1 in the region. It won’t be an easy test as they’ll take on a Greenwood team averaging 38.5 points per game with a defense that has only given up 14.

The Eagles have lots of depth on offense & they take the Dabo approach & use all of it. They have 4 running backs that they rotate out & 2 solid WRs.

The key for Greer will be to take advantage of Greenwood’s young D line & establish a run game. Put together some long sustained drives & keep the Eagles offense off the field. If they don’t, this will be a blowout.

Union County was strong out the gate last week at Woodruff. They went up 14-3 early, & led 20-6 at the half. The 3 gun armory of QB J’Bryson Hunter, RB Ke’Avis Savage, & WR KJ McCluney showed they’re more than capable. In the end, they failed to capitalize on Woodruff’s mistakes, coming up short in plus territory 3 times in the late 3rd & early 4th quarter.

This should be another tight battle, coming down to who wins the turnover & field position battles & who is willing to take a risk.

This week, they’ll host Clinton, who are fresh off a 1-point loss to Broome. In spite of being picked at the bottom of this region, the Devils have had success so far, averaging 30 points a game.

They’ll need to score as much as they can in order to have a shot at Chapman Friday night. Their key is to lean on the legs of RB Jykorie Gary & not only score early, but do it Muschamp style. They’ll have to play keepaway, & I just don’t think they’ll be able to hang around.

Prediction – Chapman jumps out to an early lead and never looks back. 52-21 Panthers.

Woodruff QB Carson Tucker is likely feeling a little more confident after going 12-24 with 224 yards & 2 TDs in his team’s 28-26 W over Union. Trailing 20-6 at the half, with some sophomore moments early on, he rebounded & got the ball into the hands of Shemare Dendy & WR Zyrell Scott to outscore UC 22-6 in the 2nd half.

Emerald isn’t in a good spot right now, 0-2 in the region & eliminated from playoff contention. Good news? They match up better with Woodruff than they did Chapman, & the key is simple.

Don’t let Scott & Dendy beat you. Do whatever it takes to make them a non factor. Put the pressure on Carson Tucker. If he steps up and beats you, tip the cap to him. For Woodruff, it is all about not killing early drives with rookie mistakes, and continuing to adjust by getting the ball in your playmakers’ hands in the 2nd half.

Chesnee at Landrum (TCB Towing Game of the Week)

Historically, Chesnee has dominated this rivalry series, only losing 5 of their 42 meetings. This year, they are region opponents for the first time since 2017, which is almost certain to bring a little spark back to the rivalry.

Chesnee has been dominant so far in 2020, 2-0 and sitting in the driver’s seat of Region II 2A. Their defense has been stingy and their offense has executed well, particularly in the run game as Friday, RBs Adam Parks and Camden Burns combined for 156 yards & 2 touchdowns. Landrum opened their season with a thrilling 29-27 win on the road over a pretty good Blacksburg team.

As big a win as it was for Landrum, it wouldn’t have happened without a couple of late turnovers by Blacksburg. Landrum is a young team this year, and I just don’t think they match up very well with Chesnee.