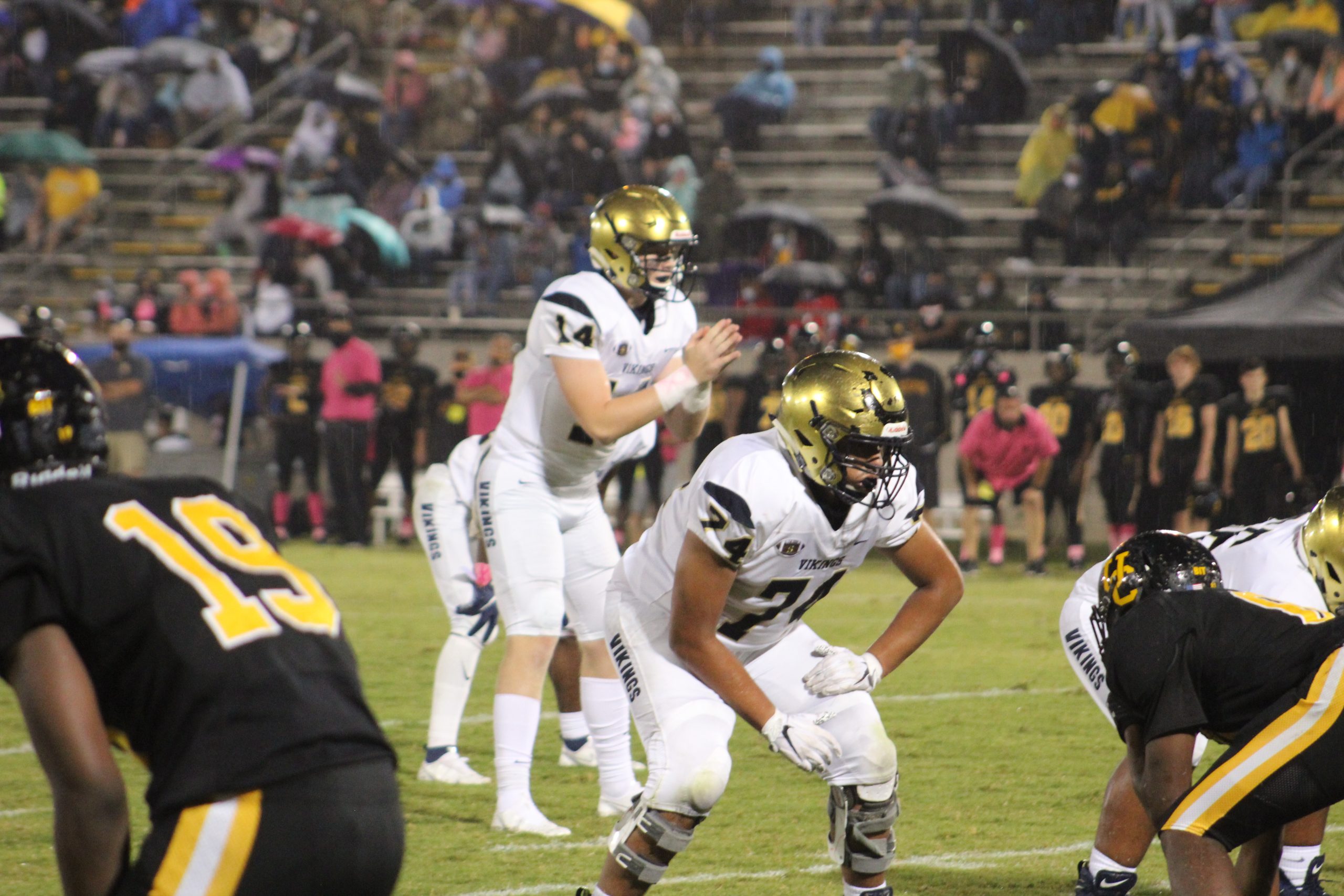 That’s right. It’s rivalry week! Since 2004, Dorman has controlled things with an 11-6 record over the Vikings. With the programs in 2 different places, for Mark Hodge, the Dorman hump is one he’d love to get over in his first season. It will be tough as Raheim Jeter was hurt against Union 2 weeks ago and the QB situation is unknown. Being a rivalry game with a new energy and a new coach on the Viking sideline, I’d like to think this one could be fun. There will be a crazy play here and there. But in the end, I just feel like the better team will win. That is Dorman as long as they execute.

Boiling Springs offense put together their most explosive showing of the season Friday against Fort Mill. The Bulldogs pitched a 63-0 shutout, amassing 545 yards total offense with 367 of that on the ground. They also locked up their playoff spot.  Greenwood has another prolific offense so I look for this to be a shootout, with the difference being… bold prediction… Caden Sullivan. Bulldogs win.

Laurens just hasn’t impressed against their region opponents and to make this as brief as possible, Greer should win big.

This is a big matchup for Landrum. Their playoff hopes are still alive but St Joe’s stands in their way. The Knights are 2nd with a 2-1 region record. The Cardinals will have to put their loss to Chesnee behind them and come out swinging. This should be a fun one and I like Landrum to edge them.

Chapman is the region frontrunner but that doesn’t mean that this doesn’t still have the potential to be a fun one. Broome has had a long time off, not having played since they beat Clinton in dramatic fashion by a point. Dylan Ramirez and the centurions will be hungry to get back at it. Of course, Chapman is not a small task to come back to. In the end, there will be some rust Broome can’t shake and Chapman should do their thing.