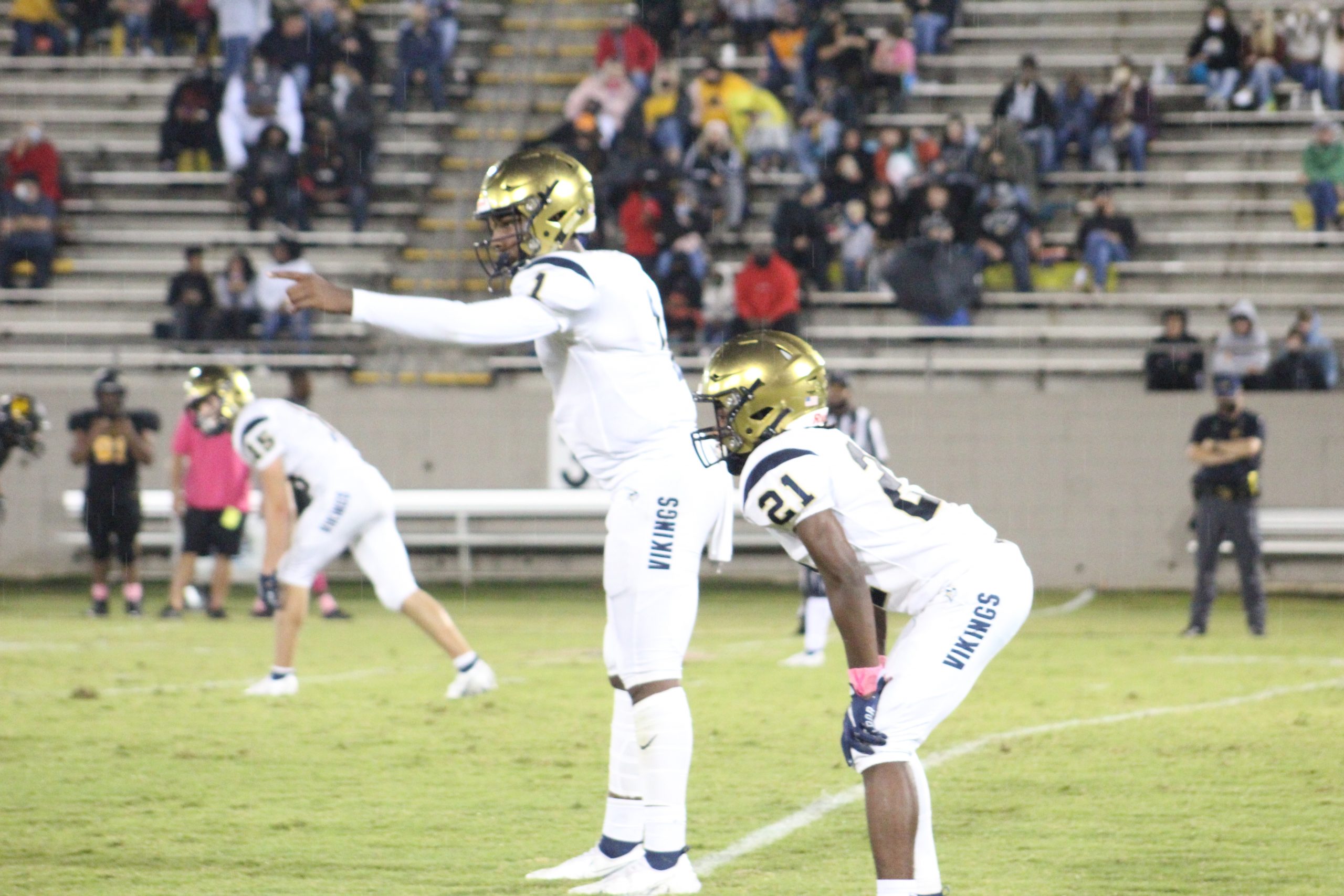 This rivalry has really become intense over the last 5 years, with Boiling Springs having won the last 6 meetings. Several of those have been down to the wire overtime thrillers and this one, while not a region game & with no playoff implications, still has all the makings of another fun game.

Last week, Boiling Springs got a bye week due to covid cases at Greer. Spartanburg took on Riverside & pulled off an epic comeback. The Vikings had 4 turnovers in the 1st half, 2 of which led to Riverside TDs. The game flipped when Raheim Jeter came in. After trailing 27-10 at the half, Spartanburg scored 28 unanswered in the 2nd half to earn the 38-27 W.

In order to win this one, Spartanburg will have to avoid the turnover bug. They simply cannot turn the ball over against this Boiling Springs team & stay in it. Defensively, Spartanburg will have to key in on Caden Sullivan as well as try to make Jalen Dodd uncomfortable in the pocket. I expect that this one will go the usual way until the Bulldogs force a couple of mistakes.

The Panthers are already locked into the playoffs as the undefeated region 3 AAA champion. They have rolled right along this season, still averaging 47 points per game. This week, they’ll take a long trip to take on 4A Walhalla.

The Razorbacks are 3-2 on the season, with wins over Easley, Woodmont, and Travelers Rest, 3 teams that really have not impressed this season. Walhalla has the capability of scoring a lot of points, as they average 25 per game. But, that won’t be enough to top the Panthers.

If anything we have learned about Chapman over the last few years, it’s that school size doesn’t matter. For example, Chapman has beaten 5A Boiling Springs twice over the last 2 seasons. I don’t believe the Panthers will have any trouble beating Walhalla convincingly.

This game would have been huge had Broome been able to pull a win at Woodruff Monday night, as this would be the battle for the #2 seed from region 3 AAA. But, that doesn’t mean this one isn’t still going to be fun.

Broome has had a busy couple of weeks, as this will mark their 4th game in 13 days. In that span, they have lost 3 straight region games to Chapman, Emerald, & Woodruff. It’s not an offensive issue for the Centurions, as they’ve averaged nearly 24 points per game in that span. Their defense has given up 109 points over the last 3 games.

This matchup is intriguing because Union and Broome are 2 teams in the same boat. Both have very talented QBs, a lot of talent in the backfield, good receivers, & defenses that have struggled. This game has fun shootout written all over it. But, I believe Union has an edge talentwise with the duo of Keavis Savage & Ja’Bryson Hunter, as well as WRs KJ McCluney & Desmond Herbert. I believe they will pull away from Broome in the 2nd half to win by a couple of TDs.

It has been rough for the Cardinals this season. They have had no trouble being in games and competing in the first half. But, it seems every week, lack of depth comes back to bite them and games slip away from them in the 2nd half.

I don’t know much about Buford, but I know they, like Landrum, are a smaller school, so depth should not be as big of an issue for the Cards. They will match up much better. Not only that, but Buford has only played 3 games due to covid, meaning they have not had as much practice as Landrum. Based on all that, I like Landrum in this one.

I also like Byrnes over Camden and Gaffney over Blythewood.