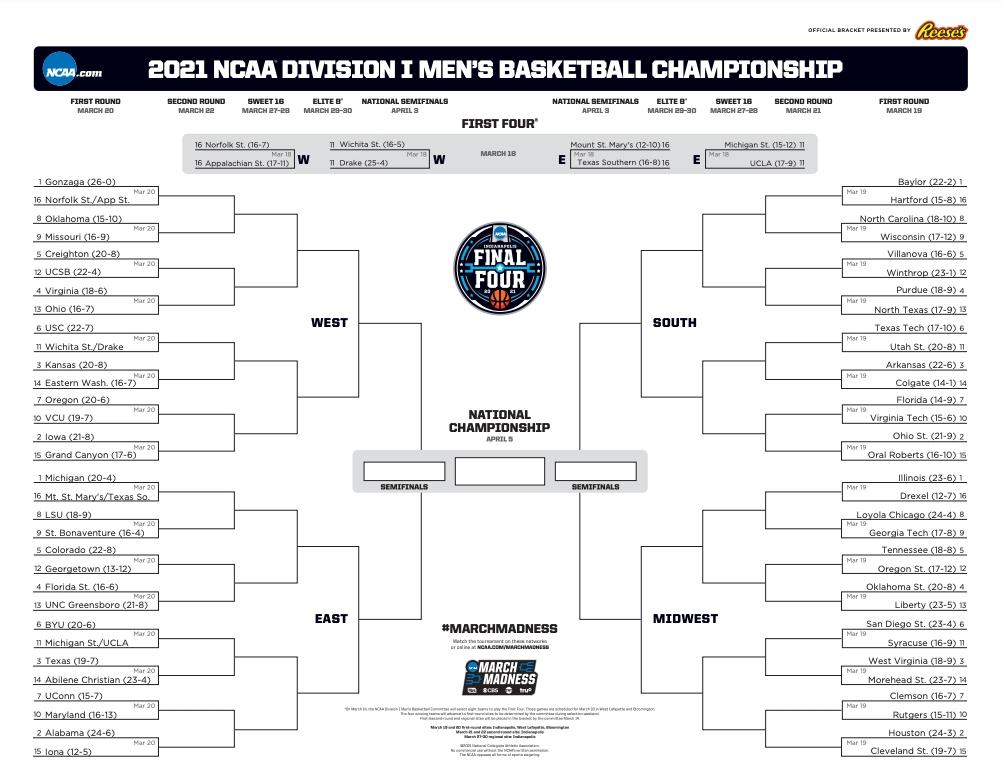 Last March was a tough time for all of us. None of us knew what to expect with the arrival of COVID-19 and all the shutdowns that came with the spike of positive cases.

We talk all the time about how sports is often a distraction from “real life.” When the conference tournaments, and ultimately the NCAA tournament, were cancelled, it took away that distraction and put the news of the virus and counts of positive cases front and center and sometimes it seemed like that was all anybody was talking about.

Finding content for a sports radio show everyday of course was a struggle.  We did the best we could to give everyone a little escape from all the bad news that was going on around the world.  When MLB announced their return it was a very happy moment for me and a lot of people in this business and sports lovers in general.  Then we had a very successful football season both in college and in the NFL. There were postponements and cancellations, but ultimately the season was a success and a champion was crowned in each.

Baseball and football all helped us to feel a little bit normal. Then college basketball returned. There have been a ton of cancellations and postponements and this season has been anything but normal, but here we are the conference tourneys behind us and the NCAA tournament looming. While this tournament won’t have a 100% normal feel, because the games aren’t being played all across the country but all in one city, it should make us all feel one step closer to normal just to be able to enjoy March Madness.

This could be one of the most exciting tournaments in history.  Some new names are in while some old names are missing.  Duke and Kentucky will be absent from the tournament for the first time since 1976, which really just defines the weird year in college basketball. However there are some great teams and story lines in this years tournament.  I am excited to see what the Winthrop Eagles can do for one. Coach Pat Kelsey and his Eagles ran through the Big South Conference with relative ease, only losing one game all season.  App State will play in one of the first four games and we will be pulling hard for former Wofford assistant and former PC head coach Dustin Kerns. Mike Young, former Wofford coach, will take the Virginia Tech Hokies to the tournament where they will meet up with the Florida Gators in the first round. Clemson is in, can they win a big game?  Georgetown with Patrick Ewing at the helm could be a tough out in the NCAA tourney.

Then there are all the things that we talk about durning the NCAA tournament. Who will be the Cinderella story? Who will be the sweetheart of the tournament? I look forward to all of these story lines and how they will unfold, but for me the biggest storyline of all is the return to semblance of normalcy and the return of the NCAA Tournament.

Don’t forget to join the Bump and Run Bracket Challenge on the ESPN Tournament Challenge.  Just search Bump and Run 21 and join the group. Brackets must be submitted by noon on Friday 3/19.  Limit of two brackets per person. Prizes will be awarded.  Tune in to Bump and Run from 7-9am Monday-Friday to find out more!