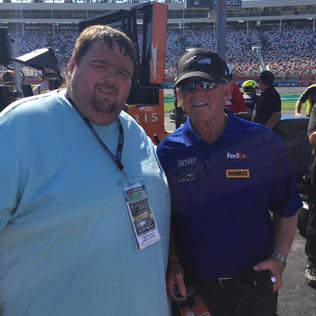 Sports and Stuff: A Dying Tradition?

Admittedly I am not a huge golf fan. I watch, some, but it is rare and usually only on Sunday of a major. Even then I won’t really turn it on unless it is close and I have someone to root for or against.

Years ago, this was not the case. When Tiger Woods was a the top of his game, I had to watch. Especially during a major event I had to know where Tiger Woods was on the leaderboard everyday. If he was in striking distance on Sunday it was going to be on my TV, and for Tiger at that time it seemed like anything was striking distance. It was fun to watch the most popular and arguably the greatest golfer of all time at the top of his game. The comeback win at Augusta in 2019 was really sweet and probably one of the greatest moments in the history of the sport and I was glued to the TV for every minute of coverage.

This year, I am not 100% sure that I will watch the Masters. I hope to watch, I really do. I believe it is the greatest golf tournament in the world and one of the most prestigious sporting events that exists, ranking up there with March Madness, and the Daytona 500.

But for the less than avid golf fan like me, what’s to watch? Where is the good story? Who is there to root for or against?

We talk about this all the time, every sport needs a hero and a villain, just like in the movies. Dale Earnhardt needed Jeff Gordon, the 90’s Bulls needed the Pistons, and Ric Flair needed Dusty Rhodes, and the list goes on. Who are the heroes and villains of golf? Can you imagine how boring a Batman movie would be without the Joker, Riddler, or one of the other notorious villains?

Golf needs a consistent hero. Somebody the fans can get behind that they think has a chance on a weekly basis. Could that be Dustin Johnson? Jordan Spieth? Who could be a bad boy? DeChambeau? If golf is going to get back to the glory of those Tiger days someone had to be good enough, consistent enough, to give us all something to root for or against.

Im not tuning in on Sunday to watch two no-name golfers battle for the green jacket. I want to see the big names…There are big names right? I don’t want to see Webb Simpson and Mike Weir battling it out on Sunday. I want Dustin Johnson, Spieth, Justin Thomas, DeChambeau, to be at the top of the leader board come Saturday night. I’m sure the PGA and CBS do too.

Nobody will EVER be Tiger Woods and it is unfair to ask someone to try, but somebody has to step up or soon golf will be forgotten around her like tennis once Sampras and Andre Agassi retired.

Panthers Trade For Darnold
Sports and Stuff: The New Kid?