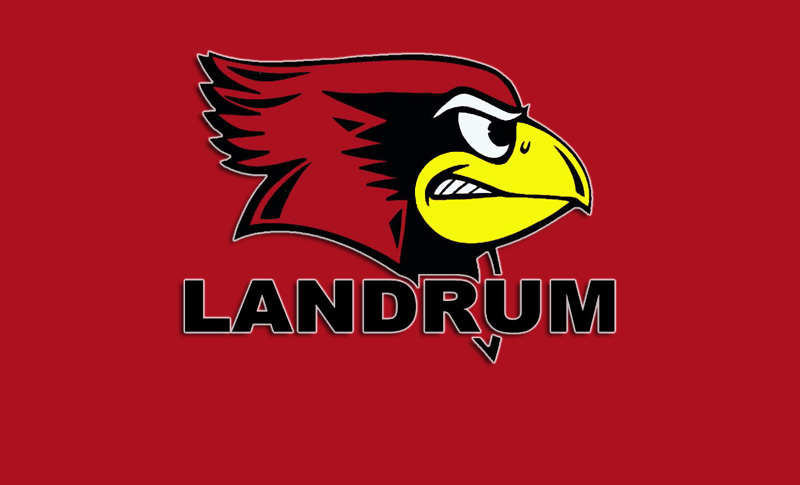 In preparation for the 2021 High School Football season we will be previewing a team in our listening area each week leading up to the first week of the season. This week we start in Class 2A with the Landrum Cardinals.

The 2020 season was not kind to the Landrum Cardinals. Landrum started off the year in excellent fashion with a region win over Blacksburg 29-27. Things quickly went south as the Cardinals would not win another game until the final game of the season when they defeatedL Liberty 42-14. The Cardinals will look to turn it around in 2021 with a mixture of experience and youth.

The biggest question mark for the Cardinals heading into the summer is at the quarterback position. Cooper Gentry has been the starter for the last two seasons for Landrum but he graduates this year leaving a void on the offensive side of the ball. Coming out of spring practice rising senior Grayson Foster is the starting quarterback. Foster, who will also play corner, is an athletic guy that can bring a lot to the quarterback position for the Cardinals. While Foster is currently the starter Coach Jason Farmer does expect there to be some competition at the position during the summer. Two sophomores, Dylan Collins and Franklin Davis have also taken some reps at the QB position for the Cardinals.

One position that Coach Farmer is excited about is the offensive line. The Cardinals return three starters from last year on the offensive line and several more players that got a lot of varsity reps last year. The Cardinals also return two running backs from last year that will provide valuable experience to a team that leans heavy on the running game. Coach Farmer is also excited about some of the younger kids who will be playing on the offensive side of the ball like Colton Link and Braden Mashtare, who will add a mixture of speed and power to the Cardinals running game.

On defense the secondary took a big hit, but otherwise the defense brings back a lot of returning players from last year. Eli Quinn at linebacker, Ronnie Belue on the defensive line, and Ethan Dugat at nose guard are just three of the players returning on defense for the Cardinals that should be big playmakers.

With the mixture of youth and experience the Cardinals will have this year, and with normal spring and summer to prepare I believe this team will be much improved for last years weird, covid year.

Here is a look at the Landrum Cardinals 2021 Schedule: