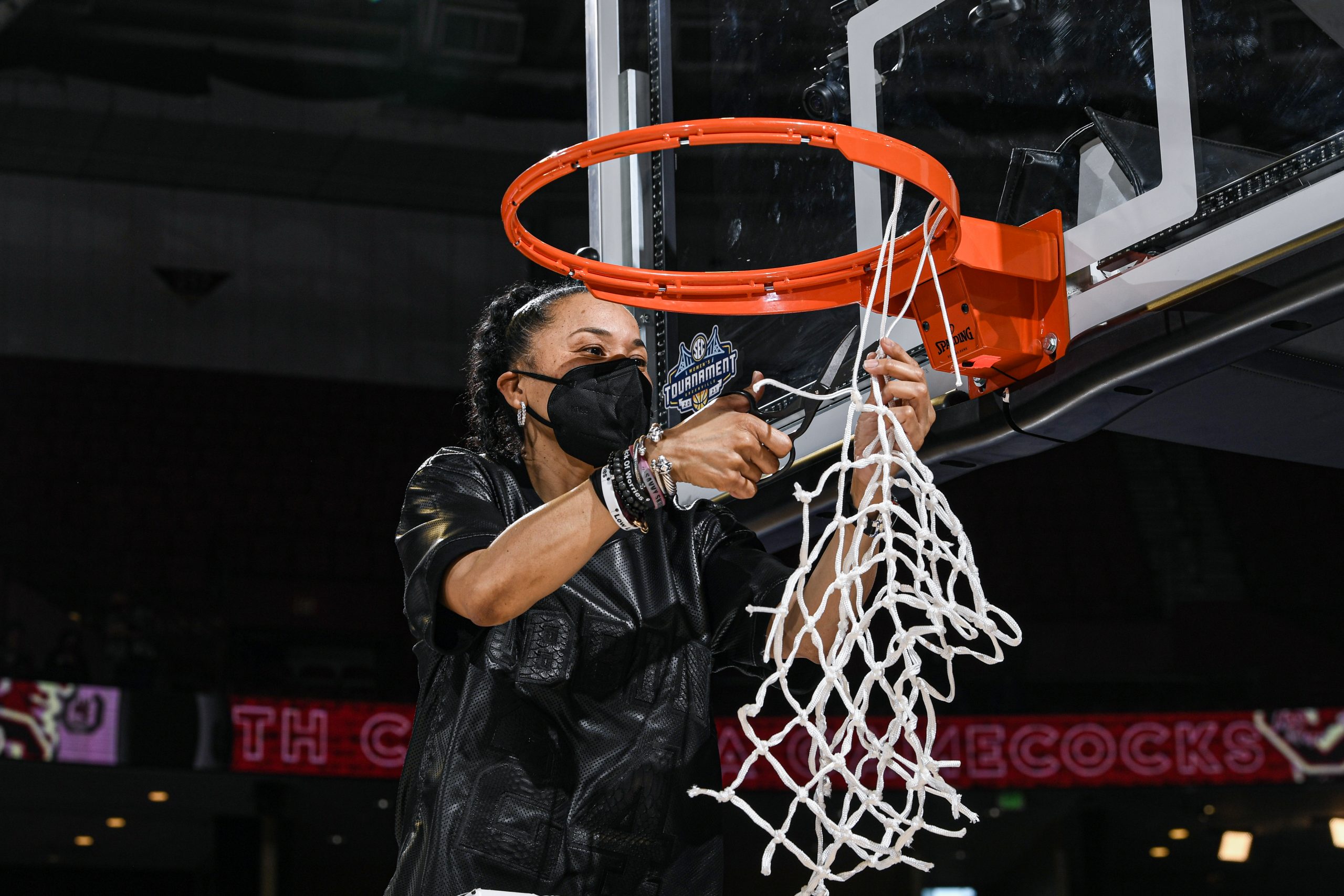 Dawn Staley has done what few coaches have been able to do at South Carolina. Coach Staley has built an extremely successful program that continues to simply reload year after year.

Dawn Staley took over a program that had only seen some marginal success since its inception in 1974. Prior to 2008 the Lady Gamecocks had appeared in the NCAA Tournament eight times, since that time they have advanced to the sweet sixteen eight times, the elite eight four times, the final four three times and have won a National Championship.

Coach Staley has been able to build on the success of her previous teams and hasn’t just rested on her laurels. She consistently brings in top recruiting class after top recruiting class to Columbia. Her teams always draws huge crowds and leads the nation in attendance year in and year out. She’s a winner plain and simple.

When the news broke last week that the Portland Trailblazers had called and requested permission to speak with Dawn Staley regarding their vacant head coaching position, I can’t honestly say I was surprised. I think the day that we get a woman head coach in the NBA is not that far away. In face it could be as soon as next season. It makes a lot of sense that Dawn Staley is mentioned in these conversations. The former WNBA and Olympic star is no doubt one of the top females in the sport. She’s a great coach and knows more about the game than most of us could ever dream to know. She’s already a trailblazer and an icon and there is no doubt in my mind that she would succeed at the NBA level.

With all of that being said I don’t think Dawn Staley really has the desire to do that. Coach Staley has been adamant that her passion is to grow the sport of Women’s College Basketball. That’s exactly what she is doing now. Just like she did for the USA in the 1996 Summer Olympics she is the flag barer for the sport. She’s the coach for the Olympic team, she is the best recruiter the sport has, and fights to grow and improve the game at the college level. She has done that at South Carolina taking women’s basketball from a second tier sport to pride of the University. Not to mention when they mention during the Olympics that she coaches at South Carolina, that has to be good for business, right? I think Dawn Staley wants to stay at South Carolina and in Women’s College Basketball.

However, if you are Ray Tanner you HAVE to be sure. Tanner has hire two football coaches and two baseball coaches in his short tenure as the AD at South Carolina, but making sure Dawn Staley is happy and feels appreciated and wants to stay in one of the biggest responsibilities he has had to date.

Staley’s current salary is around 1.5 million dollars. LSU just hired Kim Mulkey away from Baylor and she is scheduled to make 2.5 million dollars this season. If you are Ray Tanner you need to at least match that. She’s worth every penny. She should have two national titles by now, thanks covid, is it too soon to name the court after her? WHATEVER it takes. Can she get one of those Coach K lifetime contracts? Make it happen!