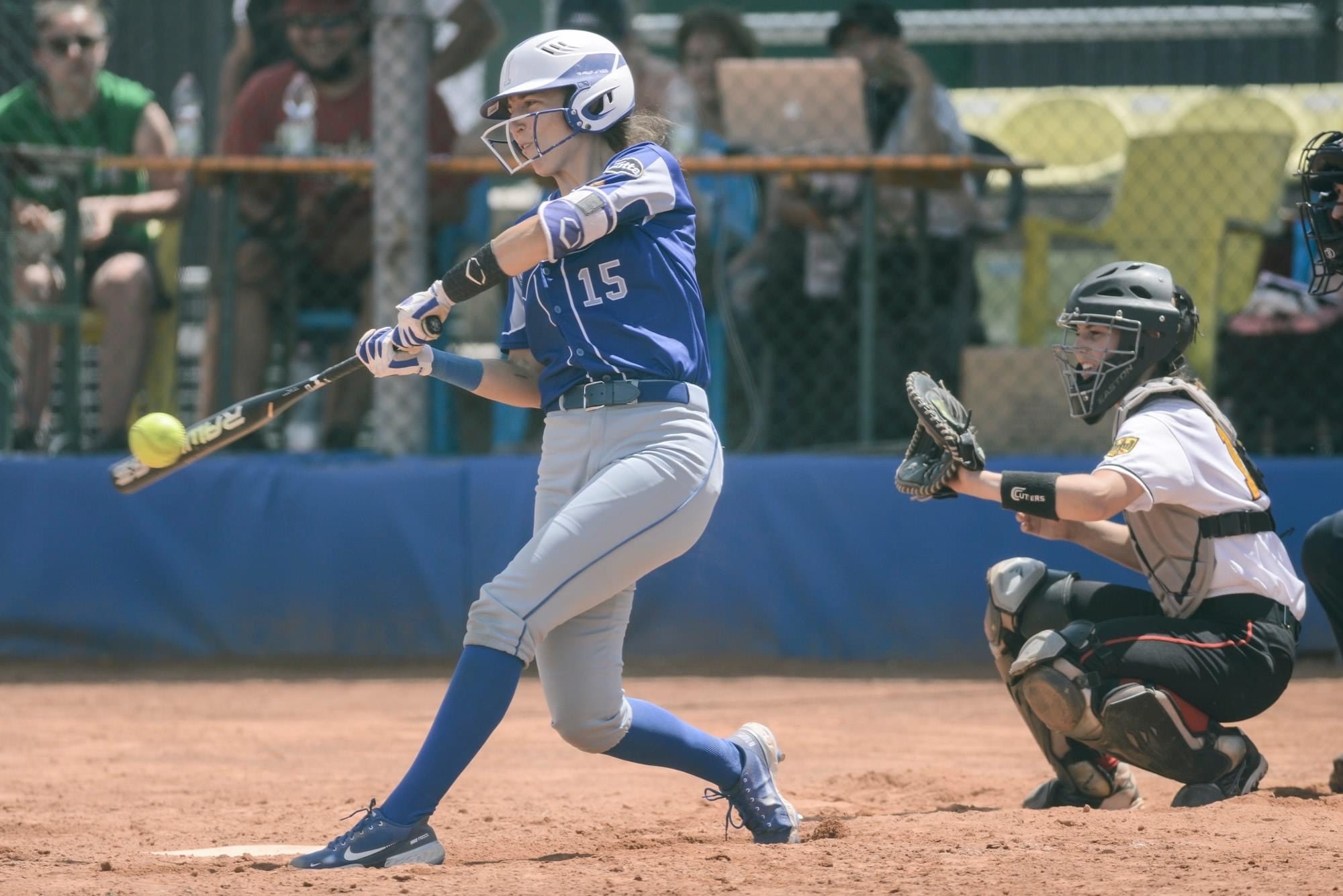 USC Upstate graduate Elisa Cecchetti ’19 will soon realize a childhood dream as she awaits the start of play in the 2021 Olympic Games in Tokyo, Japan. The native of Bollate, Italy will participate for her home country as a member of the Italian National Softball Team. She has been a member of Italy’s national softball program for over five years.

“Going to the Olympics is a dream come true. I’ve been waiting for this moment for a long time and I can’t wait to step on the field and play at the highest level. I’m so proud that I’m able to represent Upstate on the biggest stage. Go Italy and Go Spartans!” said Cecchetti.

Though a catcher in college, Cecchetti plays a versatile role for the Italian team. Cecchetti most recently helped lead her team to victory in the European Championships sweeping the championships with a perfect 11-0 record. She went 2-for-3 with an RBI as the left fielder in the championship clinching win over Netherlands. The Italian team outscored their opponents 125-6 in those 11 games.

In her last dozen appearances in International competition, Cecchetti is hitting .486 (17-35) with four triples and 10 RBI.

Ranked ninth in the world, Italy will open the “Tokyo 2020” Games on Tuesday, July 20 at 11 pm ET as it takes on the United States at Fukushima Azuma Baseball Stadium in Sabara, Fukushima. Italy will then play Australia on July 22. Opening Ceremonies are July 23rd in Tokyo. Broadcast information for softball contests can be found at NBCOlympics.com.

“What a great person and role model she is. Chetti was a great teammate and an awesome student here at Upstate. A great, athletic, catcher with a lot of knowledge of the game. We are so proud of her!” said Hawkins.

Over two seasons with the Spartans, Cecchetti played in 79 games and had 5 homeruns and 17 RBI, and was named to the NFCA All-American Scholar-Athlete List in 2019. While at TCC, she hit .342 with 46 RBI in 89 games and was a Second Team All-FCSAA selection in addition to being a First Team All-Academic NJCAA selection.

This story is from USC Upstate Athletic Department upstatespartans.com