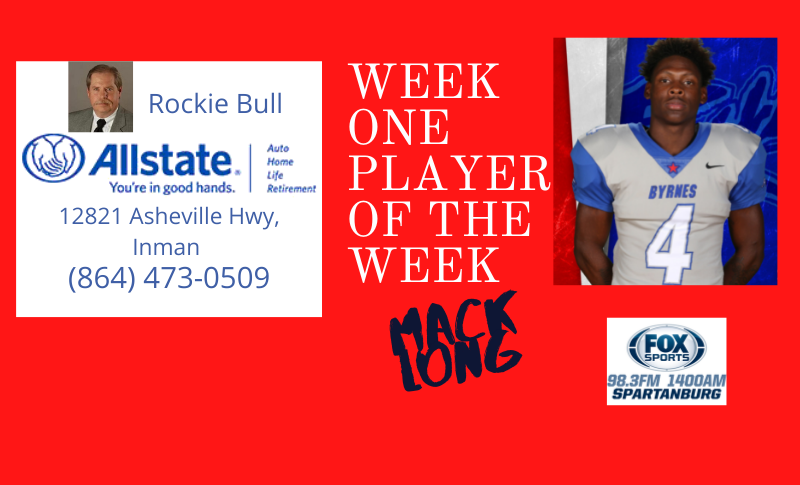 Byrnes running back Mack Long is our week one player of the week presented by Rockie Bull Allstate Insurance.

Long helped led the Rebels to a big win over the Chapman Panthers this past Friday night as he contributed to the win on both the offensive and defensive side of the football.

On the defensive side of the ball Long had two of the biggest plays of the game deflecting one Chapman pass that kept the Panthers from a potential score and intercepting a pass in the end zone late in the fourth quarter that helped seal the win for the Rebels.

The Rebels won the game 37-27 and are now 2-0 on the season with Dutch Fork coming to town this Friday night.

Congratulations to Mack Long our Fox Sports 1400 Player of the week for week one presented by Rockie Bull Allstate Insurance.