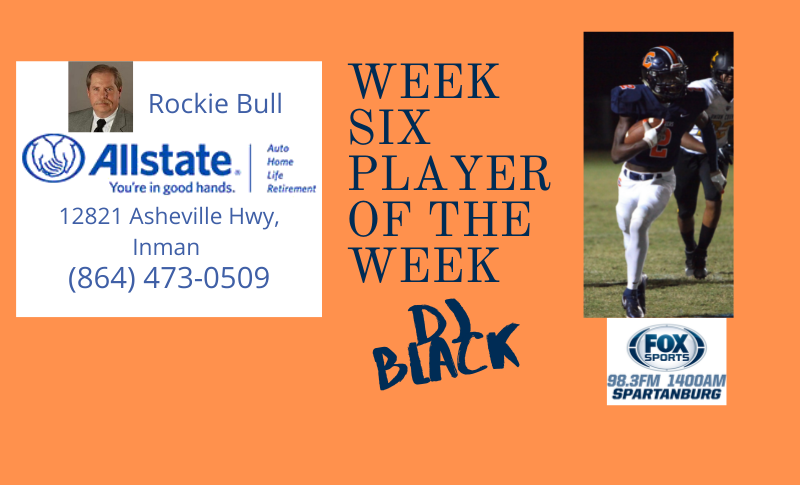 Week Six Player of the Week

Week one of region play is in the books and we had some great performances in week six of the high school football season.

Standing out above the rest in week six was Chapman wide receiver DJ Black. DJ had a huge game in Chapman’s win on the road at Woodruff as the Panthers knocked off the Wolverines 54-35.

Black caught 12 passes for 270 yards and five touchdowns. He also had one rush for another touchdown, giving him six total touchdowns on the night.

The Panthers are now 1-0 in region play and this week they will try to go 2-0 as they will return to Inman to take on the Emerald Vikings.