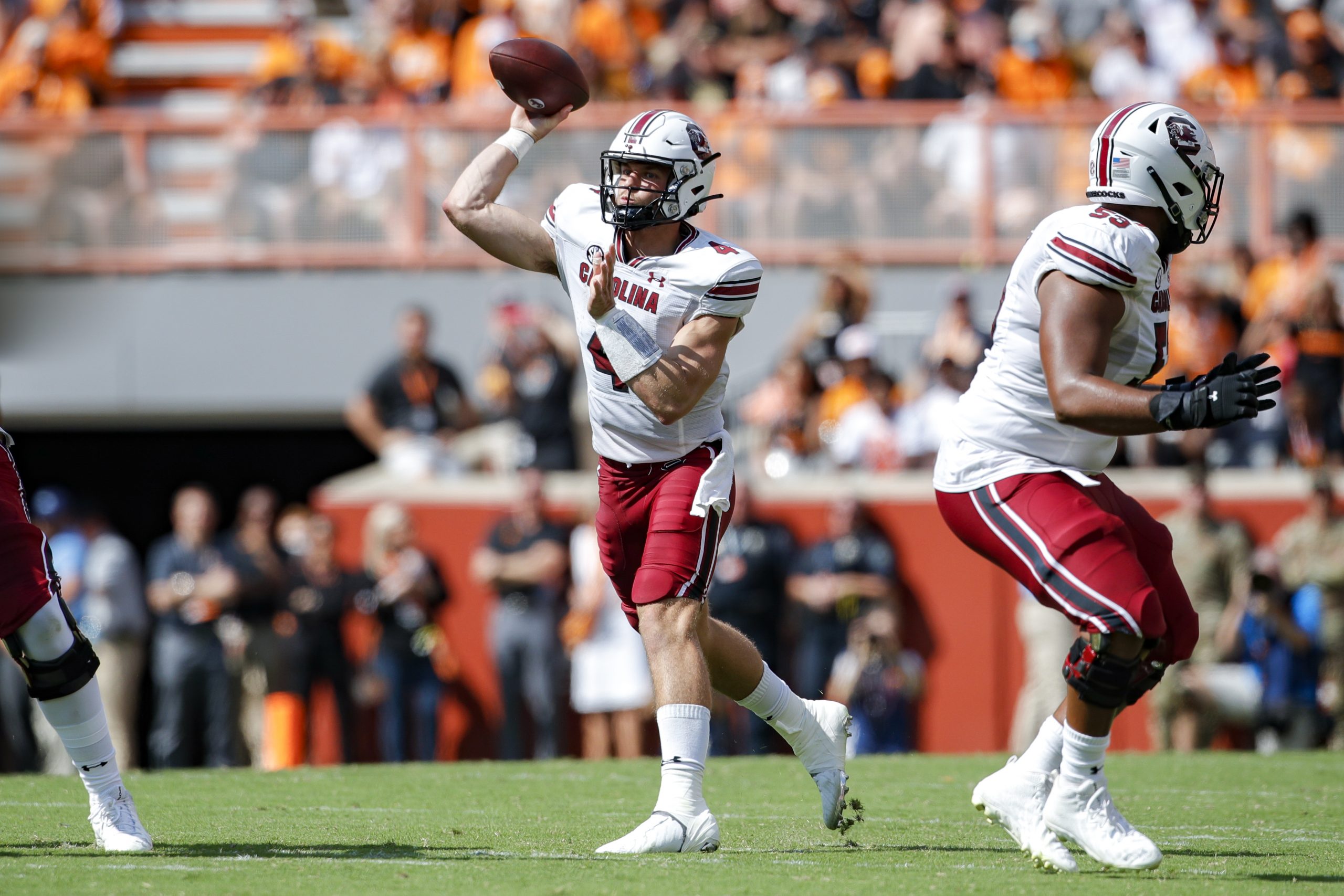 Doty Out For Season

Since the start of the football season I have said on Bump and Run many times that Luke Doty is not 100%.  We knew that he suffered a foot injury and was questionable for the start of the season but was slated to be the starter all off season.

Zeb Noland was switched from a grad assistant coach to the starting quarterback in just a couple of weeks time, but we were told that Doty would be fine by the first game.

We were told he would be ready to go against East Carolina, that he was 100% and would be able to go if the offense needed him against the Pirates.

They needed him and. He didn’t.

When he finally did come in and took over at the quarterback position, after Noland went down with an injury against Georgia, he just didn’t look right.  We were told from the time he stepped foot on campus that he was one of the fastest players on the team.  Yet when he got in the game he hardly ran the ball.  That came across weird to me.  Wouldn’t a guy with great running ability, run the football at least some of the time?

Yet we were told he was 100%. Believing that he was 100% and playing like he was should have scared Gamecock fans to death.  This is the future? This is the guy that is suppose to be the quarterback for the next several years?

I don’t think Coach Beamer was lying like the last coach use to do. I think he was just saying he was 100% healthy, when he actually should have just said he was healthy enough and 100% cleared to play.

Today we learned from Coach Shane Beamer that Luke Doty will have season ending surgery on the same foot that he injured at the beginning of fall camp.  Beamer stated that it is unclear when Doty “re-injured” the foot.

I’m no doctor, but what I gather from all this is Luke Doty hurt his foot and tried to play through the injury, which is fine if that’s what he wants to do. He was likely told that he could play on it and it was about managing the pain.  Happens all the time.  Now he has decided to have the injury operated on and start rehabbing for next year and let Zeb Noland finish the 2021 campaign.

Hopefully that is the case that his foot injury didn’t allow him to do all these things and be the best that he could be.  Maybe next year Luke Doty is truly 100% healthy and ready to play and can run and stand and throw, if not or if this wasn’t the real reason for what we saw, Beamer better start looking in the transfer portal for another answer.

Will there be a big name quarterback there? What going to happen with the QB situation at Oklahoma?