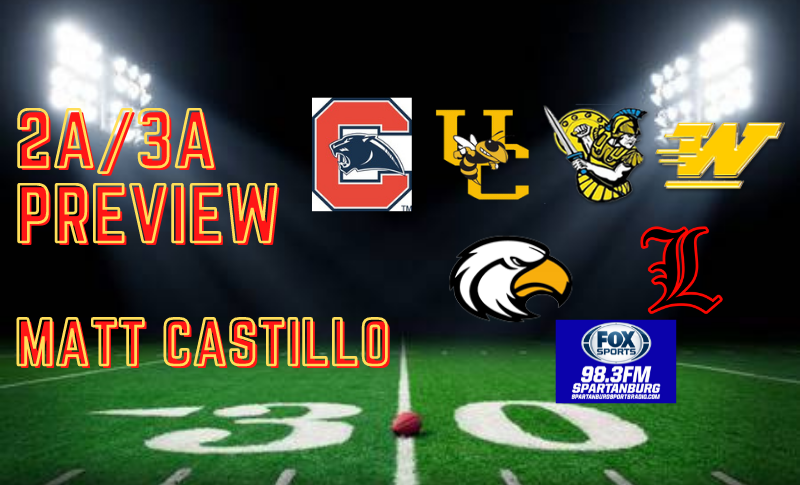 The playoffs are closing in and there are a lot of big games in our area this week, Let’s take a look at the matchups from 2A/3A games in our local listening area.

Both teams are coming off regions wins last Friday night.

Woodruff pounded Emerald by a final score of 42-6. The combination of Carson Tucker and Nemo Cochran combined for 4 out of the 5 passing touchdowns. The Wolverines would like to see that combination produce big numbers again this week.

Broome was able to beat Union 54-27, which was a big region win to keep their playoffs hope alive, and a win against Woodruff would help their cause even more.

Right now I am leaning towards Woodruff to win this game and be in prime position to be in the playoffs.

Thanks to a big region win over Clinton last week the Chapman Panthers are in prime position to win another region title.

Union County suffered another loss last week to Broome in a game where they once again had their changes but couldn’t make enough plays to win their first game of the year.

This week doesn’t get any easier for the Yellow Jackets and I believe this will be another win for the Chapman Panthers.

The Chesnee Eagles had a thrilling come from behind win against the Landrum Cardinals last Friday night.

The Eagles were down two scores but battled back and tied the game with under five minutes to play. They were able to move down the field and kicked a game winning field goal to pick up their first region win.

Blacksburg has really struggled this season especially on offense and I think there struggles continue against Chesnee defense give me the Eagles to win this one.

The Landrum Cardinals as mentioned above lost a heart breaker on a final second field goal to the Chesnee Eagles last Friday night.

For the most part of the game it felt like Landrum was in complete control but the Eagles made some adjustments and flipped the script.

The Cardinals will look to avoid losing two in a row and I think they have a pretty good shot at doing that against Legion who has struggled mightily this year. Give me the Landrum Cardinals to win this one.