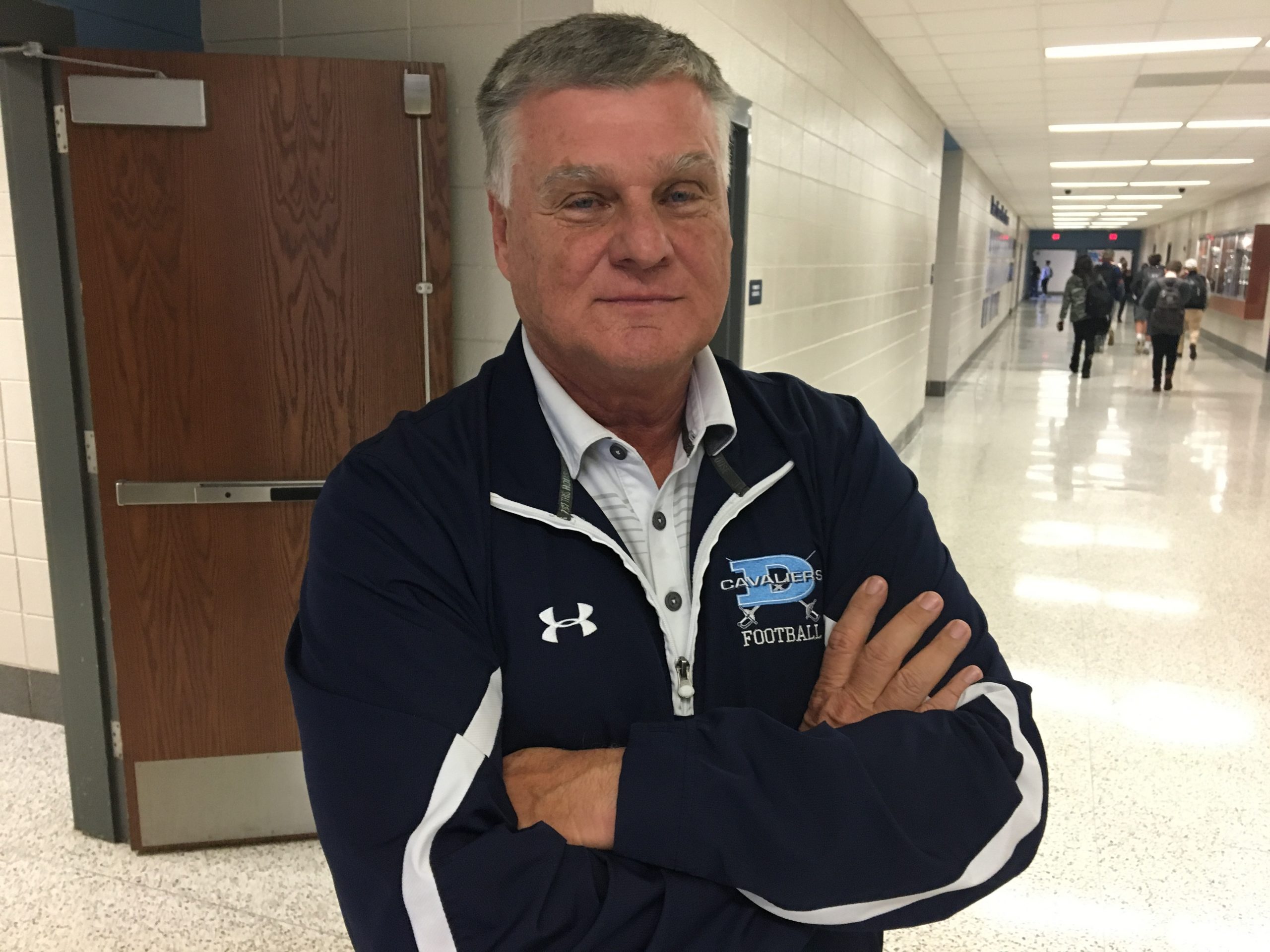 The following is a press release from Dorman High School and District 6 announcing the retirement of Dave Gutshall as Dorman’s Head Football Coach. Gutshall has been at Dorman for 29 seasons and has led the program to two state titles and 279 wins. Gutshall is currently the winningest active coach in South Carolina.

Today, Legendary Dorman High School Head Football Coach, Dave Gutshall, informed Spartanburg School District Six of his intention to retire after 29 years on the field. In a meeting with the Cavalier football coaching staff and players, Gutshall shared his retirement plans and his intention to spend additionaltime with his family.

Coach Gutshall began leading the Cavalier football program in 1993, and he tallied a 279-105 record during his Dorman tenure. This equated to an incredible 72.6% winning percentage.  He led Dorman to the state championship game eight times, winning the title in 2000 and 2009.  Under his leadership the Cavaliers also won ten region championships.

Gutshall says “There have been so many supportive people in the community during my years at Dorman who have stayed close to me including former players and coaches and I’m so appreciative to them.  The players and coaches are like family to me because of the relationships that you build with them.”

Spartanburg School District Six Superintendent Dr. Darryl Owings says, “Coach Gutshall has led and directed our Cavalier football program to a level of success known both statewide and nationally. We are truly grateful for Coach Gutshall’s dedication and commitment to Dorman High School. He is a true legend.”

Coach Gutshall’s stats and reputation earned him a spot in the South Carolina Athletic Coaches Association Hall of Fame and the South Carolina Football Coaches Association Hall of Fame.  When asked what he will miss about coaching, Gutshall says “I will miss the players and the day-to-day relationship with the players.  I’ve spent my whole life with 17 and 18-year-olds and that has kept me feeling young.  I will also miss the coaching staff because you spend so much time with them that they become part of your family. I’ve always felt like I’ve had two families…my family at home and my football family.”

Prior to coming to Dorman in 1993, Coach Gutshall coached at three schools in North Carolina including Madison Mayodan from 1978 to 1981, Kinston in 1982 and Burlington Cummings High School from 1983 to 1992.  His overall career record is 418-145 with five state championships.  According to Maxpreps, going into the 2021 season, Coach Gutshall was ranked #16 among the winningest active high school coaches in the country and the #26 winningest high school football coach of all-time in the United States.

In addition to spending extra time with his family, Coach Gutshall is already making plans to travel.  “I’m going to miss coaching but I’ve been going to football practice for 60 years because my dad was my high school coach, but I’m working on a plan to fill that little hole.  I look forward to taking a fall trip next yearto see the leaves change in New England that I’ve never been able to do because of football season.”

Coach Gutshall’s ability to change enabled him to be one of the most successful coaches in the nation.  He said, “I’ve always liked change, it keeps me on my toes.  I’ve never had two offenses the same in my coaching career.  If you want to be successful every year, you have to plan around what your students can do because in high school you can’t recruit.  Being willing to change is one of the reasons I’ve had the longevity that I’ve had.  For me, it was always about what can we do to get a first down.”

Coach Gutshall will remain on the staff at District Six for the remainder of the school year.  The search for his replacement will begin soon.

3 Things Round 2
Round Two 5A Preview