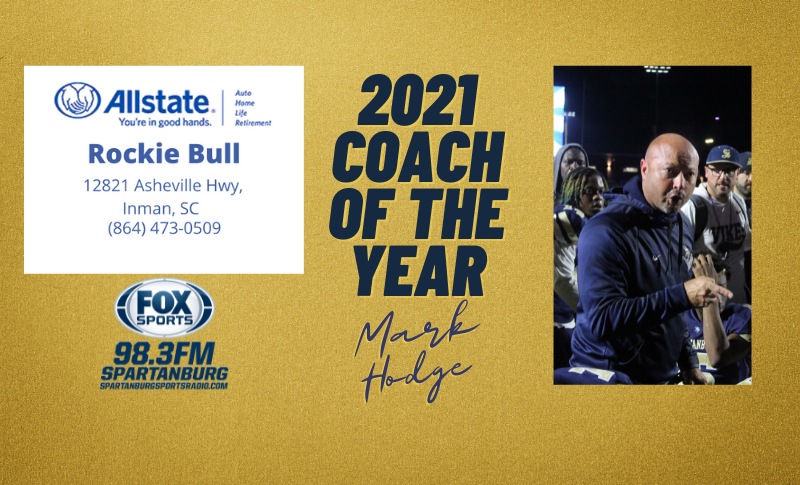 When Coach Mark Hodge left Chapman to take over as the head coach of the Spartanburg Vikings, we knew the Vikings were going to get better.  In his first season, affected heavily by COVID, the Vikings took some small steps in that direction. In 2021 those small steps turned into a giant leap.

The Spartanburg Vikings were expected by many to be one of the teams fighting for a playoff spot in 2021.  That feat would have been an improvement for the Vikings that had won four games the year before and just three football games in 2019.

But finishing the season behind Dorman, Byrnes, or anyone else in their region wasn’t in the 2021 Spartanburg Vikings Plans.  Coach Hodge led the Vikings to the region title and the Upper State Championship game.  The Vikings ended 2021 with a 9-4 record overall and went undefeated in region play.

That giant leap forward is why we have selected Coach Mark Hodge as the 2021 High School Football Coach of the year.  Congratulations to Coach Hodge and the Vikings on a great season!