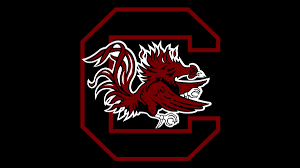 For certain, if there is one thing we have learned about this team this season, it is that they are no strangers to adversity. Sure, everyone has dealt with Covid-19 and injuries over the last 2 years. But, one cannot deny that South Carolina seemingly has had some sort of extra bad voodoo on them. It took until January to fully get everyone on the roster healthy this season, with covid issues in December and sporadic injuries since the start of the season. They have dealt with recurrent issues in their performance on the court, struggling to shoot well, making mental mistakes, and turning the ball over. They have faced times where their best players have been in a slump they could not break. They have consistently struggled in the first half only to fight tooth and nail in the 2nd half. Case and point, these Gamecocks are battle-hardened against adversity.

The Gamecocks were facing even more pressure and adversity 2 weeks ago, when they had lost 4 in a row and were off to a 1-4 start in conference play. Any hope of making any kind of run at any postseason tournament at all was looking bleak. Something had to give and someone needed to step up big time in order to right the ship, and the Gamecocks were entering a stretch in the schedule that gave them that opportunity with winnable games against Vanderbilt and UGA.

The Gamecocks responded, as they have consistently shown this season, with resilience in the face of adversity. They took care of business against Georgia and Vanderbilt. Even those 2 games were not without their struggles. Carolina found themselves down in the first half in both games. But, we saw them overcome that with big steps up in the 2nd half by the likes of Erik Stevenson, and James Reese. Jermaine Couisnard also managed to get some of his “swagger” back. All of these things fell into place exactly when and how they needed to for the Gamecocks to steer back in the right direction. They passed their first major gut check.

That push to stay on the right track continued this past week with South Carolina going 1-1. On Saturday, they traveled down to College Station to take on the Aggies. As had been the trend, in the first half, the Gamecocks could not get out of their own way. In reality, they actually put forth their best 1st half performance all season offensively, trading baskets and never having fallen into a significant deficit. However, every time Carolina came within a possession or tied it, they would end up shooting themselves in the foot with a costly foul or by letting A&M get inside on them. Still, they were in it, trailing by just 4 at the half 31-27.

Once again, USC answered the bell and fought back with a strong 2nd half. The Aggies went cold for about 4:00 midway through, and the Gamecocks took full advantage of it, flipping the game on its head with a 17-1 run highlighted with back to back 3 pointers from Jermaine Couisnard to tie it at the under 12 media timeout and to take the lead coming out of it. From there, they never looked back. A&M would pull back to within 2 possessions with a 10-5 run, but would pull away for a 74-63 quad 1 road win.

Four scored in double figures for Carolina. James Reese led the way with 20 points, marking the 5th time in the last 7 games he has been in double figures. Jermaine Couisnard and Erik Stevenson had 13 points each, and Keyshawn Bryant contributed with 12. Texas A&M shot just 20% from behind the arch (5 for 25), and was held to under 40% from the field. Also of note is that South Carolina scored 20 second chance points off only 13 offensive rebounds.

The Gamecocks traveled over to Mississippi State on Tuesday to face the Bulldogs after a brief stay in Texas with a chance to up the win streak to 4 games. Mississippi State is a team that plays very well on their home court, having only lost 1 of the 12 games played in Humphrey Coliseum this year prior to Tuesday. They are a very good shooting team, averaging 74.3 points per game and shooting 47.6% as a team from the field, and that ability to score in the paint certainly was a key difference against the Gamecocks.

It took USC nearly 2 and a half minutes to finally get on the board, and during that time span, the Bulldogs set the pace, putting Carolina in an early 6-0 hole with a run that included consecutive jumpers from UNC transfer Garrison Brooks, who logged 18 points and 9 rebounds for MSU. The Bulldogs would go on to shoot 60% from the field in the first half compared to South Carolina’s 35%, and logged 7 points off 5 turnovers by the Gamecocks to establish a commanding 45-23 halftime lead. It would take one heck of a 2nd half comeback to erase that, and though the Gamecocks did manage to go on a 20-8 run over the last 8 minutes of the game, they were just in too deep to dig out, and the Bulldogs controlled it wire to wire to win 78-64.

Overall, South Carolina was simply out played by a more talented and better shooting team. Mississippi State out shot USC 54%-41% from the field and 44.4%-27.8% from downtown, with 4 in double figures. Only 2 Gamecocks were in double digits – James Reese and Devin Carter, upping Reese’s streak to 6 of the last 8 games with 10 or more points. He tallied 15 while Carter scored 10. The next closest scorer for South Carolina was Erik Stevenson with just 6 points.

So, what exactly went wrong compared to the last 3 games for Carolina? Aside from going on long scoreless stretches where Mississippi State would rattle off big scoring runs, only James Reese really stepped up to the plate for USC. Erik Stevenson, who has been huge for the Gamecocks during the 3 game win streak, had a setback along with Jermaine Couisnard. Between the 2 of them combined, they scored just 13 points after averaging 14.6 points per game combined during the streak. South Carolina also did not get rebounds like they had been. MSU out rebounded the Gamecocks 41-24, with 29 of theirs being defensive rebounds. South Carolina also made several costly mental mistakes that definitely added up.

So, what is the outlook for Carolina going forward? We are officially entering the home stretch of the 2022 college basketball regular season. It is crunch time. For the Gamecocks, that means it is time once again to respond. They have to rebound from a bad game and get back on the horse quickly. This team cannot afford to go into another slump and lose 3 or more in a row. It is once again time for a gut check and time to show that they can overcome adversity. That will not be easy, as the schedule is brutal from here out.

The Gamecocks still have to face top 25 ranked Tennessee (who absolutely embarrassed Carolina a few weeks ago), Kentucky (who is ranked 5th), a top 25 ranked LSU, hot-shooting Mississippi State again, a pretty good Alabama team that is on a roll right now, and the number 1 ranked Auburn Tigers. They also will play Ole Miss, Mizzou, and Georgia in that span, which honestly look like they could be must-wins for Carolina.

Right now, the Gamecocks stand at 13-8 overall and 4-5 in the SEC. They are not in the discussion for either tournament, which again is why it is absolutely crucial that Carolina not lay an egg these last few weeks of the season. If the goal is to make the tournament, it probably is not happening. The NIT can, but either way, Carolina needs to pick up some quality wins. They will have to find a way not to fall into deficits early and they will have to be aggressive but effective shooting the ball in pretty much every game from here out.

I will say this.. If they don’t respond to the pressure well, it may be time to think about finally pulling the plug on Frank Martin. Frank has no doubt coached his butt off lately to keep the team fighting to claw back into games in the 2nd half. But, at what point do we stop relying on 2nd half adjustments and someone stepping up and start playing with that mindset and intensity for a whole game? If they could do that, the Gamecocks would be in great shape. But, if they can’t, it could be time for a change of leadership. Right now, just one thing is clear. It is time for a major gut check for both Frank Martin and his team.

They’ll get their first crack at proving themselves again Saturday against Tennessee with tip off set for 1:00 PM at Colonial Life Arena on CBS. Then they will host the Kentucky Wildcats Tuesday night at 7 on either ESPN or ESPN 2.