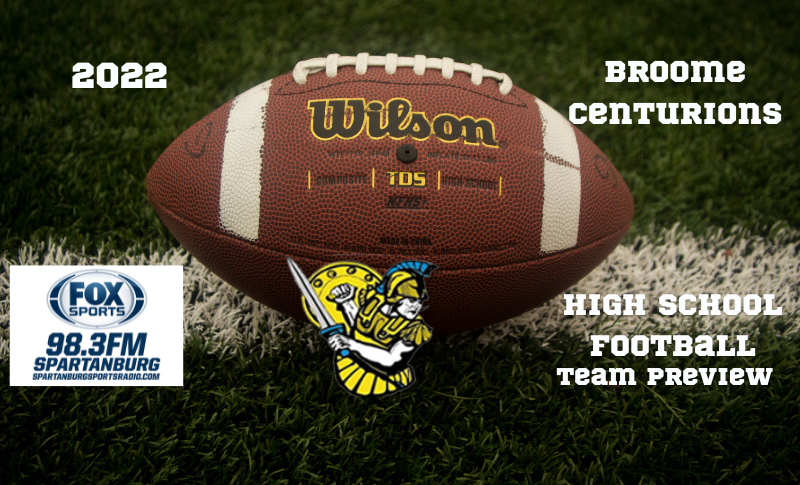 The Centurions had their chances in that game and it appeared like they were heading to the second round of the playoffs but Powdersville found a way to make just one more play to end the Centurion’s season.

Broome is heading into the 2022 season looking to make the playoffs once again and will be looking to make a deep run. The Centurions will face the challenge of replacing Dylan Ramirez, who was a standout for multiple Broome sporting teams, but the Dual-threat QB was a vital part of the team’s success.

Cohen and Wilkins are the starting wide receivers that can potentially be a dangerous duo that can fill up the stat sheet. Quinn is a linebacker for the Centurions and is expected to be the leader on defense. O’Dell is the star in the trenches that plays both Offensive line and defensive line for the Centurions.

Overall, Coach Lynn Fleming always has his team ready to go and I expect that to be the case once again this season! I see the Centurions winning around 4-5 games in the regular season with a couple of region wins, which should make them eligible for the playoffs once again.