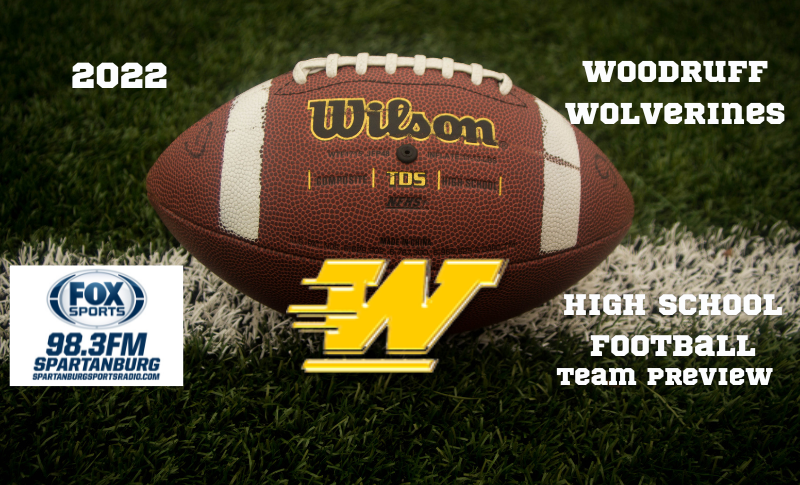 Woodruff football has been known for one thing in recent history – having a strong offense that is based on having a couple of strong playmakers at wide receiver, incredible running backs, and an agile QB with a quick arm and enough pocket presence to find his big targets downfield for big plays. Over the last few seasons we have seen that play out especially with QB Carson Tucker, running back Damarian Elmore, wideout Mathias Dial, and DB/WR Nehemiah “Nemo” Cochran. And who could forget Shemare Dendy and Zy Scott from just a couple of years ago? .

In 2021, the Wolverines went 5-6 overall and leaned heavily on their offense that was able to score points in bunches and force a lot of shootouts, averaging just a hair over 35 points per game last year.

This season will feature a slightly different look with the graduation of key playmakers Damarian Elmore and Mathias Dial. As a matter of fact, the wolverines will return just 4 guys on the offensive side of the ball.

Carson Tucker will be back for his senior season (some of you are probably going “Hasn’t he been around for 20 years?”. It sure feels that way since Tucker has been on the varsity roster since he was a freshman and has been the QB1 since he was a sophomore). Having a 3rd year starter at the helm is something that excites Woodruff head coach Bradley Adams (well, that probably excites a lot of the Wolverine faithful..), and if he stays healthy, this season has the potential to be the best we have seen from Tucker.

Wide receiver Tae Goggins, who had a solid junior season in 2021 also returns along with Nemo Cochran. Aside from having a veteran quarterback, Coach Adams is also extremely excited about what this wide receiver tandem can do as well as the potential for a breakout season from newcomer DJ Nash, who is a 2 way player that we will also see at safety.

On the defensive side of things, the Wolverines had some struggles in 2021, as they surrendered an average of just shy of 35 points per game. They do return 7 players from that 2021 squad that was a bit on the youthful side of things. However, in spite of the experience returning, size may still be a bit of a disadvantage.

One of the strong traits of this team according to Coach Adams is that they are a resilient bunch that plays extremely hard.

“We are most excited about this team playing as a unit. We do not have a lot of individuals. We feel like more of a team. The biggest thing that has stood out to me about them so far this Spring is their commitment to continue to strive to be the best that they can be.”

Woodruff will open their 2022 campaign with a tough test at Chapman on August 19th. It does not get any easier for them as they have one of the toughest schedules this year. Check it out below: