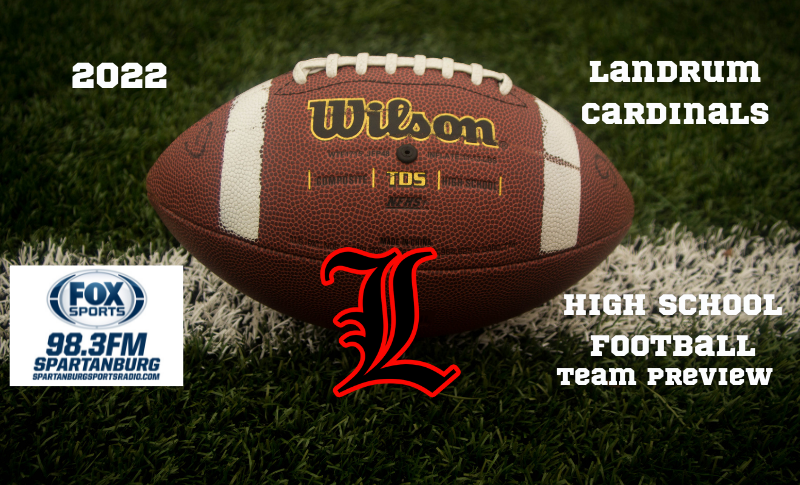 The Landrum Cardinals are coming off a season where they finished with a record of 4-6 and went 1-2 inside their region, which was good enough to secure a 3 seed in the 2A playoffs. That 4-6 record easily could’ve been a lot better for the Cardinals as they lost several heartbreakers throughout the course of the season.

The Cardinal’s season came to an end when they were defeated by Newberry in the first round of the 2A state playoffs when they fell 43-7. So, the Cardinals will look to build off of last season and make another run to the playoffs in 2022!

Another standout for the Cardinals would be Beckett Driggers, who is another senior for the corners who plays safety and wide receiver. Driggers was someone who made some big plays defensively and a couple of interceptions on the year so the senior will look to have more interceptions and game-changing plays this year.

The Cardinal’s season kickoffs on August 26th as they will take on Berea. The rest of their non-region schedule is St. Joeseph on September 2nd, Polk County on September 9th, Spartanburg Christian Academy on September 16, and Blue Ridge on September 23rd.

Landrum opens region play against Chesnee on September 30th. The rest of their region schedule is Ninety-Six on October 7th, Abbeville on October 14th, Liberty on October 21st, and their final region and regular season scheduled game is on October 28th against Blacksburg.

With realignment, the Cardinals will have more region games this year and a few new region opponents. Overall, The Cardinals with Coach Farmer always seem to be in the mix to grab a playoff spot and I believe that will be the case again. I see them winning 5-6 games in the regular season, it could be more if they can find ways to win those close games that they couldn’t quite close out last year.